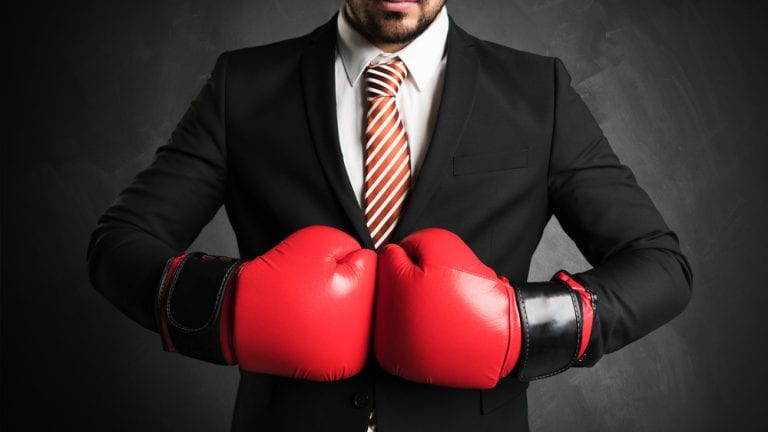 Attorneys like Thomas P. Riley have made a career out of suing small business owners by alleging that they (accidentally) showed a pay-per-view style boxing or soccer match at their establishment (restaurant, barber shop, or other retail outlet) without paying the licensing fee to the boxing promoter. However, the new generation of cases often arises from showing the fights as they appear on streaming apps like DAZN. Some courts have rejected the main legal theories advanced by these attorneys based on the use of the Internet, rather than old fashioned cable or satellite signals.

If a signal is received via the internet (which is neither a satellite TV transmission or a cable TV transmission), it falls outside the coverage of the alleged TV signal piracy statutes. Joe Hand Promotions, Inc. vs. Michael Cusi, et al. 2014 U.S. Dist. LEXIS 66474 at 6-7; see Ark Promotions, Inc. v. Justin.tv, Inc., 904 F.Supp.2d 541, 549. That case addressed that issue head-on and the court granted summary judgment in favor of the defendants for exactly this reason. The court noted that the discovery phase of the case was complete and plaintiff could not produce any evidence to support its claims under 47 USC section 605 or 47 USC section 552. Id. Furthermore, the court went on to state that it had “no confidence” in the assumption that the type of internet service could result in liability under sections 605 and 553, and it was “skeptical that feeds received over the internet from a third party violate sections 553 or 605.” Id. at FN4; see Joe Hand Promotions, Inc. vs. Shelley L. Spain, et al., Case No. 2:15-cv-00152-SMM, Document 39 filed on 8/5/2016. The case of Zuffa, LLC v. Justin.tv, Inc., 838 F.Supp.2d 1102 (D. Nev. 2012) also stands for the proposition that claims for TV signal piracy under 47 U.S.C. section 605 and 47 U.S.C. section 553 do not include circumstances where the defendant acquired the signal via the internet, as does Ark Promotions, Inc. v. Justin.tv, Inc., 904 F.Supp.2d 541, 549 (cited by the court in the Cusi case). This issue was also mentioned in the summary judgment decision in the case of Joe Hand Promotions, Inc. vs. Jacob Evans Albright d/b/a Miners Ranch Saloon, 2013 U.S. Dist. LEXIS 79268 (June 4, 2013 decided in the Eastern Dist. of CA) where the court stated that evidence that the program was received over the internet would be a defense. Id. at *15.

To further bolster the notion that neither 47 U.S.C. section 605 nor 47 U.S.C. section 553 apply to a signal received through the internet is the fact that §605 was drafted in 1934, and §553 was drafted in 1984, at a time when this technology did not even exist. It is inconceivable that the statutory intent would be to cover signals on the internet.

Courts in the Central District of California have repeatedly found that TV signal piracy statutes do not apply to internet signals. For example, see the case of G & G Closed Circuit Events, LLC vs. Catherine Samusick, Case No. 2:18-cv-01796-WDK-JC, Document 29, Filed 5/4/2020, granting defendants’ motion for summary judgment for this same reason. Yet another similar case in which this exact Court granted summary judgment for this same exact reason is the case of J & J Sports Productions, Inc. vs. Jade Thompson, Case No. 5:16-cv-01939-WDK-PLA, Document 59, Filed 9/20/2019.

Many cases involve an allegation that the signal for the fight program in question was received over the internet, meaning there was no cable or satellite signal that was intercepted, received, or exhibited. These apps allowing Internet sports streaming include DAZN, Fubu, ESPN+, and others. In such cases, there should be no case for TV signal piracy.


Contact a Sports and Boxing Piracy Attorney to Understand Your Rights

If you’ve received a letter or lawsuit from Thomas P. Riley or any attorney representing G & G Closed Circuit Events, LLC, Innovative Sports Management, Inc. DBA Integrated Sports Media, or J & J Sports Productions, Inc., contact an experienced business attorney to advise you of your rights. The attorneys at Talkov Law can be reached at (844) 4-TALKOV (825568) or online.

Ferdeza Zekiri is an attorney at Talkov Law in San Diego. The focus of her practice is real estate law and trusts, probate & estate law in California. She can be reached at (858) 800-3300 or ferdeza@talkovlaw.com