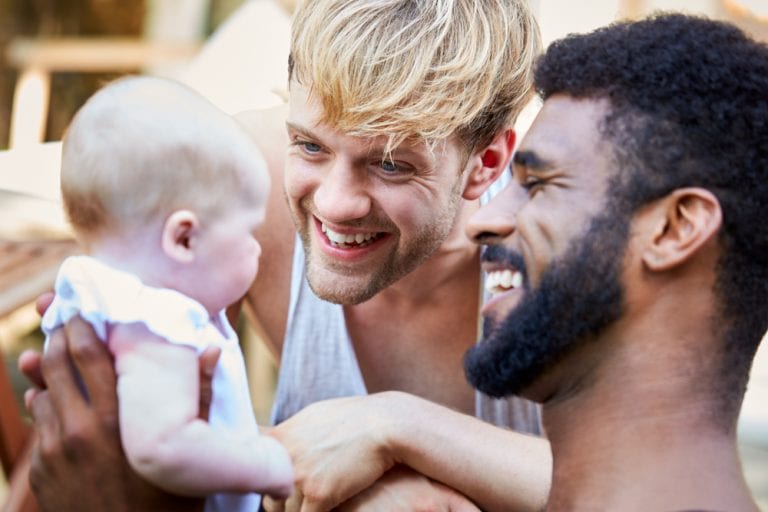 Adoption is much more than a legal process —it is a life-changing experience that helps hopeful parents build their families and children find forever families. However, it is also a complex legal process fraught with frustrating procedures and regulations.

Adoption is the legal process of establishing a legal parent-child relationship when the adopting parent is not the child’s biological or birth parent. Once the adoption is final, the adoptive parent(s) have all of the legal rights, duties, and responsibilities of any other biological or natural parent. That new parent-child relationship is permanent and is exactly the same as that of a birth family under the law, complete with a new birth certificate.

State laws regarding who can be adopted, who can adopt, and how can be pretty tough to figure out alone. Understanding the ever-changing California adoption laws before beginning the process can make the entire experience more palatable. Knowing the steps involved, the paperwork required and the time frame expected can help reduce the stress and allow potential adoptive parents, natural parents, and even children to be better prepared so that the process is as painless as possible. After all, isn’t adoption really the only “happy” part of family law?

Here is an easy-to-use guide to help you understand the basics of adoption laws in California.

No matter what the specific facts or issues involved in the adoption case, there are certain steps that need to occur each and every time. An overview of  those necessary steps for a simple adoption proceeding in California is as follows:

California law states that any minor child can be adopted by an adult, but there are some restrictions on who can adopt. Family Code 8601 provides that a person pursuing an adoption must be at least 10 years older than the child they wish to adopt. The only exception to this rule would be if the potential adoptive parent shares any of the following relationships with the child being adopted:

The specific process required to complete a legal adoption in California depends on the particular facts of a given case, as these facts determine what type of adoption is being sought.

2) Types of Adoptions in California

The adoption process is composed of two legal proceedings. The first part creates a legal parent and child relationship between the child and a non-biological parent. The second part of the process terminates the legal rights of one or more biological-birth parents. The termination of parental rights usually presents the most difficulty in an adoption proceeding.

3) California Adoption Consent Rules – Who Must Consent for a Child to be Adopted?

California has a series of rules in place that dictate who must give consent for a child to be adopted, and what can be done in the absence of the required consent.

In California, the following people must consent for a child to be adopted:

Some other important rules for adoption consent in California are that, in a direct adoption, a birth mother cannot give consent until after she has been released from the hospital where she gave birth to the child.

If a birth parent is deceased, a certified copy of the death certificate will be needed. If a birth parent cannot be found, steps must be taken to prove that a reasonable attempt was made to find him or her. Accurate records of all attempts to find a missing birth parent must be retained. A family court judge will ultimately decide if sufficient steps were taken. 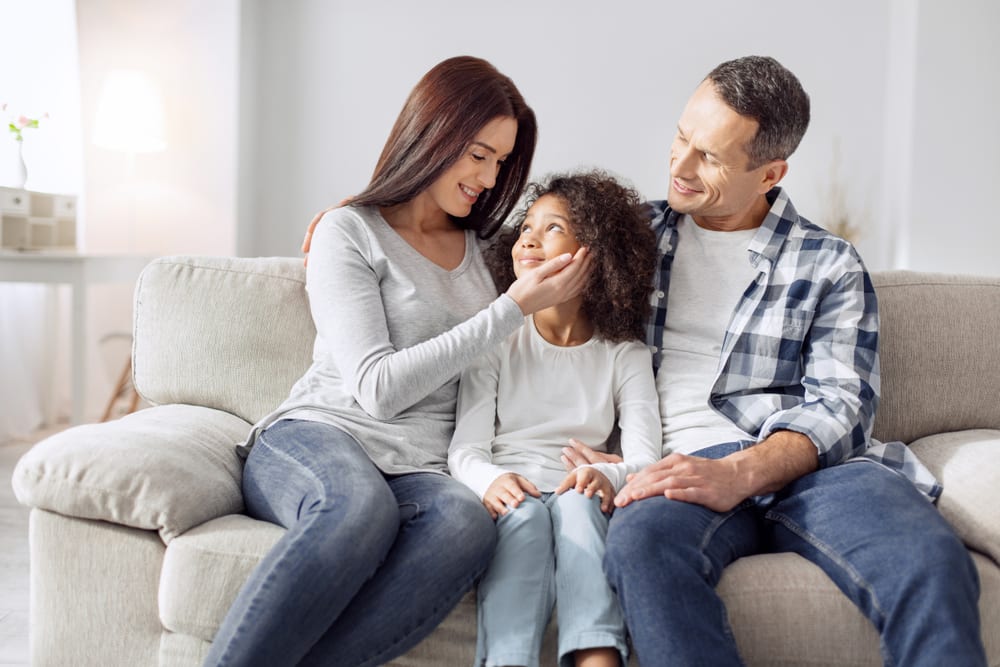 If the biological parent is unknown, or does not admit to paternity, consent may not be required. In other words, the consent of a father who is not married to the mother, or not named on the birth certificate, is not required as long as he has been given notice of the adoption, or the court has ruled that he does not need to be given notice. In this case, contacting a knowledgeable family law attorney is advised.

If a child was conceived through an anonymous donor, sperm or egg, documentation may be requested from the doctor or medical center.

A) What if a Birth Parent Changes Their Mind and Revokes Consent to Adoption?

In some situations, a birth parent’s consent to adoption can be revoked within 30 days of being granted.

The revocation period will vary depending on the type of adoption.

In an agency adoption, consent can be revoked within 10 days or before the Acknowledgment is issued by the Department, whichever is sooner. In an independent adoption, you may withdraw your consent within 30 days of execution. A birth parent can choose to sign a Waiver of the Right to Revoke, which makes his or her consent or relinquishment irrevocable at the close of the next business day.

However, if the child is subject to ICWA (Native American children), birth parents are legally allowed to withdraw their consent or relinquishment at any time prior to finalization of the adoption.

A parent can lose his or her parental rights either voluntarily or involuntarily.

Involuntarily terminating a parent’s rights is not easy, and for good reason. Parents have a fundamental constitutional right to parent their children and children have a constitutional right to a parent-child relationship. The process involved in terminating a parent’s rights and adopting a child is not always straightforward, and without a thorough understanding of this area of law it can be frustrating and confusing.

Assuming the petition properly sets forth a prima facie case to terminate the parent’s rights, the parties will each have the opportunity to present evidence and argument at trial in favor of their respective positions.

In making its determination on termination, the court will consider the ability of the prospective adoptive parent(s) to provide a suitable home for the child as well as the biological parent’s fitness and history as a parent, which can including looking at instances of domestic violence, payment of child support, drug and alcohol abuse, and ongoing presence (or lack thereof) in the child’s life.

It is at the final adoption hearing where the child is brought to court, the adoption decree is signed, and the celebration occurs! 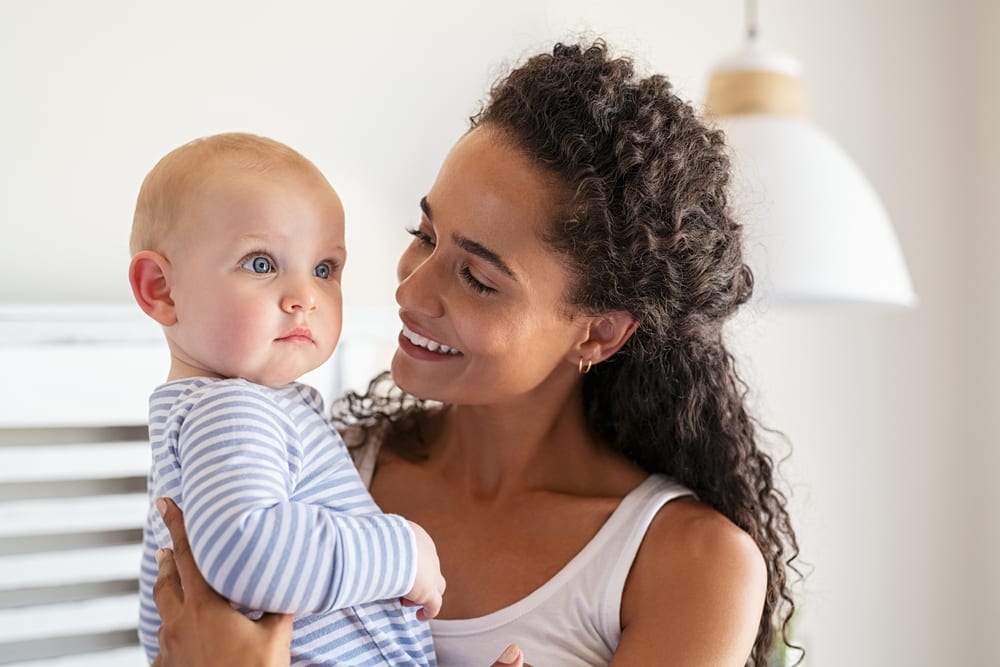 California adoption laws require the couple to be legally married or registered as domestic partners, but does not require a step-parent and spouse be married for a minimum time period before filing the adoption request.

Generally, the adoption petition is filed in the county in which the step-parent and parent reside with the child, and there is no requirement that the family reside in the county for a particular period of time prior to filing the petition, so long as they are actual residents.

The adoption process starts by either the prospective adoptive step-parent or the adoption attorney the step-parent has chosen to represent him or her, preparing and filing and serving the Adoption Request, with the required ICWA attachments. The attorney then contacts (or tried to contact) the absent biological parent to sign his/her Consent to Step-Parent Adoption, then file the consent or an action to terminate parental rights with the family court.

When the file is complete, the attorney files a Memorandum to Set to request an adoption hearing to finalize the adoption, along with the Adoption Agreement  (signed at the final hearing by the adopting parent, his or her spouse, the child if 12 years or older, and the judge), as well as the Adoption Order  (to be signed by the judge), and the form which will generate a new amended birth certificate for the child. Various counties also have many additional local forms that must be submitted.

There will also be an investigation (aka “home study”), before the step-parent adoption is approved by the court. The county and state want to make sure the child’s best interests are served by the stepparent adoption being granted and creating a new parent-child relationship. There will be a criminal history check of the adopting parent via fingerprinting.

The parent retaining his or her parental rights (i.e. the parent married to the step-parent) will not have to undergo the fingerprinting, criminal background check, etc.

Each county has a different fee for the investigation. Here is a current fee schedule for a few of the local Southern California counties:

However, prospective adoptive step-parents can instead select a private adoption agency or licensed social worker to do the investigation. It can be more streamlined and faster to do so. Most private agencies and social workers charge approximately $700, regardless of the county in which you live.

4) Do I Have to Hire an Adoption Attorney to Do a Stepparent Adoption?

There is really no portion of California family law that cannot technically be accomplished by a litigant representing him or herself. This is referred to as “pro per.”

There is also technically no reason I can’t fix my own car. As a non-mechanic, it would, of course, take me exponentially longer to fix my car than it would take a mechanic, and I cannot guarantee that I would complete the task as well as a mechanic would have. In fact, I may end up making the problem worse with my inexperienced floundering under the hood, requiring me to then pay a mechanic more money than I originally would have in order to fix whatever was originally wrong with my car in addition to the cost of remedying whatever damage I caused trying to fix it on my own.

But aside from all of those potential issues, there is technically no reason I cannot fix my own car.

While I have no doubt that there are people out there who have successfully completed their step-parent adoption without an attorney, even in uncontested adoptions, there are a lot of important legal issues involved.

Just one trip to the courthouse, waiting in line to file a document, and getting turned away because it was not done correctly, even assuming you found the right forms and completed them correctly, is usually all it takes to demonstrate how complicated and frustrating the court system can be for non-attorneys. Since the formation of your family is so important, finding a knowledgeable and reliable adoption attorney to make sure you get through the entire process without complication is just as important.

California’s adoption procedures are complex and trying to navigate them without help of a California family lawyer can be frustrating. If you have questions about the adoption process, contact our accomplished and dedicated attorneys by calling (844) 4-TALKOV (825568) or contact us online for a free consultation with our experienced family law attorney, Colleen Sparks, who can guide you through the court process in a prompt and clear manner.