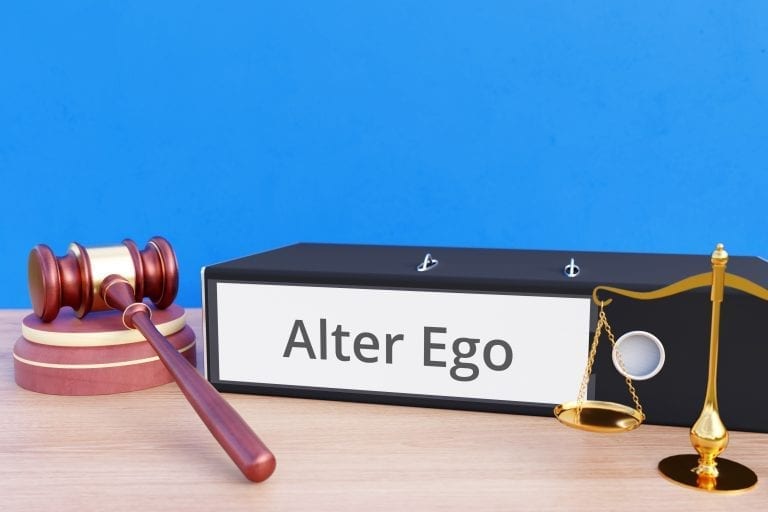 Many California corporations and limited liability companies have only one owner, principal, shareholder or member. When creditors are unable to be paid from the entity, they often seek satisfaction of their claim from the owner, and often can find evidence of what the creditor may call “commingling.” Specifically, many small business owners use a single accounting system, such as Quickbooks, to handle both their business and personal expenses.  However, a closer examination may reveal that the owner has a complete defense.

Specifically, the California Court of Appeal has rejected allegations that a corporation’s payment of the personal expenses of an officer establish alter ego liability if “the expenditures, for example, could have been made in lieu of salary or other compensation.” Aaron Air, LLC v. Universal Jet (Cal.App 2d Dist. Aug. 28, 2003) 2003 WL 22022002 (unpublished). Rather, the issue turns on the reasonableness. Courts reject alter ego liability where “[t]here [is] no evidence that the payments were excessive, as measured by market salaries, the number of hours worked or level of responsibility, or other criteria.” Wymore v. Minto (Cal. App. 1st Dist. Sept. 22, 2010) 2010 WL 3687511 (unpublished).

In another case, a creditor alleged alter ego liability because an officer “had diverted corporate funds and/or assets to other than corporate uses” through apparent personal expenditures which had no “legitimate business reason.” Folger v. Cottle (Cal.App. 4th Dist. Mar. 15, 2002) No. E028821, 2002 WL 414339 (unpublished). Rejecting this argument as mere “speculation,” the court in Folger found that there was “no factual basis for her claims that these were not legitimate business expenses.”

In yet another case, a federal court applied California alter ego law to find that a five-figure sum taken by a corporation’s president for personal use was not sufficient to meet the creditor’s burden of coming forward with evidence in favor of an alter ego finding. Cambridge Elecs. Corp. v. MGA Elecs., Inc., 227 F.R.D. 313, 329 (C.D. Cal. 2004). The court reasoned that “[w]ithout evidence that [the president] was not entitled to the money — e.g., that it was not part of his compensation or a legitimate dividend — his use of the money does not raise triable issues of fact warranting a trial. Stated otherwise, because piercing the corporate veil must be approached with caution, a court should not presume, in the absence of contrary evidence, that corporate officers are improperly discharging their duties.”

Similarly, an out-of-state court cited numerous California alter ego cases in affirming that a salesman who had regularly withdrawn funds from a corporate account was not the alter ego. Polaris Indus. Corp. v. Kaplan, 747 P.2d 884, 887 (Nev. 1987). The court found that this fact “does not establish that an injustice necessarily resulted from the corporation’s payment of [the salesman’s] personal debts. [The salesman] testified the payments were in lieu of salary.”

Sometimes, commingling allegations relate to loans to shareholders. In rejecting an alter ego allegation, yet another court found that although the “loans made to the [the shareholders] were not documented with loan agreements, they were recorded on the books and records of the respective corporations from which they obtained the funds. It is well recognized that it is not illegal for a closely-held corporation to lend money to its shareholders as long as such loans are properly recorded.” 718 Arch St. Assocs. v. Blatstein (In re Main Inc.), 213 B.R. 67, 91 (Bankr. E.D. Pa. 1997); see Kaplan v. First Options, 19 F.3d 1503, 1522 (3d Cir. 1994) ) (“Alter ego status cannot be inferred whenever shareholder withdraws some monies from a corporation without formally declaring a dividend or executing a note even if one of the withdrawals is made while the corporation is insolvent. If it did, every payment to a stockholder during insolvency would justify piercing the corporate veil”); Pazur v. Belcher, 290 Ga. App. 703, 709 (Ga. Ct. App. 2008) (“loans between a corporation and its owner, without evidence of actual abuse of the corporate form, do not support piercing the corporate veil”).

Further, a finding of alter ego was rejected where the bookkeeper was under the understanding was that the corporation “could use th[e corporate] checking account to ‘write a check for anything,” but that the officer would “pay taxes on” any “personal” expenses and bills. Taylor v. Clark, 140 S.W.3d 242, 247 (Mo. Ct. App. 2004). Indeed, the shareholder’s “personal expenses [were] charged against their ‘dividend’ account and individual tax returns showed that they had reported any amounts used for personal expenses as income. . . .” Based on these facts, the Taylor court refused to pierce the corporate veil “as many of the accounting practices, tax treatment, etc., at issue here are acceptable under the characteristics of . . . a closely-held corporation.”

The bottom line is that corporate officers, limited liability members and creditors alike should seek competent counsel from a corporate litigation attorney in California when issues of alter-ego and personal liability arise. Contact Talkov Law today at (951) 888-3300 for a free analysis of your situation.