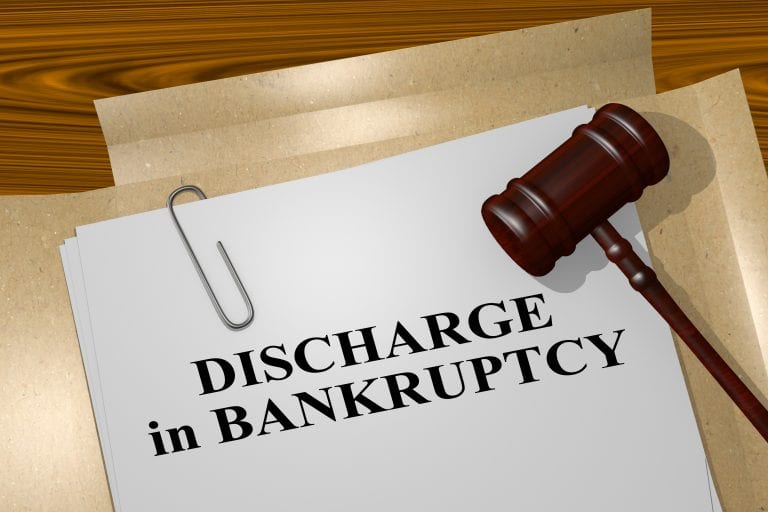 You may have recently received a letter from a trustee in a pending bankruptcy case indicating that the debtor received a discharge in the bankruptcy. You are not alone if you have no idea what this notice of discharge means. Does a notice of discharge mean that all preference (read about the two most heavily litigated defenses in preference actions here, here, and here), fraudulent transfer, and other proceedings in bankruptcy are halted? The short answer is: NO! This article is meant to explain what a discharge in bankruptcy is, and what it means for creditors and debtors alike.

Discharge in Bankruptcy Limited to “Honest but Unfortunate Debtors”

[A] central purpose of the Code is to provide a procedure by which certain insolvent debtors can reorder their affairs, make peace with their creditors, and enjoy a new opportunity in life with a clear field for future effirt, unhampered by the pressure and discouragement of preexisting debt.

Grogan v. Garner, 498 U.S. 279, 286 (1991). Notably, this quote from the United States Supreme Court limits the availability of discharge to “certain insolvent debtors.” This principle was expanded when the Supreme Court noted that the:

principal purpose of the Bankruptcy Code is to grant a ‘fresh start’ to the ‘honest but unfortunate debtor.’

Which Debts are Subject to Discharge?

Even when a debtor is “honest but unfortunate” and therefore subject to bankruptcy, certain debts are not subject to discharge pursuant to 11 U.S.C. § 523(a). Fittingly, this section is entitled “Exceptions to Discharge” and applies to discharges available to debtors in Chapter 7, Chapter 11, Chapter 12, and Chapter 13 bankruptcies. Typically, the non-dischargeable debts are such for one of two reasons.

First, certain types of debts are unavoidable (unable to be discharged) because the repayment of these debts are important as a matter of public policy. See In re Baylis, 313 F.3d 9, 18 (1st Cir. 2002). Examples of debts unable to be discharged include: taxes, domestic support obligations, and (painful for me to say) student debt obligations granted by the federal government. For example, one court stated: “Congress has set a high bar for discharging student loan debts.” In re Carnduff, 367 B.R. 120, 138 (9th Cir. B.A.P. 2007).

Second, bad acts engaged in by the debtor in creating the debt. For a full explanation of certain bad acts rendering debts non-dischargeable, please refer to our blog post on intentional fraudulent transfer.

Given this newfound understanding of what debtors and what kinds of debt are eligible for a discharge, the question becomes: what are the effects of a discharge in bankruptcy?

What Happens After a Discharge is Issued?

If you received notice of a debtor’s discharge in a bankruptcy proceeding in which you may have a claim against the debtor’s estate, you may be confused as to how this affects your rights to collect on the debts owed to you from the debtor. In short, like bankruptcy exemptions (i.e. a homestead exemption), discharges protect debtors from creditors.

The bankruptcy discharge releases the debtor from liability on debts and enjoins any creditor’s effort to collect a discharged debt as a personal liability of the debtor.

As explained immediately above, only the personal liability of the debtor is extinguished by a discharge in bankruptcy. Thus, secured liens on a debtor’s property remain subject to collection. For example, subject to a homestead exemption claim by the debtor, a discharge of a debtor’s personal liability on obligations secured by real estate does not effect the rights of a creditor to foreclose on the property to satisfy the outstanding obligation. See Johnson v. Home State Bank, supra, 501 U.S. at 84. The same is true for  judgment liens secured by a debtor’s property. See In re Garran, 338 F.3d 1, 5 (1st Cir. 2003).

Given that a debtor’s personal liability on pre-petition debts is extinguished by a discharge in bankruptcy, creditors’ rights against the debtor are clearly affected. But, to what extent are they affected?

In effect, a discharge in bankruptcy “operates as an injunction against the commencement or continuation” of any act by a creditor designed to collect on or recover a debt which arises solely from a debtor’s personal liability. See 11 U.S.C. § 524(a)(2).

Scope of the Discharge Injunction in Bankruptcy

Given that the discharge injunction only applies to “every debt that is discharged,” it logically follows that the injunction does not apply to efforts to collect on a debtor’s personal liability arising from non-dischargeable debts. See In re Lakhany, 538 B.R. 555, 562 (9th Cir. B.A.P. 2015).

Further, the injunction preventing creditors from collecting debts arising from a debtor’s personal liability is limited to prevention of collection of debts which arose before the date of discharge; thus, debts which arose after the petition are not subject to the discharge injunction. See In re Raynor, 602 B.R. 703, 705-06 (8th Cir. B.A.P. 2019). Given that the injunction arising from a discharge prevents actions taken to collect on an outstanding debt, it functions similarly to an automatic stay in bankruptcy.

Given that the discharge applies forever with respect to every personal debt of the debtor who is subject to the discharge notice, creditors are prohibited by the Code from undertaking any process “to collect, recover or offset any debt as a personal liability.” 11 U.S.C. § 524(a)(2).

For example, a recent case held that a creditor’s collection communications were in violation of the discharge stating: “the written correspondence and the telephone calls were knowing and willful violations” of the discharge. In re Marino, 577 B.R. 772, 783 (9th Cir. B.A.P. 2017).

Further, a creditor was recently held to have violated the discharge injunction after the debtor surrendered a car subject to a creditor’s security interest and the creditor continued to refuse to release the lien until the debtor paid the claim in full; a clear violation of the discharge’s injunction from pursuing the debtor for personal liability on a pre-petition debt. In re Pratt, 462, F.3d 14, 19-20 (1st Cir. 2006).

Even further, a creditor violated the injunction arising from the debtor’s discharge when it filed a proof of claim in a bankruptcy case after the debt giving rise to the claim was discharged in a previous bankruptcy. In re McLean, 794 F.3d 1313, 1322-23 (11th Cir. 2015).

Acts Which Do Not Violate the Discharge Injunction

There is no violation of the discharge if a creditor accepts voluntary payments made by a debtor; even if the payments are made by mistake; and the creditor is under no duty to inform the debtor that the payment need not be made. See DuBois v. Ford Motor Credit Co., 276 F.3d 1019, 1022 (8th Cir. 2002).

Further, actions taken by creditors against property which serves as a security interest on a debt owed by a debtor do not violate the injunction arising from a discharge. For example, a creditor who held a deed of trust against a debtor’s real property was not barred from foreclosing on the property in order to collect the debt, even though the foreclosure was initiated after the debtor was issued a discharge. Harmon v. U.S. through Farmers Home Admin., 101 F.3d 574, 579 (8th Cir. 1996).  Furthermore, a party who has an equitable lien on property of the discharged debtor may undertake actions meant to enforce its lien after the discharge has been issued in favor of a debtor. See In re Stratton, 106 B.R. 188, 193 (Bankr. E.D. Cal. 1989).

Furthermore, when a debtor’s personal liability on gambling debt was discharged in bankruptcy, the actions taken by a district attorney’s office in furtherance of pre-petition criminal proceedings related to the discharged debt did not violate the injunction. See In re Nash, 464 B.R. 874, 885 (9th Cir. B.A.P. 2012).

A creditor who violates the injunction arising from a debtor’s discharge will be subject to contempt proceedings under 11 U.S.C. § 105(a).

The court may issue any order, process, or judgment that is necessary or appropriate to carry out the provisions of this title. No provision of this title providing for the raising of an issue by a party in interest shall be construed to preclude the court from, sua sponte, taking any action or making any determination necessary or appropriate to enforce or implement court orders or rules, or to prevent an abuse of process.

11 U.S.C. § 105(a). If a creditor takes actions to collect on a personal debt of the discharged debtor, they will be subject to contempt proceedings. Further, agency principles apply when a debtor is subject to collection actions taken by the agent of a creditor with knowledge of the discharge. See In re Sterling, 933 F.3d 828, 833-35 (7th Cir. 2019) (holding that a creditor’s attorney who undertook collection proceedings at a time when the attorney did not have knowledge of the discharge was conduct imputed unto the creditor who did have knowledge of the discharge and therefore subjected the creditor to contempt proceedings for collections pursued by creditor agent).
If a creditor is subject to contempt proceedings, the court is entitled to issue “any order, process, or judgment that is necessary to carry out the provisions of this title.” 11 U.S.C. § 105(a).
Thus, a court is entitled to order a creditor who violated the discharge injunction to pay the debtor compensatory damages plus attorneys’ fees and costs associated with the lawsuit as sanctions. See In re Schlichtmann, 375 B.R. 41, 89 (Bankr. D. Mass. 2007). One court went so far as to award a debtor subject to harassing collection actions $119,000 for emotional damages arising from the harassment. In re Marino, supra, 577 B.R. at 787-88.

Effects of Discharge on Debtor Rights

A discharge eliminates personal liability of the debtor on obligations owed by the debtor. There are times, however, where a discharge may be revoked under 11 U.S.C. § 727(d).

(d) On request of the trustee, a creditor, or the United States trustee, and after notice and a hearing, the court shall revoke a discharge granted under subsection (a) of this section if–
(1) such discharge was obtained through the fraud of the debtor, and the requesting party did not know of such fraud until after the granting of such discharge;
(2) the debtor acquired property that is property of the estate, or became entitled to acquire property that would be property of the estate, and knowingly and fraudulently failed to report the acquisition of or entitlement to such property, or to deliver or surrender such property to the trustee;
(3) the debtor committed an act specified in subsection (a)(6) of this section; or
(4) the debtor has failed to explain satisfactorily–
(A) a material misstatement in an audit referred to in section 586(f) of title 28; or
(B) a failure to make available for inspection all necessary accounts, papers, documents, financial records, files, and all other papers, things, or property belonging to the debtor that are requested for an audit referred to in section 586(f) of title 28.

11 U.S.C. § 727(d). This is one area of law where bad faith conduct may come back to bite the offending party.
Additionally, there are time limits to bring a revocation of a discharge action which significantly affect a debtor’s rights arising from a discharge:

11 U.S.C. § 727(e). Thus, a creditor whose rights to collect on the personal obligations of a discharged debtor are not prevented forever as the debtor’s discharge may be revoked in certain circumstances and within certain timeframes laid out by the bankruptcy code.

Given the complexities arising from a discharge in bankruptcy, it would serve a creditor or other party who has received a notice of discharge well to contact an experienced bankruptcy attorney. A lawyer can help you understand the specifics of your case and the potential liabilities arising from the discharge notice and/or the ability to bring revocation proceedings against the debtor in relation to the discharge notice. The experienced bankruptcy attorneys at Talkov Law can be reached online or by phone at (844) 4-TALKOV (825568)