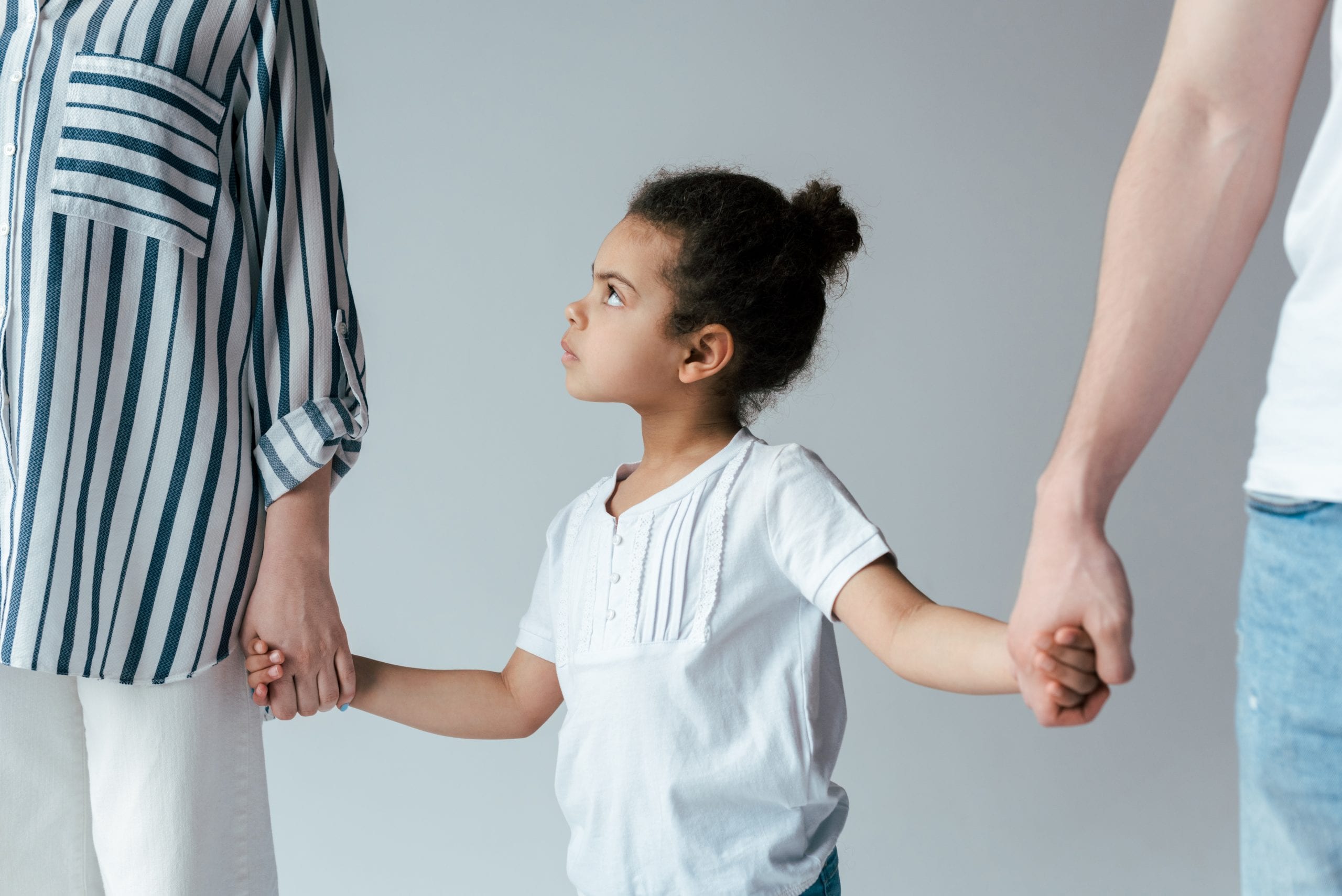 Parents engaged in custody disputes frequently charge into court with a list of reasons supporting their position that the court should grant them custody of their child rather than the other parent.  These same parents frequently leave the courthouse without the orders they requested, wondering why nobody cares about their compelling and well-thought-out list.

Here is the not-so-secret reason nobody cares about that list: the list doesn’t address the factors the court considers when making child custody orders in California.  In truth, the list most likely focuses on the faults of the other parent rather than providing the court with any legally relevant information regarding the child.

The function of the family court is not to change, fix, or judge parents but to dispose of their disputes at a given point in time.  California family courts are wholly unconcerned about the personal grievances parents in a custody dispute have against one another.  Instead, the courts are guided by the factors and standards of the California Family Code. 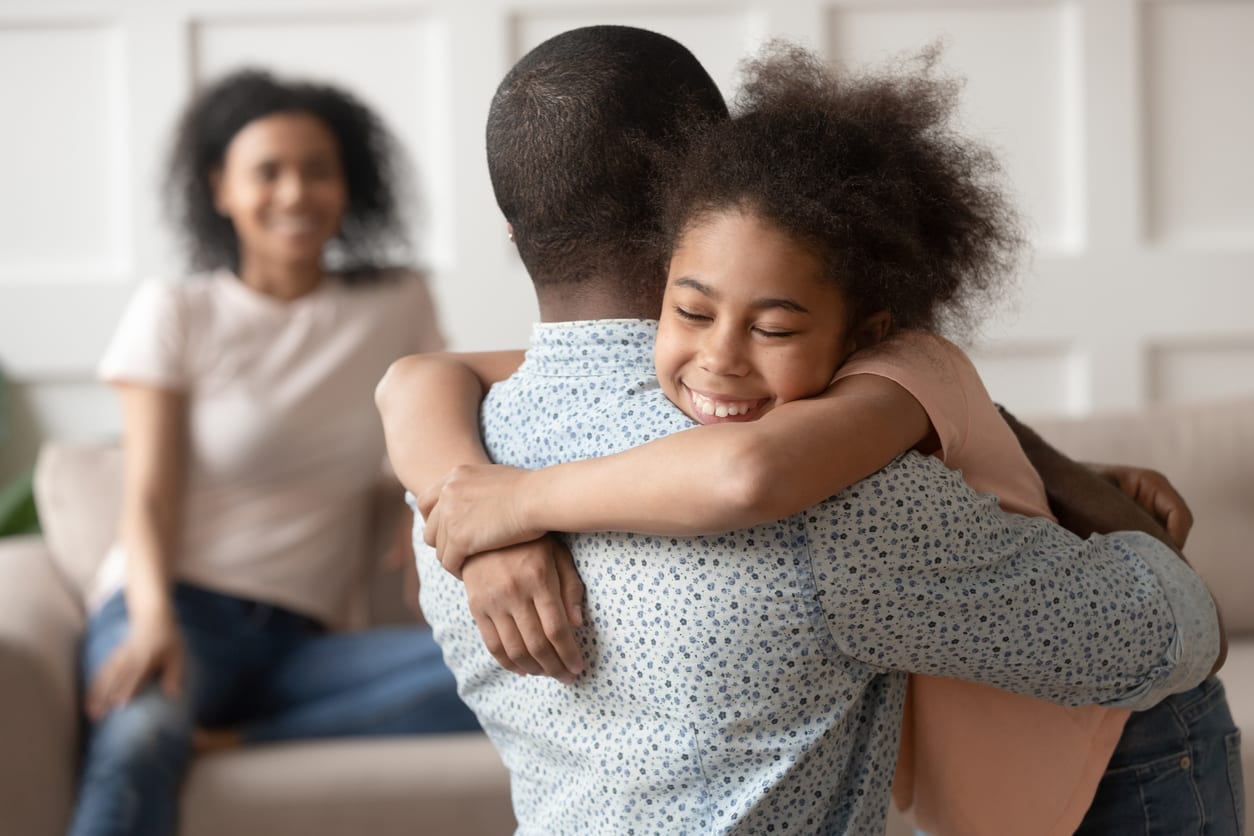 The Best Interests of the Child Standard (BIC) is not found in only one code section or case; it is a compilation of many different Family Code sections and case law. However, the standard primarily arises out of Family Code 3011, 3020, and 3040. Below, each of these codes is unraveled:

Health, Safety, and Welfare of the Child Under California Family Code 3011

(a) In making a determination of the best interests of the child in a proceeding described in Section 3021, the court shall, among any other factors it finds relevant and consistent with Section 3020, consider all of the following:

(1) The health, safety, and welfare of the child.

(2)(A) A history of abuse by one parent or any other person seeking custody against any of the following:

(ii) The other parent.

(B) As a prerequisite to considering allegations of abuse, the court may require independent corroboration, including, but not limited to, written reports by law enforcement agencies, child protective services or other social welfare agencies, courts, medical facilities, or other public agencies or private nonprofit organizations providing services to victims of sexual assault or domestic violence. As used in this paragraph, “abuse against a child” means “child abuse and neglect” as defined in Section 11165.6 of the Penal Code and abuse against any of the other persons described in clause (ii) or (iii) of subparagraph (A) means “abuse” as defined in Section 6203.

(3) The nature and amount of contact with both parents, except as provided in Section 3046.

(5)(A) When allegations about a parent pursuant to paragraphs (2) or (4) have been brought to the attention of the court in the current proceeding, and the court makes an order for sole or joint custody to that parent, the court shall state its reasons in writing or on the record. In these circumstances, the court shall ensure that any order regarding custody or visitation is specific as to time, day, place, and manner of transfer of the child as set forth in subdivision (c) of Section 6323.

(B) This paragraph does not apply if the parties stipulate in writing or on the record regarding custody or visitation.

(b) Notwithstanding subdivision (a), the court shall not consider the sex, gender identity, gender expression, or sexual orientation of a parent, legal guardian, or relative in determining the best interests of the child.

Family Code 3011 provides a broad non-exhaustive list of factors for California family courts to consider in making a determination of what custody and visitation orders are in the best interests of a child.  This section is the root of the commonly referenced “Best Interest Standard” in California family law jurisprudence, and provides a road-map for custody attorneys, child custody mediators, parents, and judges.

While it may seem axiomatic for the court to consider the health, safety, and welfare of a child in making orders regarding where and with whom a child will live, this section mandates the consideration.  Section 3011 also creates a rebuttable presumption against awarding custody to parents who have substance abuse problems – implying that the California State Legislature views substance abuse as a crisis directly impacting the safety and well-being of children.

The best interests of the child, as a matter of public policy in California, always trumps the rights and interests of parents.  However, Section 3011 also creates protections for parents/guardians seeking custody of a child in family court by giving the court discretion to require independent corroboration as a prerequisite to considering allegations of abuse.  A history of abuse may also trigger other presumptions affecting custody of a child under the Family Code, such as those outlined in Family Code 3044 regarding domestic violence findings. 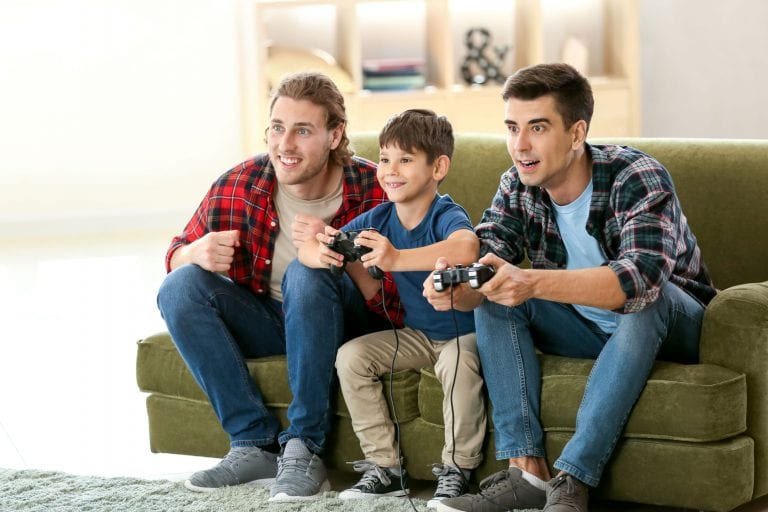 Arguably the most important take-away from Section 3011 is subsection (b), prohibiting the court from considering a parent or guardian’s sex, gender identity, gender expression, or sexual orientation in determining the best interests of the child.

This subsection coupled with the proclamation of Family Code 3010 that a mother and father are “equally entitled to the custody of the child” expresses the clear California legislative declaration that historical bias in favor of mothers and against LGBTQ parents is not consistent with the public policy of the State of California.  This notion is again addressed in Section 3020 and Section 3040 presumably because of the long-standing bias and perceived bias in custody matters.

(a) The Legislature finds and declares that it is the public policy of this state to ensure that the health, safety, and welfare of children shall be the court’s primary concern in determining the best interests of children when making any orders regarding the physical or legal custody or visitation of children. The Legislature further finds and declares that children have the right to be safe and free from abuse, and that the perpetration of child abuse or domestic violence in a household where a child resides is detrimental to the health, safety, and welfare of the child.

(b) The Legislature finds and declares that it is the public policy of this state to ensure that children have frequent and continuing contact with both parents after the parents have separated or dissolved their marriage, or ended their relationship, and to encourage parents to share the rights and responsibilities of child rearing in order to effect this policy, except when the contact would not be in the best interests of the child, as provided in subdivisions (a) and (c) of this section and Section 3011.

(c) When the policies set forth in subdivisions (a) and (b) of this section are in conflict, a court’s order regarding physical or legal custody or visitation shall be made in a manner that ensures the health, safety, and welfare of the child and the safety of all family members.

(d) The Legislature finds and declares that it is the public policy of this state to ensure that the sex, gender identity, gender expression, or sexual orientation of a parent, legal guardian, or relative is not considered in determining the best interests of the child.

Family Code 3020 doubles down on Section 3011 by declaring that the chief concern of the State with regard to custody of children is the “best interests” of the minor children.

The “frequent and continuing contact” language of Section 3020 is commonly utilized by judges, and attorneys in family court when requesting and making child custody orders.

At its core, this section is putting California on notice that parents are expected to work together in raising children even when the parents are not in a relationship (i.e. married, dating, living together, etc.), and it is presumed to be in a child’s best interest to see both parents regularly unless there is a legally valid reason (i.e. abuse, substance abuse, etc.) otherwise.

(a) Custody should be granted in the following order of preference according to the best interest of the child as provided in Sections 3011 and 3020:

(1) To both parents jointly pursuant to Chapter 4 (commencing with Section 3080) or to either parent. In making an order granting custody to either parent, the court shall consider, among other factors, which parent is more likely to allow the child frequent and continuing contact with the noncustodial parent, consistent with Sections 3011 and 3020. The court, in its discretion, may require the parents to submit to the court a plan for the implementation of the custody order.

(2) If to neither parent, to the person or persons in whose home the child has been living in a wholesome and stable environment.

(3) To any other person or persons deemed by the court to be suitable and able to provide adequate and proper care and guidance for the child.

(c) The court shall not consider the sex, gender identity, gender expression, or sexual orientation of a parent, legal guardian, or relative in determining the best interest of the child under subdivision (a).

(d) This section establishes neither a preference nor a presumption for or against joint legal custody, joint physical custody, or sole custody, but allows the court and the family the widest discretion to choose a parenting plan that is in the best interest of the child, consistent with this section.

(e) In cases where a child has more than two parents, the court shall allocate custody and visitation among the parents based on the best interest of the child, including, but not limited to, addressing the child’s need for continuity and stability by preserving established patterns of care and emotional bonds. The court may order that not all parents share legal or physical custody of the child if the court finds that it would not be in the best interest of the child as provided in Sections 3011 and 3020.

The commonly misconstrued language of subsection (a)(1) is often incorrectly applied by both litigants and attorneys alike.  The plain language seems to create a presumption that it is in the best interest of children for parents to share joint legal and physical custody. 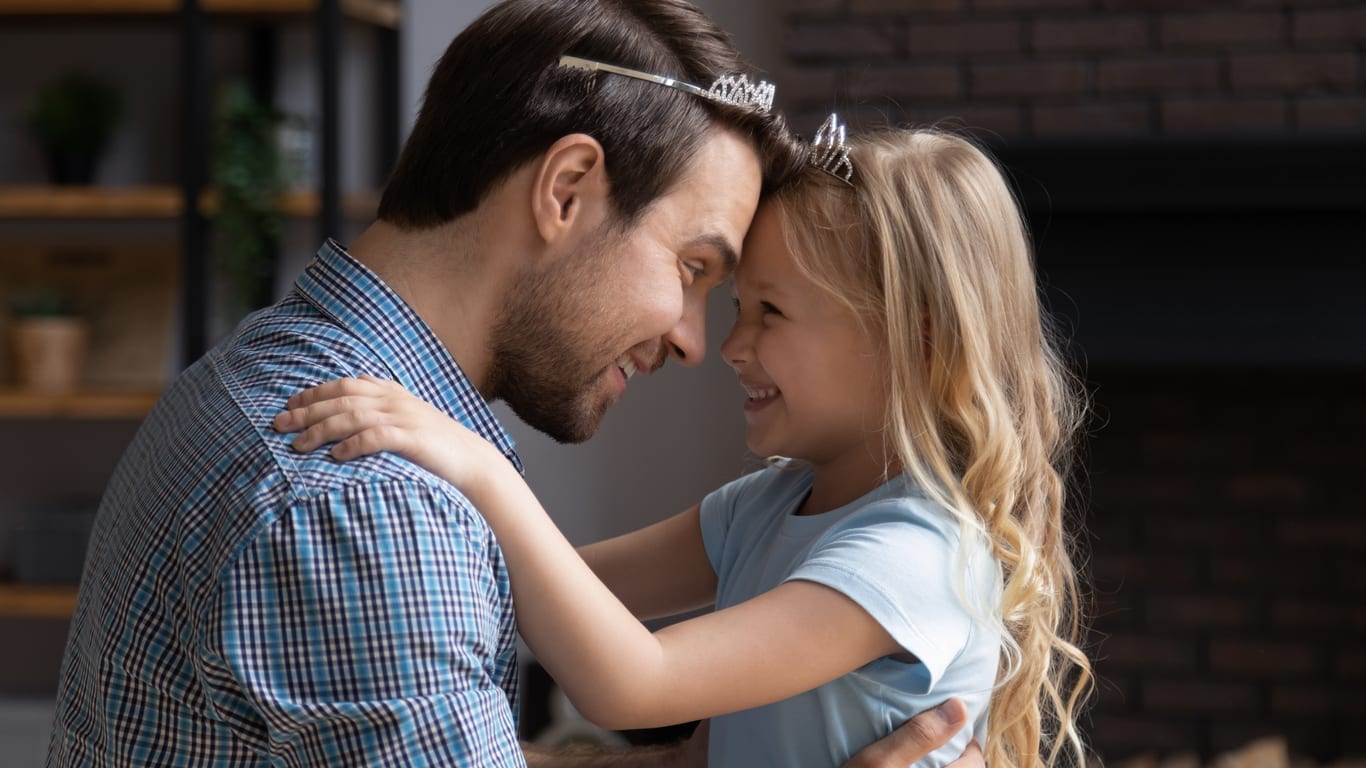 Further reading of the section is necessary to ascertain the true legislative intent, however, as subsection (d) declares that Family Code 3040 does not establish a preference or presumption in favor of joint legal or physical custody, but grants the court and family “the widest” discretion to choose a parenting plan consistent with the best interests of the child (as enumerated in Section 3011).

If no presumption in favor of joint legal and physical custody is created by Section 3040(a), then what does it mean?

Section 3040(a) dictates that the order of preference in granting custody of a child is as follows: first, to the parents of the child; second, if to neither parent, then to someone with whom the child has been living in a stable/wholesome environment; and finally, if to neither parent or someone with whom the child is living, then to any other suitable person who can provide adequate care and guidance to the child. This section can be used to award custody of a child to a step-parent or guardian.

That is to say that California courts will grant custody to a parent before any third party unless it is not in the best interest of the child to do so.

Subsection (a)(1) also creates a mandate on the family court to consider which parent is more likely to facilitate frequent and continuing contact with the other parent.  This provision can create problems for parents who are unable to co-parent and parents who engage in alienating behaviors.

Our attorneys have experience helping family law litigants in all of the following practice areas: Child Custody and Visitation, Move Away and Relocation of Children, Child Custody Modifications, Paternity and more! Call the experienced family law attorneys at Talkov Law at (951) 888-3300 or contact us online for a free consultation about your case.

Colleen Sparks is a Riverside Family Law Attorney at Talkov Law in Southern California. She can be reached at (844) 4-TALKOV (825568) or colleen@talkovlaw.com.