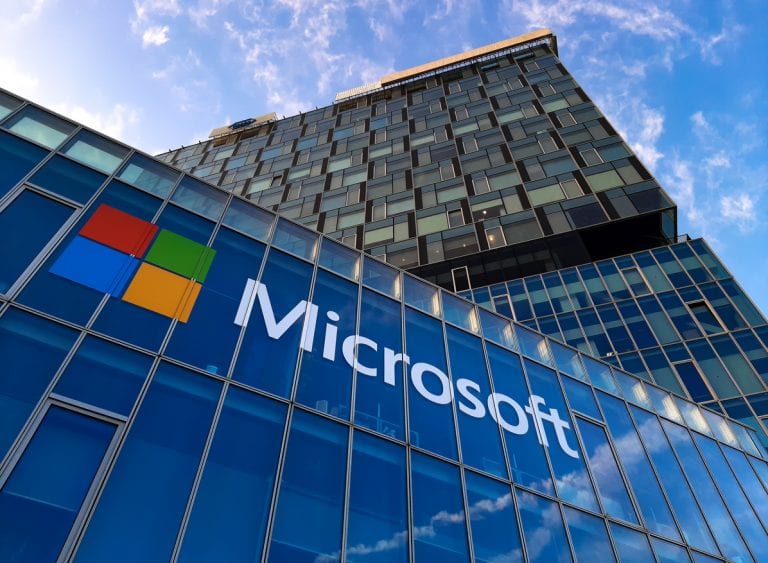 For those of us who do not know them personally, the announcement that Microsoft Corp. co-founder Bill Gates and his wife, Melinda Gates, who is co-chair of their philanthropic foundation, are ending their 27-year marriage, is shocking. This picturesque couple landing in the same plight so many average Americans face every day – the end of a marriage – is a harsh reminder that no segment of society is immune from divorce.

While the Gateses do not live what most people would consider “normal” lives, it is very likely their divorce will adhere to most of the “normal” procedures every other divorcing couple faces.

While it is absolutely possible the Gates will resolve all of their property division and complete their divorce out of the public eye, without issue, it is also possible the divorce may get messy. As discussed in her interview with the Los Angeles Times, lead family attorney Colleen Talkov (Sparks) predicts what potential issues could arise should the Gates divorce get messy.

1 – There is No Prenuptial Agreement Between Bill & Melinda Gates. How Will They Divide Community Property Assets Without a Prenup?

Most of the Gates family’s wealth is held by a personal investment firm called Cascade Investment LLC. Even so, the divorce will create new questions about the fate of the Gates fortune.

While details about how the Gateses have structured their finances are not known, they were believed to have a prenuptial agreement. However, in Ms. Gates’s May 3, 2021 Petition for Divorce, filed in King County Washington, according to TMZ, divorce documents from Melinda Gates ask for a ruling that the marriage ended “as of the date in the separation contract.” The contract isn’t included, but its existence indicates there’s no prenup, TMZ reported. She isn’t asking for any spousal support, and requests an April 2022 trial. 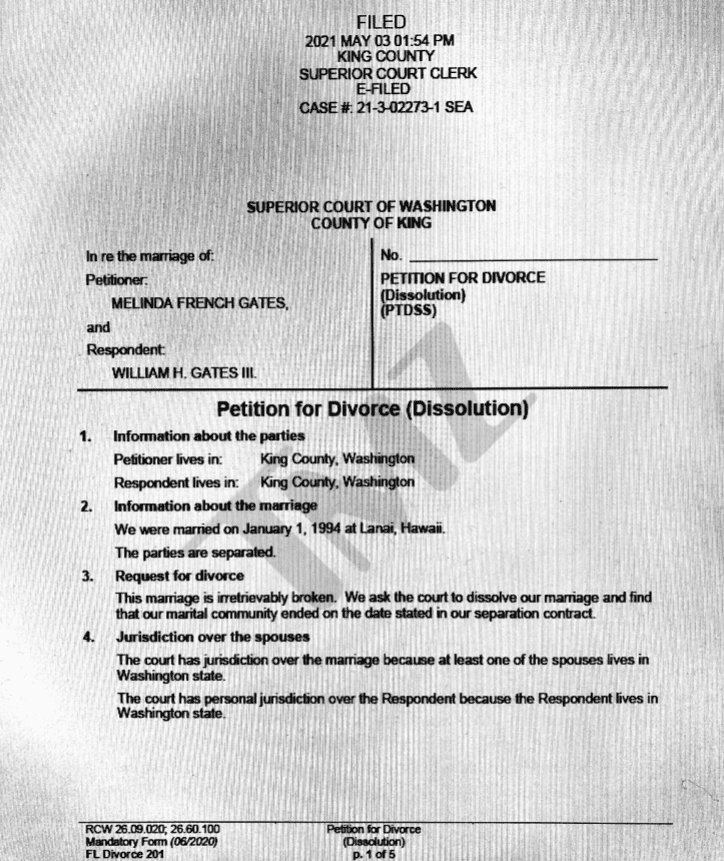 As a result of this lack of a prenuptial agreement, the couple’s assets will be divided by agreement or court order in compliance with community property principles of Washington State.

For example, the Gateses are the largest owners of farmland in America and have vast investments through Cascade Investment, which manages Mr. Gates’s personal wealth and owns large stakes in the Four Seasons hotel chain, the Canadian National Railway and AutoNation, the country’s largest chain of car dealerships, among other companies. The family’s homes and properties include a private plane and a mansion in Washington that has been estimated to be worth more than $120 million, which features amenities such as a trampoline room, a screening room and a multiroom library filled with rare documents and artifacts.

The couple also paid $43 million for an oceanfront home near San Diego in one of the largest deals recorded in the area last year.

All of this property will either be divided by agreement, or by court order.

As the story goes, Bill Gates dropped out of Harvard University to start up Microsoft with childhood friend Paul Allen in 1975. Gates owned 49% of Microsoft at its initial public offering in 1986, which made him an instant multimillionaire. With Microsoft’s explosive growth, he soon became one of the world’s wealthiest individuals.

In 2000, he handed the role of CEO, and scaled back involvement in day-to-day operations of Microsoft in 2008, focusing more on the Bill & Melinda Gates Foundation’s work. He remained active as chairman of Microsoft until 2014, when he became a regular board member.

Last year, Mr. Gates announced he was stepping down from Microsoft’s board of directors, as well as the board of Berkshire Hathaway, the conglomerate run by his close friend Warren Buffett.

Mr. Gates’s personal stake in Microsoft is worth around $26 billion, according to FactSet. He remains one of the largest individual Microsoft shareholders, holding more than 100 million shares as of Dec. 2019, as reported by The New York Times.

We can all agree that Microsoft was formed and much of its explosive growth occurred prior to the marriage of Bill and Melinda Gates in 1994. But that doesn’t mean Mr. Gates’s personal stake in Microsoft didn’t exponentially grow between 1994 and 2021. That growth could easily become a contested issue in the Gates’s divorce because an argument can be made that the growth is community property (i.e. a result of Mr. Gates’s time and effort during the marriage) or that the growth is Mr. Gates’s separate property (i.e. the personal stake in Microsoft would have grown without Mr. Gates’s time and effort during the marriage).

In 2000, the couple jointly formed the Bill & Melinda Gates Foundation, which oversees charitable ventures to which the billionaire philanthropist couple have devoted their fortune. 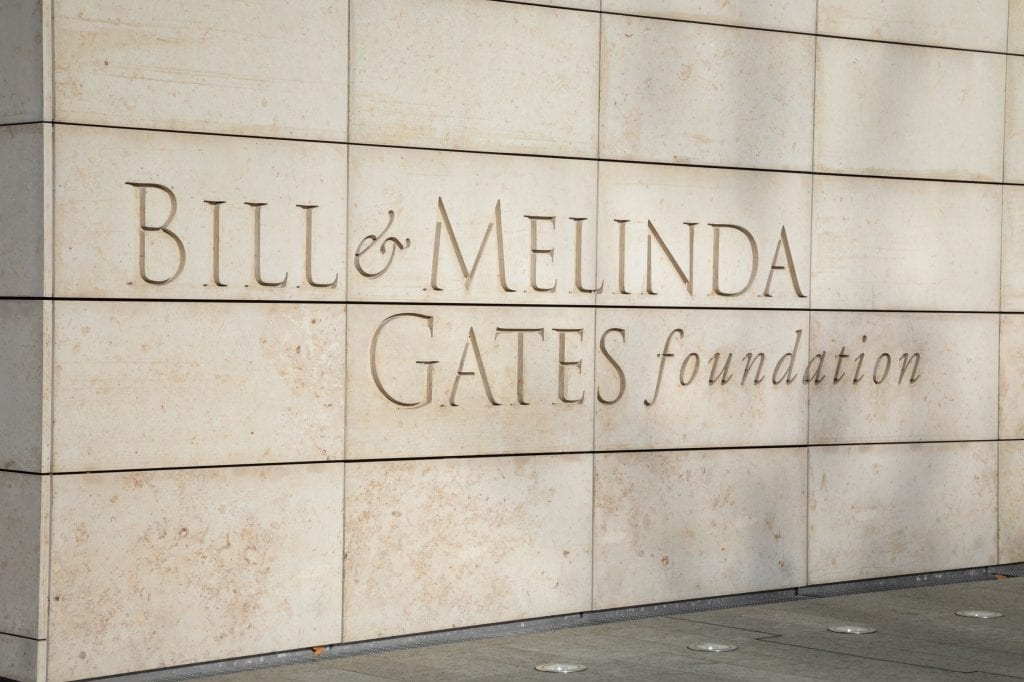 According to a statement posted on both of their Twitter accounts announcing their divorce on May 3, 2021, “We continue to share a belief in that mission and will continue our work together at the foundation, but we no longer believe we can grow together as a couple in this next phase of our lives.”

The foundation said in a statement that apparently, Mr. and Ms. Gates would remain co-chairs and trustees and that no changes were expected at the organization.

The foundation has more than $51 billion in assets, according to a tax filing, making it one of the world’s wealthiest foundations.

“The Gates Foundation is the most important and influential philanthropic entity in the world today,” said Rob Reich, a professor of political science at Stanford University. “The divorce may have huge repercussions for the foundation and for its work across the globe.”

While both parties have created there own independent foundations as well, the management and future of the Bill & Melinda Gates Foundation may become an issue we will all be watching very closely during this divorce.

California’s divorce procedures are complex and trying to navigate them without help of a skilled family lawyer can be frustrating. If you have questions about divorce, contact us by calling (844) 4-TALKOV (825568) or contact us online for a free consultation with our experienced family law attorney, Colleen Talkov, who can guide you through the court process in a prompt and clear manner.