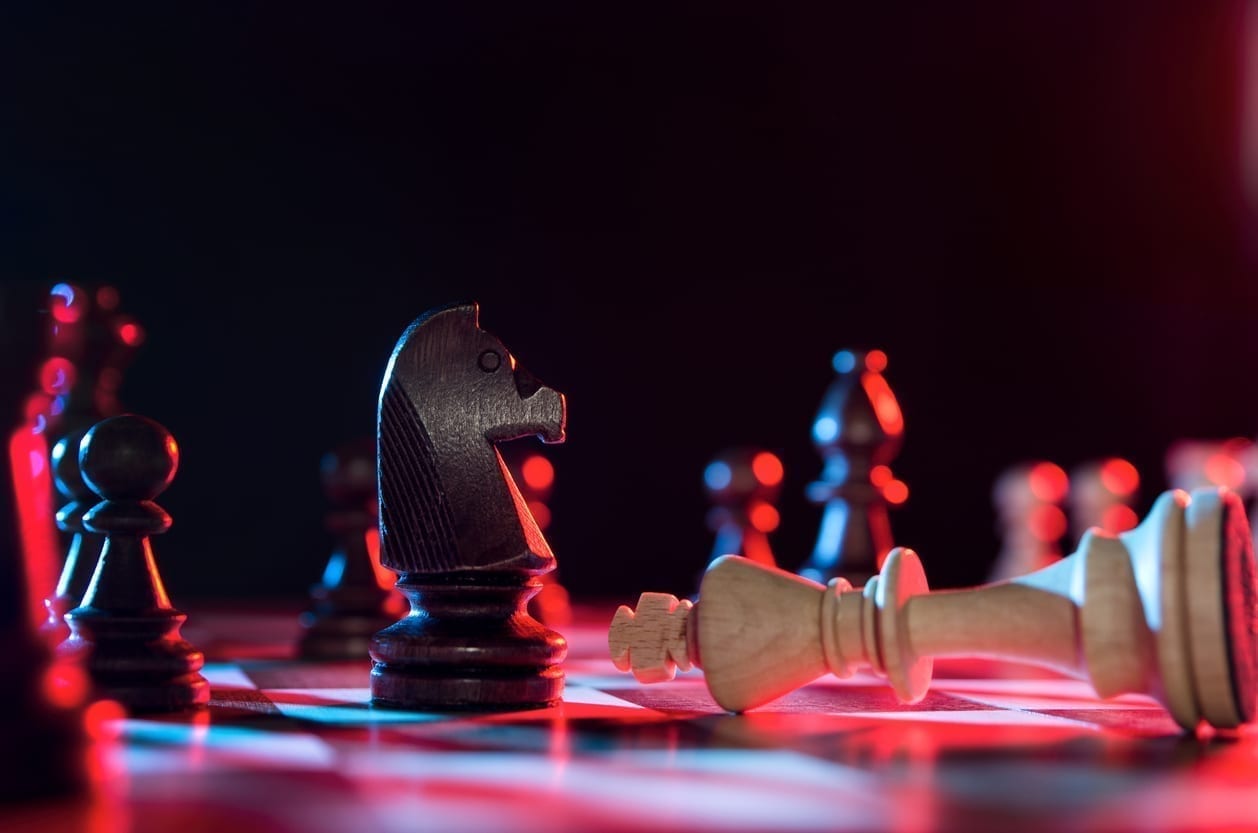 Many times, when defendants are sued in California they file an answer alleging numerous boilerplate affirmative defenses with no supporting facts. Technically, this is improper, and these defenses may be subject to a motion to strike or demurrer under California law. The authorities below can be used in a motion to strike or demurrer seeking to eliminate these boilerplate affirmative defenses in connection with a skilled civil litigator in California.

As The Rutter Guide explains: “A demurrer can be an effective tool for eliminating ‘boilerplate’ affirmative defenses that often appear in answers (e.g., ‘waiver,’ ‘estoppel,’ ‘unclean hands,’ etc.)” and that “[a] demurrer may be made on the ground of failure to plead sufficient facts to constitute a defense.’” Hon. Robert I Weil & Hon. Ira A. Brown, Jr., California Practice Guide: Civil Procedure Before Trial (The Rutter Group 2011) ¶ 7:35.

Accordingly, under Code of Civil Procedure Section 430.20: “A party against whom an answer has been filed may object, by demurrer as provided in Section 430.30, to the answer upon any one or more of the following grounds: (a) The answer does not state facts sufficient to constitute a defense. (b) The answer is uncertain. As used in this subdivision, ‘uncertain’ includes ambiguous and unintelligible.”

This allows a plaintiff to file a demurrer to eliminate these boilerplate defenses.

As The Rutter Guide also explains that: “A motion to strike can be used to attack legal conclusions in a pleading….Such allegations are conclusions of the pleader and ‘irrelevant matter,’ subject to motion to strike.” Hon. Robert I Weil & Hon. Ira A. Brown, Jr., California Practice Guide: Civil Procedure Before Trial (The Rutter Group 2019) Ch. 7(I)-B ,7:179.

Accordingly, under Code of Civil Procedure Section 436: “The court may, upon a motion made pursuant to Section 435, or at any time in its discretion, and upon terms it deems proper: (a) Strike out any irrelevant, false, or improper matter inserted in any pleading. (b) Strike out all or any part of any pleading not drawn or filed in conformity with the laws of this state, a court rule, or an order of the court.”

This allows a plaintiff to file a motion to strike for the purpose of eliminating the kitchen sink defenses.

Ultimate Facts Must be Alleged for Affirmative Defenses in an Answer

Distinguishing boilerplate affirmative defenses from those that are proper often depends upon whether there are any facts relevant to the case that have been alleged as supporting that supposed defense.

Indeed, The Rutter Guide explains the law that pleadings are required to allege: “‘Ultimate facts’[, which] are those that raise the issues on which the right to recover depends—i.e., the essential elements of the cause of action. All the facts that are material to the cause of action—i.e., the facts that make a difference to the outcome of the case—must be alleged. By contrast, allegations of unnecessary detail and generalized argument may be objectionable as ‘evidentiary’ pleading and ‘legal conclusion,’ respectively.” Hon. Robert I Weil & Hon. Ira A. Brown, Jr., California Practice Guide: Civil Procedure Before Trial (The Rutter Group 2019) ¶ 6:124.

Only a few cases references such motions to strike or demurrers attacking boilerplate affirmative defenses. One court was indeed critical of answers that recite “a kitchen sink full of affirmative defenses” but fail to explain “the underlying facts” or apply the law to the defenses. Rodriguez v. Cho (2015) 236 Cal. App. 4th 742, 751.

Another court noted that the “Defendant…appeared by answer which…included 16 affirmative defenses; all but 4 amounted to so-called boilerplate pleading.” Messersmith v. Mid-Century Ins. Co. (1995) 43 Cal.Rptr. 2d 871, 875, review denied and ordered not to be officially published (Sep. 14, 1995).

However, there are other cases where attacks on affirmative defenses have been unsuccessful. For example, one plaintiff “sought to strike the answer’s paragraph four as improperly including ‘a long, argumentative, rambling narrative;’ as well as, all of the affirmative defenses on the grounds they did not plead facts sufficient to constitute a defense, but were merely ‘boilerplate’ allegations, composed entirely of conclusions of fact and law, and the failure to identify to which cause of action each defense referred rendered the defenses ‘fatally uncertain.'” Steinhart v. Cresswell (Cal. Ct. App. Dec. 20, 2017) No. A143429, 2017 WL 6522142, at *8 (unpublished). However, the Steinhart court rejected these “arguments that portions of the third amended answer were ‘improper,’ ‘made in violation of law,’ and should have been stricken. Given the complaint’s rambling-type allegations of assault and battery, without any time referent, and the fact that self-defense is a defense to a claim of assault and battery.” Steinhart v. Cresswell (Cal. Ct. App. Dec. 20, 2017) No. A143429, 2017 WL 6522142, at *9.

Yet another court rejected a plaintiff-appellant’s argument “that error was committed by the trial court in denying her motion to strike the affirmative defense, since no facts were pleaded showing appellant’s knowledge of the danger, or her appreciation of the danger, or that the danger known and appreciated by appellant were the proximate cause of appellant’s injuries.” Ching v. Dy Foon (1956) 143 Cal.App. 2d 129, 135, disapproved of on other grounds by Shahinian v. McCormick (1963) 59 Cal. 2d 554. Rather, the Ching court found that “a demurrer for uncertainty will not be sustained where the facts claimed to be uncertain or ambiguous are presumptively within the knowledge of the demurring party.” The Ching court went on to find that an answer “[p]leading that [plaintiff] voluntarily assumed the risk of respondent’s knowingly driving in a sleepy condition necessarily implies these elements. It is not necessary to plead all the evidentiary facts. Although the defense could have been more specifically stated, no prejudice could result in overruling the demurrer where the facts were all presumptively within the knowledge of the demurring party.”

Accordingly, such a motion should be directed only at those affirmative defenses that are truly boilerplate, which is to say that the defendant has alleged defenses that have no facts suggesting any relation to the case.

Purported Defense Must Constitute a Defense to the Cause of Action

Moreover, Code of Civil Procedure Section 431.30(b)(2) provides that: “The answer to a complaint shall contain… A statement of any new matter constituting a defense.”  As one court explained, “[i]t is the duty of a defendant to plead matters which are not provable under a general or specific denial but which avoid the action or at least the theory outlined in the complaint.” Gularte v. Martins (1944) 65 Cal.App.2d 817, 821.

Based on this statute, a demurer or motion to strike can also attack allegations in an answer that cannot reasonably be read as “[a] statement of…new matter constituting a defense.” Such an attack can be aimed, for example, at tort defenses raised in an answer to a breach of contract case, or vice versa.

Further, Code of Civil Procedure Section 431.30(g) provides that: “The defenses shall be separately stated, and the several defenses shall refer to the causes of action which they are intended to answer, in a manner by which they may be intelligibly distinguished.” “This requirement has been part of California law at least since 1863 but has been mentioned only a few times in passing.” Defenses in general, 1 Cal. Affirmative Def. (The Rutter Group 2d ed.) § 1:1 (citing Buhne Corbett (1872) a43 Cal. 264 et al).

This means that if the affirmative defenses in the answer do not refer to the causes of action to which they are intended, they may be subject to demurrer or motion to strike on this basis, as well.

The bottom line is that parties should carefully consider their rights in consultation with a business attorney, real estate lawyer, or other legal professional knowledgeable in the area of practice related to the case at issue. To speak with one of the dedicated real estate and business attorneys at Talkov Law, call (844) 4-TALKOV (825568) or contact us online.