Does Thomas P. Riley Receive Pennies on the Dollar in Boxing Piracy Lawsuits? 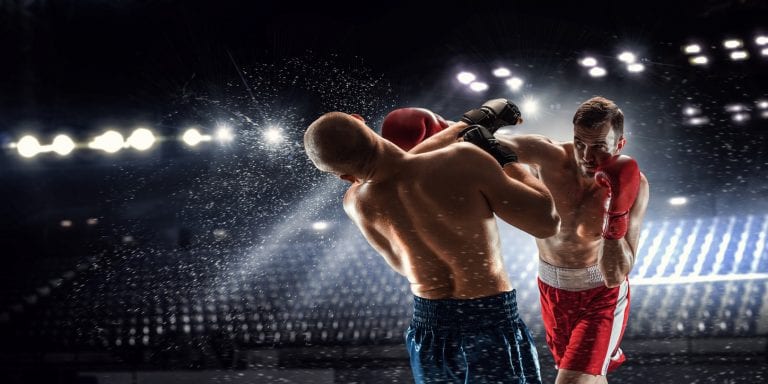 Average Award in Favor of Thomas P. Riley is a Tiny Fraction of Amount Demanded from Restaurants With Alleged Piracy of Per View Boxing Events

Small businesses have been hit hard by the pandemic. With bankruptcies and shut downs occurring at an unprecedented rate, many business owners are seeing their blood, sweat, and tears result in the unfortunate demise of their ventures. As if this wasn’t enough, they are often the targets of a legal model that demands money to avoid paying attorneys to present seemingly meritorious defenses in small legal cases. However, many business pay the “nuisance value” of defensible cases may be unaware of how little money has been awarded in favor of the plaintiff in cases filed by Thomas P. Riley, his streaming app, and pay per view boxing clients.

Specifically, this attorney was featured in an article by the ABA Journal as the king of cases involving boxing event piracy, usually involving cases filed against restaurants, particularly family-owned Mexican restaurants. In a recent case litigated by this office, Mr. Riley demanded $37,500 in exchange for a waiver of rights over a perceived (but non-existent) violation of these laws. However, a closer look at Mr. Riley’s past cases show that he receives very little in the way of court awards- even in default cases where the owners do not present any defense.

Before we look at how little Thomas P. Riley has been awarded by courts in certain cases, one of the most illustrative cases was litigated by Attorney Matthew Allen Pare where the defendants (not Mr. Riley’s clients) were awarded over $24,000 from the Plaintiff for attorney’s fees. J & J Sports Prods. v. Flores, No. 1:10-CV-02087-AWI-JLT, 2013 U.S. Dist. LEXIS 97752 (E.D. Cal. July 12, 2013). In this case, Riley postured as having a strong, meritorious claim against the defendants for a number of violations relating to the unlawful display of a boxing match. Id. at 2-3. Pare helped beat this unscrupulous claim, winning on summary judgment. Id. at 3. With his bluffed-hand risking exposure, Riley naturally appealed, but was denied. Id. Following the loss, the court awarded the defendants $24,499.40 in attorneys fees and costs. Id. at 13. Riley contested this award, and even filed an appeal to the Ninth Circuit, but inevitably settled, apparently paying the defendants’ attorney’s fees as reflected by Pare’s signature on the satisfaction of judgment.

Cases such as these serve as reminders that defendants should not be afraid to defense such cases when they are brought without legal or factual merit.

Frightening Demand Letters Prove to be Exaggerations of the Likely Award

But what about the successful cases? Are these law firms really receiving anything near what they demand when they go to trial and “win”? Our research has proven they are not receiving anything close to these numbers in the numerous cases we located.

To better understand the true nature of these egregious demands, one may do quick arithmetic to contextualize them. The offer for settlement that our client received was for $37,500, which appears to be quite conservative by Riley’s standards. Thomas P. Riley has over 4,000 cases listed on WestLaw, meaning if he truly received $37,500 per case, he would have grossed over $150,000,000.00 just on these filed cases available in WestLaw. Supposing Mr. Riley keeps, for example, one-third of this sum, he would have grossed a stunning $50,000,0000. This is quite the revenue implication for what appears to be a solo law firm with paralegals running out of South Pasadena. Admitted, Riley does appear to live in a lavish South Pasadena home.

Quite simply, this figure is grossly unrealistic and the truth is that Mr. Riley’s efforts result in considerably smaller amounts than the numbers his scary letters flippantly toss around.

Courts Have Instructed Mr. Riley that His Damage Requests Are Grossly Exaggerated

G & G Closed Circuit Events v Ruiz represents a hard earned $2,750 for Mr. Riley. Most business owners, however, dedicate their entire lives to their small business and understandably lack the experience to look into proper representation. Indeed, many, if not most, of Riley’s targeted owners are also Hispanic, speak English as a second language, and are hardworking full-time restaurant owners. In the cases where these demands are ignored, but fully litigated by Thomas P. Riley, the award is most often much lower than Mr. Riley demands in his letters. However, this still needlessly risks thousands of dollars that could be saved by hiring an attorney experienced in the actual damages that could be awarded. We recommend that you select good representation to avoid the hassle of a default judgment, but ultimately it is most important that you do not settle anywhere near the amounts demanded by these daunting letters with no legal citations or calculation of damages that could be awarded.

Business owners faced with such a predicament would be wise to hire a skilled business attorney who understands the law.