In re Brace: Is Your House Community or Separate Property in California Divorce and Bankruptcy Court? 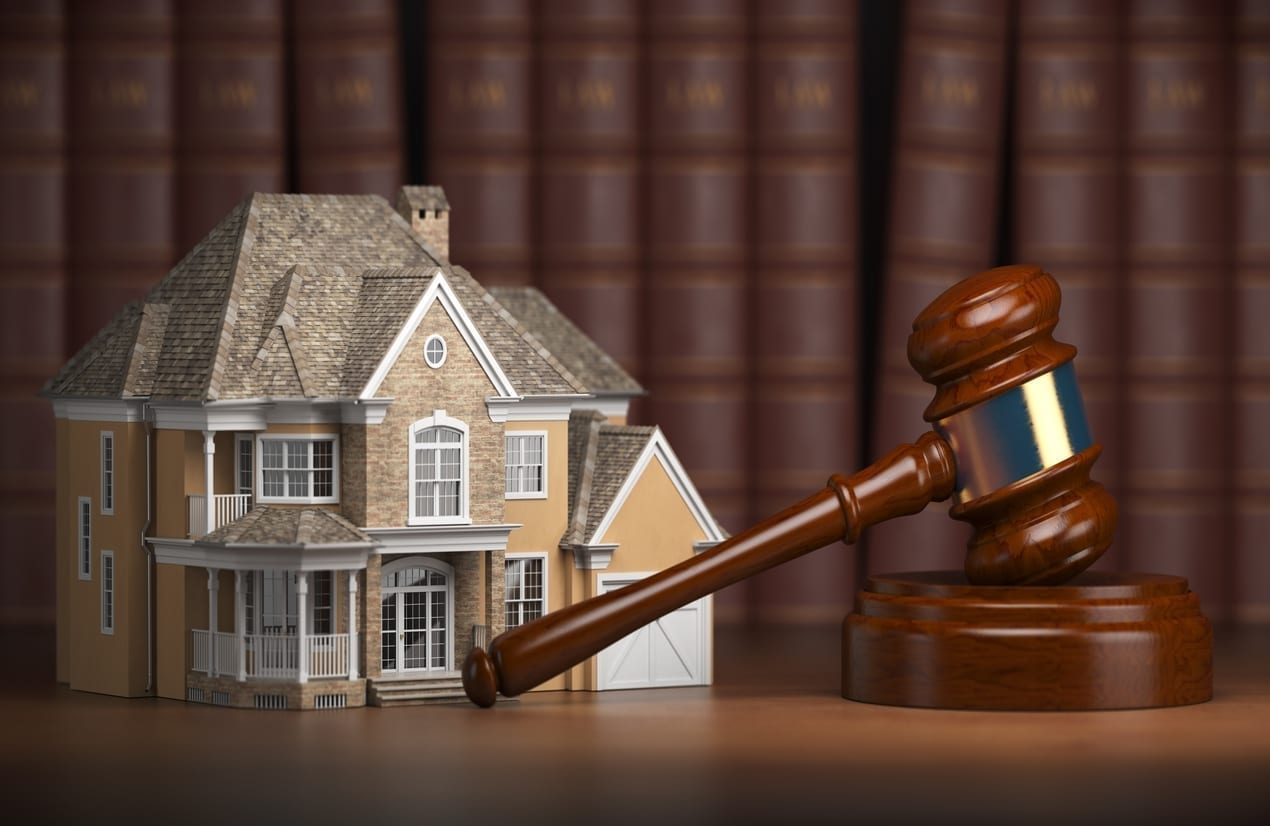 The California Supreme Court in In re Brace (Speier v. Brace) has come down with a new published opinion purporting to help family law litigants and bankruptcy litigants alike, answer the question: is the house community or separate property?

Contents hide
Will the Court Find that Your House is Community Property or Separate Property Based on the Presumptions from In re Brace (California Bankruptcy and Family Law Court)?
In re Brace (2020) California Supreme Court, July 23, 2020 – Case No. S252473
Evidence Code 662 Does Not Apply to Property Acquired During Marriage When it Conflicts with Family Code 760
Consult an Experienced Divorce and Bankruptcy Attorney to Obtain the Best Result

Will the Court Find that Your House is Community Property or Separate Property Based on the Presumptions from In re Brace (California Bankruptcy and Family Law Court)?

This issue can arise when parties seek a property division attorney in California or after one spouse uses a bankruptcy attorney to discharge their debts, which is followed by the bankruptcy trustee trying to sell the house of the debtor or non-debtor spouse.

Unfortunately, “California’s treatment of joint tenancies has a long and tortuous history and is still the subject of considerable legal concern and disagreement.” (Blumberg, Community Property in California (1987) p. 157.).

This dichotomy in the law has been the source of much debate in the family law and bankruptcy communities, as a “snarl of conflicting presumptions.” (Estate of Luke (1987) 194 Cal.App.3d 1006).

In this particular case, husband filed a Chapter 7 Bankruptcy in 2011. Husband and wife married in 1972, and during their marriage, the couple acquired a residence in Redlands and a rental property in San Bernardino. The Braces acquired both properties with community funds and took title to each property as “husband and wife as joint tenants.”

A Chapter 7 bankruptcy petition creates an estate to satisfy creditors’ claims. The estate generally includes “[a]ll interests of the debtor and the debtor’s spouse in community property” at the time the bankruptcy case is filed. (11 U.S.C. § 541(a)(2).) The Bankruptcy Code specifies that community property is part of the estate and bankruptcy courts look to state law to determine what property is considered community. (See Butner v. United States (1979) 440 U.S. 48, 54, 99).

The bankruptcy trustee sought a declaration that the Redlands and San Bernardino properties were community property under Family Code 760. The distinction between community and separate property matters in this case because wife did not join in her husband’s bankruptcy petition. 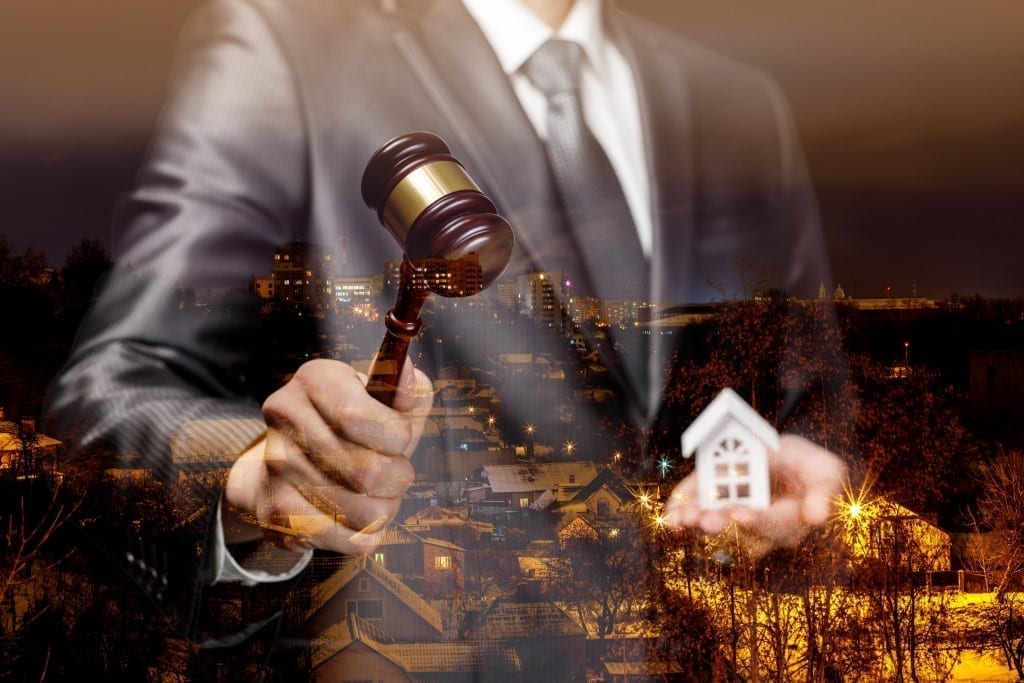 The bankruptcy court found that “the properties were acquired by the couple during the marriage with community assets and they presumptively constitute community property under applicable law. The Braces failed to establish that the… [p]ropert[ies] were not community in nature and, therefore, they constitute property of the Estate…” (In re Brace (Bankr. 9th Cir. 2017) 566 B.R. 13, 17.)

The Ninth Circuit Bankruptcy Appellate Panel affirmed the finding reasoning that, pursuant to In re Marriage of Valli (2014) 58 Cal.4th 1396, which held that property acquired during marriage from a third party with community funds is community property upon divorce unless the statutory transmutation requirements have been met, the public policy and statutory construction support the extension of Valli’s holding to the bankruptcy context.

The Braces appealed to the Ninth Circuit, which certified the question to the California Supreme Court (Case No. S252473).

On July 23, 2020, the California Supreme Court published its opinion in answer to the question above, as well as the following question: “When a married couple uses community funds to acquire property as joint tenants, is the joint tenancy deed alone sufficient to transmute the community character of the property into the separate property of the spouses?”

Family Code Section 852 provides that for property acquired on or after January 1, 1985, a transmutation “is not valid unless made in writing by an express declaration that is made, joined in, consented to, or accepted by the spouse whose interest in the property is adversely affected.” We hold that under this rule, joint tenancy titling of property acquired by spouses using community funds on or after January 1, 1985 is not sufficient by itself to transmute community property into separate property.

For joint tenancy property acquired between January 1, 1975 and December 31, 1984, the act of taking title as joint tenants is, in itself, insufficient to prove a transmutation; however, a court may consider the manner of taking title in determining whether the spouses had an oral agreement or common understanding. Finally, as noted, joint tenancy property acquired with community funds before January 1, 1975 is presumptively separate property.

[W]e hold that the community property presumption in Family Code § 760 applies not only to dissolution actions but also to a dispute between one or both spouses and a bankruptcy trustee, and that Evidence Code § 662 does not apply when it conflicts with the Family Code § 760 presumption. In re Brace (July 23, 2020) Case No. S252473 (citation forthcoming).

This finding provides clarity on the battle of presumptions under the particular circumstances enumerated above, but the holding does nothing to prevent spouses from holding separate property as joint tenants or from transmuting community property into separate property held in joint tenancy as long as the applicable transmutation requirements are met.

Further, the holding has no affect on the operation of the right of survivorship that typically accompanies joint tenancy title at death.

The principles discussed in the article are inherently complex, involving large sums of money and oftentimes, the roof over your head. Whether you are dealing with the possibility of the sale of real property in family court, dividing assets and debts, or if you just have questions for a divorce attorney or a bankruptcy attorney, contact a skilled California family law attorney to help guide you through the process. Call the experienced bankruptcy and family law attorneys at Talkov Law at (844) 4-TALKOV (825568) or contact us online for a free consultation with our experienced attorneys.