Breach of Contract Affirmative Defenses in California – The Ultimate Guide 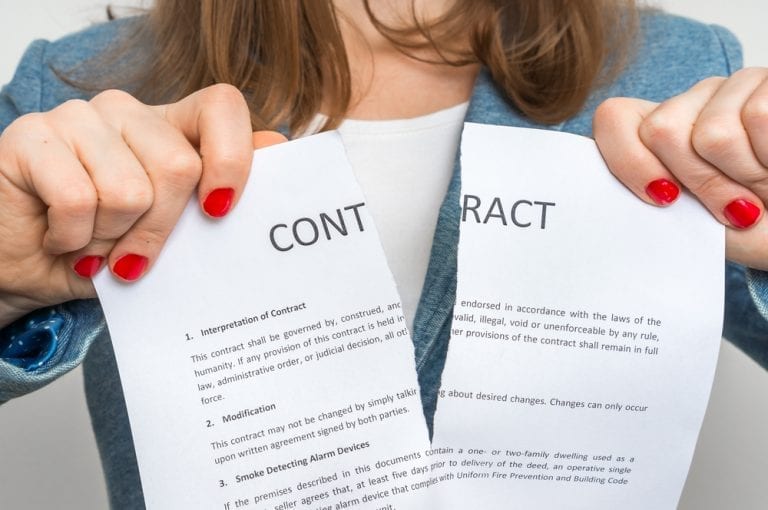 Affirmative Defenses to Breach of Contract in California

What is a Contract under California Law?

Before you look into the affirmative defenses, it is important to determine if the elements of a contract have been met since the plaintiff cannot recover without providing their case for breach of contract.

The legal definition of a contract is “a promise or a set of promises for the breach of which the law gives a remedy, or the performance of which the law in some way recognizes as a duty.” Restatement (Second) of Contracts § 1 (1981). Upon consideration, an obligation is created to do (or not do) a certain thing with the potential for civil action if proper performance has not occurred. A contract under the California Civil Code is also required to have four elements: “parties capable of contracting, their consent, a lawful object, and a sufficient cause or consideration.” 14 Cal. Jur. 3d Contracts § 3.

Depending on the type of contract, it may not need to be a formal, written agreement. Rather, a contract exists when “parties intend that an agreement be binding, the fact that a more formal agreement must be prepared and executed does not alter the validity of the agreement.” Id. at § 155. With the exception of contracts that fall under the Statute of Frauds, a valid and enforceable contract may be oral, written, or a combination of both.

Failure to State a Claim for Breach of Contract Affirmative Defense

Accordingly, defendants seeking to allege that the elements of a breach of contract have not been met for reasons including an immaterial breach should include a general denial in their answer. See Cal. Code Civ. Proc. § 431.30. A general denial alleges in the introduction of the answer that the defendant “generally denies each and every allegation of the complaint.” Note that this is applicable only to an unverified complaint.

Even further, a defendant may wish to allege the affirmative defense of failure to state a claim, which often reads as follows: “Defendant alleges that the complaint fails to state facts sufficient to constitute a cause of action against the defendant.” Be aware that many practitioners consider this to be unnecessary, as the failure to meet the elements of breach of contract is not technically a “defense,” but rather a required factor for plaintiffs to prevail in their case. Nonetheless, this is commonly done.

Examples of Affirmative Defenses to Breach of Contract 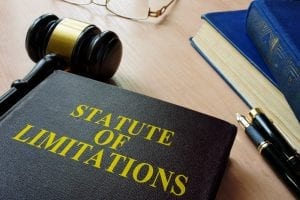 Remember that lawsuits must be filed timely, or they may be forever barred. A breach of written contract must be filed within four years of the breach, while an oral contract lawsuit must be filed within two years of the breach. The statute of limitations for fraud is three years from discovery. Note that determining when the breach occurred requires a skilled litigation attorney. This defense is perhaps the ultimate defense as it generally appears on the face of the complaint and arises in numerous circumstances.

One of the most common defenses, especially in lease breaches, is the failure to mitigate damages. All parties have a duty to reduce damages when at all possible. This can reduce the plaintiff’s award by any damages they could have avoided through reasonable efforts.

Fraud in a contract consists of the promisor giving apparent consent against his or her free will. Furthermore, a “promise made without any intention of performing it constitutes fraud” Union Flower Mkt. v. S. Cal. Flower Mkt. (1938) 10 Cal. 2d 671, 676.

If you have questions regarding the difference between fraud, deceit, and misrepresentation, our blog post on fraud provides a detailed explanation of each of these commonly confused legal terms. 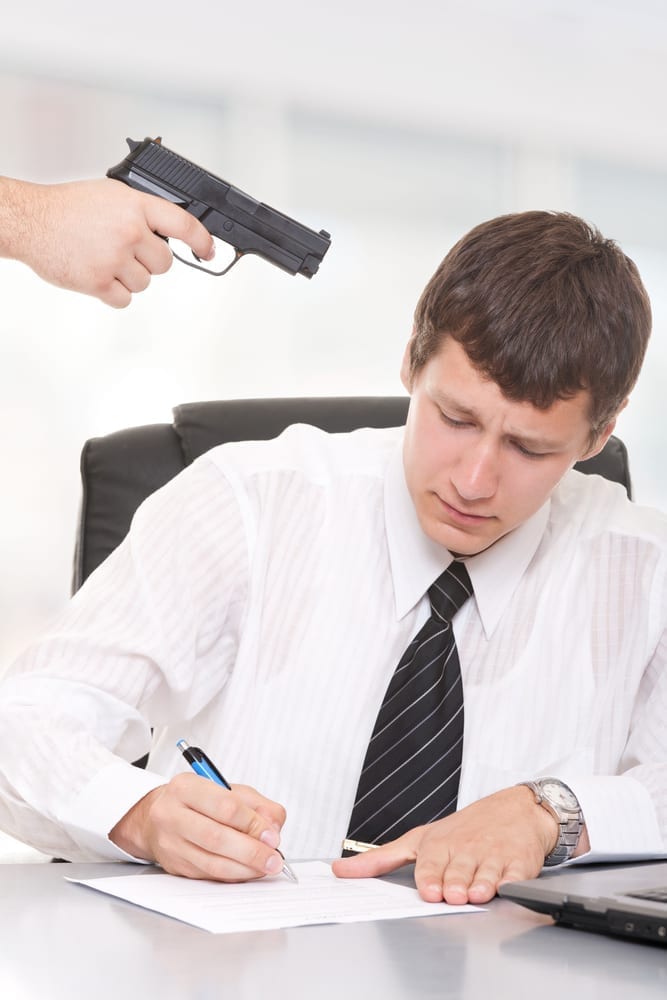 Consideration in a contract is the benefit that the parties are bargaining for (most often money) in exchange for an item or service.

Lack of consideration occurs when there is a lack of mutuality between parties because obligations are not imposed on both parties. It happens, if at all, immediately after the execution of the contract.

Equitable Estoppel occurs when a party has deliberately or intentionally misrepresented information, thereby causing the party asserting estoppel to detrimentally rely on this false information.

Judicial Estoppel, as defined by the Federal Litigator newsletter, “prevents a litigant from adopting one position, securing a favorable decision, and then adopting a contradictory position for legal advantage later on.” 31 No. 12 Fed. Litigator NL 8.

Res Judicata, also known as Claim Preclusion, precludes (prevents) re-litigation of the same cause of action between a claimant and the same defendant. There are three requirements to claim preclusion:

Collateral Estoppel, or Issue Preclusion, is similar to Res Judicata but instead focuses on factual or legal issues and not the entire claim. Collateral estoppel precludes re-litigation of issues that have already been decided upon in prior proceedings. Collateral estoppel has five requirements:

Promissory Estoppel occurs when a promisor makes a promise upon which he or she reasonably expects reliance by the promisee, but the promisee acts or refrains from acting such that reliance is detrimental. Without enforcement of the promise, injustice will occur. Essentially, promissory estoppel employs equitable principles that satisfy the requirement that consideration must be given in exchange for a promise to be enforced when there is otherwise no consideration.

The Doctrine of Laches, also known as Estoppel by Laches, provides a party with an equitable defense to long-neglected rights. Neglecting these rights caused the defendant to believe that plaintiff was not trying to collect its alleged debt. Unlike the Statute of Limitations, the Doctrine of Laches is concerned with why a claim was delayed and not how long one has to file a claim. 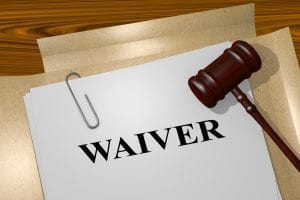 Under a waiver defense, the plaintiff has voluntarily given up any rights given to him or her by the contract. This allows the defendant to be released from liability of the contract. Waiver can consist of an action or a deliberate failure to act.

No Breach by Defendant

Plaintiff is not entitled to the money it is demanding because defendant claims it has done everything as required by the contract.

Frustration of purpose occurs when performance is not necessarily impossible or impracticable, but is pointless. When there is “destruction of the value of performance wholly outside the contemplation of the parties” the promisor may be excused. Lloyd v. Murphy, (1944) 25 Cal. 2d 48, 53. In other words, it could be done, but what’s the point?

An example of frustration of purpose would be renting a rooftop to watch a king’s coronation ceremony. However, at the last minute the king falls ill and cancels the ceremony. You can still rent the rooftop, but the reason for doing so is no longer relevant.

Impossibility occurs when it is impossible to fulfill a term or contract, so it is considered void.

Novation occurs when a new agreement replaces an old one entirely. The old contract is then considered extinguished. Novation is different than accord and satisfaction.

A party can only sue for breach of contract if they are in privity with the opposing party, meaning there must exist a relationship between parties with a mutual interest. An exception to this rule would be third party beneficiaries, such as creditors, which are not required to be in privity with any parties.

If you have recently filed for bankruptcy, you may be able to use discharged in bankruptcy as an affirmative defense. You can either stay or suspend the action until your bankruptcy case is finished. Or, if the court ruled that you do not have to pay the debt, the case may be dismissed altogether.

If you have complied with most of the contract, with the exception of a small part, this may serve as an affirmative defense to breach of contract.

If you were prevented from complying with the contract, either by the plaintiff or by someone else, this may be an appropriate affirmative defense.

The contract was already canceled, so there is no longer a contract to enforce.

Rescission of a contract involves cancellation of the entire contract. If there is no contract, there is no obligation between parties. Returning goods effectively rescinds a contract and cancels obligation as well.

If the party entering into the contract was under 18, mentally or physically incapacitated, disabled, or otherwise lacking the legal capacity to understand the contract, this can be an affirmative defense.

A setoff is a defendant’s counterclaim against plaintiff seeking to diminish plaintiff’s potential recovery amount. The defendant asserts an independent cause of action stating that plaintiff owes money or other valuables to the defendant, so the defendant owes less than the amount claimed by plaintiff. A party can offset payments on one contract with damages incurred from another contract with the same party. Compare this to recoupment, where the damages are limited to the same contract or job. 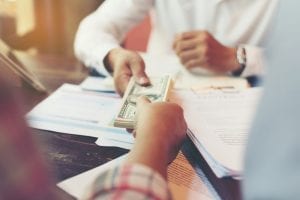 From the Latin “what one has earned,” Quantum Meruit allows a defendant to be awarded a reasonable sum of money (usually fair market value) when there is not an expressly agreed upon monetary amount in a contract because it has been modified by implied agreement of the parties.

Usury occurs in an agreement when a plaintiff charges a higher interest rate on a loan than is permitted by law.

No Damage to Plaintiff

If plaintiff did not suffer damages, even if the allegations of breach of contract against the defendant are true, this could be a valid affirmative defense.

Standing is the ability to demonstrate that you were sufficiently harmed to bring the suit to court. In Federal cases, there is a three-part test to determine standing:

The unclean hands doctrine also known as the “dirty hands” doctrine, occurs when the party that is being accused of breach alleges that the other party also committed a breach. Both parties are in the wrong (or have “unclean hands”) so neither should be given relief.

A Force Majeure, otherwise known as an “Act of God,” is an unforeseeable circumstance that allows certain kinds of contracts to be terminated.

If you need help addressing affirmative defenses in your breach of contract lawsuit, the experienced breach of contract attorneys at Talkov Law are here to help. Contact us online or call us at (844) 4-TALKOV (825568) for a free consultation today.