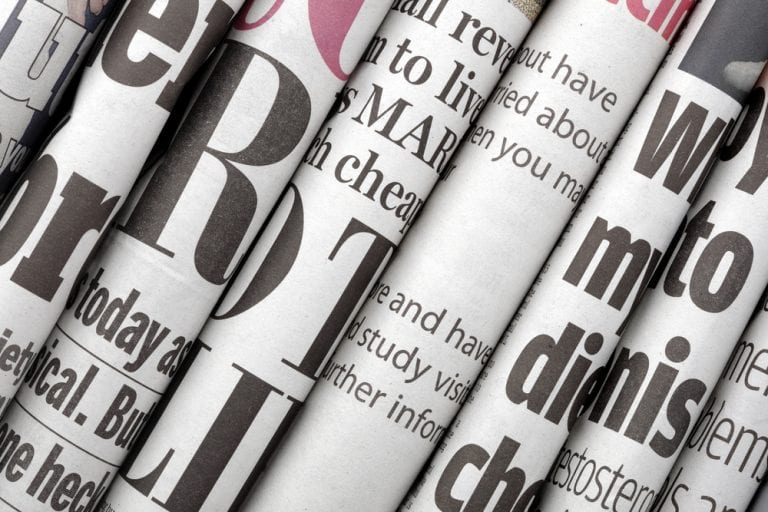 One of the most contested issues for newspapers of general circulation in California is what newspaper a city, county or other government entity must use to publish to meet the legal requirements of notice by publication.

The relevant law in Government Code Section 6041 provides as follows:

So what does it mean to be a “newspaper of general circulation published within the jurisdiction of the officer?” Well, that seems to depend on whether a particular newspaper or legal advertiser is in the good graces of the city or not.

For a newspaper to be “published,” it shall have been issued from the place where it is printed and sold to or circulated among the people and its subscribers during the whole of the one year period.

In other words, this issue turns on which newspaper(s) is “circulated among the people and its subscribers.”

One court found that: “The board is a county agency and it is reasonable to conclude that the statute intended to authorize it to effect a publication in a newspaper of general circulation for the county, providing it was circulated within the area selected for divisional purposes.” Western States Newspapers, Inc. v. Gehringer (1962) 203 Cal. App. 2d 793, 798.

Another court found that: “It was the clear intent of the Legislature, expressed in these two sections [now Government Code Sections 6041 & 6042], to require a newspaper of general circulation to be both printed and published in the city, town, or county wherein it seeks the patronage of such legal notices.” Petitions of Herald Pub. Co. (1957) 152 Cal. App. 2d 901, 906. However, this reference to “printed” in the 1957 case of Herald should be disregarded as “[i]t wasn’t until 1974 that the Legislature added the subject statute, section 6008 [of the Government Code],” which “boiled down to was a relaxation of the section 6000 requirement that the petitioning newspaper be both printed and published in the same place…. For purposes of [Section 6008], it no longer matters where the newspaper is actually printed.” In re Tri-Valley Herald (1985) 169 Cal. App. 3d 865, 871.

Often times, the conflict in these cases is between the daily newspapers and the weekly newspapers. As one court opined: “It is a matter of common knowledge that without the lucrative income resulting from ‘legal advertising’ the smaller newspapers, especially weekly and bi-weekly publications, find it difficult to survive the competition of the metropolitan dailies. Yet ‘legal notices’ in such papers are as likely to be seen and read in the jurisdiction where the publication is required to be made as they would be in the larger dailies.” Petitions of Herald Pub. Co. (1957) 152 Cal. App. 2d 901, 909.

Newspaper owners who are struggling to help cities, counties and other government agencies understand the importance of providing notice to the public through legal advertising should contact a newspaper of general circulation attorney to understand their rights.