9 Common Financial Mistakes that Could Lead You to Bankruptcy 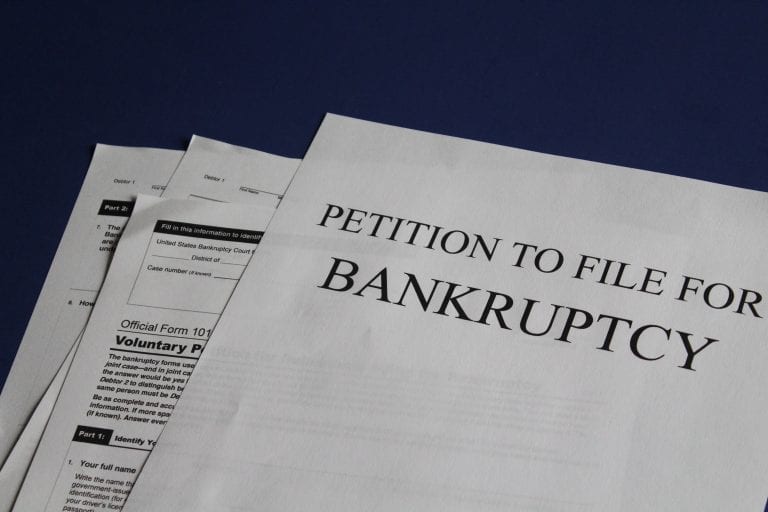 Americans enjoy the myth that bankruptcy only happens to other people. We have the top 9 REAL reasons that Americans file bankruptcy, and tips on how to avoid these mistakes.

The Myth of the Medical Bankruptcy

Ivestopedia claims that “66.5% of bankruptcies in the U.S. were due to medical issues like being unable to pay high bills or due to time lost from work.” President Obama furthered this myth in defending ObamaCare, claiming that “no one should go broke just because they get sick.”

This myth was debunked by TheHill.com, which found that “among Americans who cited medical debt as a contributing factor in their bankruptcy filing, only 12 to 13 percent of their total debts were medical. ”

So where did the other 87 to 88 percent of debts come from? The experienced bankruptcy attorneys at Talkov Law have advice that may save you from needing their services!

Americans love their homes, but too many have followed the myth that an expensive house (purchased on credit) equates to wealth. As long as you are living in your house (rather than renting it out), you are consuming its value. Bankruptcy courts have explained that “[s]helter is certainly a higher priority than the possibility of realizing a profit.” In re Grover, 2013 WL 3994608 (Bankr. N.D. Iowa Aug. 2, 2013). Stay within your means by purchasing a modest house to minimize the risk of needing a foreclosure attorney and ultimately a bankruptcy.

Cars are an expense. Other than certain classic cars, they depreciate over time. After years of making principal and interest payments, your car will likely have little value. Check the true cost of ownership to determine you really need an expensive car, or if a modest vehicle will keep you out of financial trouble.

Even though student loans are generally not dischargeable in bankruptcy, those monthly payments will make it harder to meet your other obligations. Be wary of taking on student loan debt that you won’t be able to afford.

4. Spending Money You Don’t Have & The Optimism Bias

Spending on credit cards can be a acceptable if you are paying the card in full every month. If not, you’ll end up paying exorbitant interest rates for the money you borrowed to eat at a restaurant, buy clothes, take a vacation or something else you didn’t have the money for. Steve Martin explained it best on Saturday Night Live: Don’t buy things you can’t afford. If you’re buying things you can’t afford under the belief that you’ll have the money tomorrow (after you get that promotion at work, the stock market goes up, etc.), you may have fallen victim to the optimism psychological bias. Plan your finances as though tomorrow will be just like today (or potentially worse) to avoid these problems. The only good news is that unsecured credit card debt is usually dischargeable in bankruptcy.

5. Taking on Other People’s Problems

Too many Americans are willing to take on the financial or personal problems of other people. Does your friend or family member not qualify for a lease, mortgage, credit card or student loan on their own? Maybe the lender knows something that you don’t, namely that this friend or family member is a high risk. Be very careful in co-signing or becoming the guarantor on loans, and know when to pull the plug if you’re paying for someone else’s problems as you may get pulled under as well.

Leverage is the financial principle that borrowing to purchase an investment can multiply the gains and the losses. For example, if you borrow money at 5% to buy an investment that generates enough income to pay the interest, you have positive leverage. However, if that investment does not generate enough income to cover that interest, you’ve obtained negative leverage and may find yourself going broke as you pay out of pocket to keep that investment, which may lead to a bankruptcy filing. Other forms or risk-taking can include not purchasing title insurance, homeowners insurance or health insurance.

Most Americans cannot afford the attorney’s fees of a protracted court fight. If you’re being sued, there is always the possibility that the other side may obtain a judgment against you, and potentially obtain an award of their attorney’s fees. This may come up in the context of a nasty divorce, an unpaid credit card or breach of contract. If you can settle a lawsuit early for a reasonable sum, you may be able to avoid bankruptcy. Of course, consult with an attorney about these complex matters.

When times get tough, too many Americans borrow by decreasing their tax withholdings (employees), failing to pay taxes that will be due (contractors), or borrowing from the employee trust fund- money that was deducted from employee payroll for taxes for the purpose of being paid to the government (employers). Whether or not bankruptcy will discharge such taxes is a complex issue that requires consultation with an experienced bankruptcy attorney.

Contrary to common perceptions, serious life catastrophes are the least common reason that Americans file bankruptcy. Such catastrophes can include prolonged job loss, divorces involving significant debt and serious medical bills. Although these do occur, do not fall into the trap of believing that these are the common way to find yourself in bankruptcy.

Disclaimer: This blog post provides commentary based on the personal observations of a California bankruptcy attorney. No statistical analysis has been used.