Coronavirus Defenses to Breach of Contract Under California Law 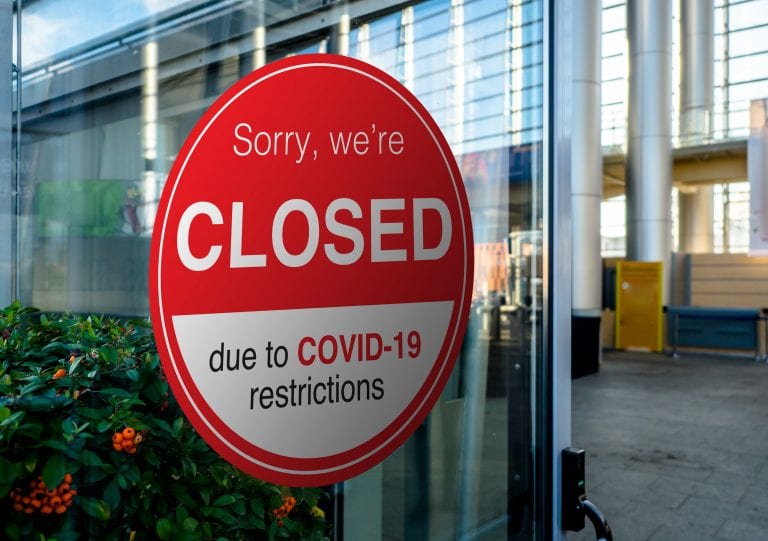 Does the Coronavirus Pandemic Excuse Performance of Contractual Obligations?

The Coronavirus pandemic will make it more difficult for many parties to perform their obligations under various contracts, including breach of a real estate lease, a purchase and sale contract, a mortgage, a promissory note, and various business and real estate contract. If one of the parties to a contract is unable to perform as a result of an actual or threatened Coronavirus pandemic outbreak, are there legal doctrines such as “force majeure” or “An Act of God” that will allow the party to suspend performance under a contract or terminate it altogether? Chances are, many disputes will be resolved out of court, so it is important for all parties to know their rights.

Several types of contract doctrines become paramount in these breach of contract disputes. Likely the most important doctrine is force majeure.

Force majeure is a defense to a party’s obligation when “acts of God” or other extraordinary events prevent a party from fulfilling its contractual obligations. Pacific Vegetable Oil Corporation v. C.S.T., Limited (1946) 29 Cal.2d 228. Likewise, the state of California codifies Causes Excusing Performance in California Civil Code Section 1511(2), which provides that: “When it is prevented or delayed by an irresistible, superhuman cause, or by the act of public enemies of this state or of the United States, unless the parties have expressly agreed to the contrary.”

A force majeure provision seeks to identify the types of circumstances that will suspend a performance obligation under a contract. See Horsemen’s Benevolent & Protective Ass’n v. Valley Racing Ass’n (1992) 4 Cal. App. 4th 1538, 1564-65. However, such force majeure clauses may have an unforeseen downside for the party seeking to avoid enforcement of the contract. If the force majeure clause lists a variety of occurrences excusing performance—e.g., war, labor disputes, terrorists attacks —but does not provide that this list is non-exclusive, the party requesting enforcement of the contract may point to its omission as a reason to enforce the parties’ obligations.

Under the defense of force majeure, a non-performing party to the contract may argue that, as a result of the Coronavirus outbreak, performance of their duties is now impossible, or at least financially infeasible. Courts might look to applicable law, contractual provisions and the parties’ course of dealing before and since the outbreak to determine whether this a viable defense.

Impossibility of Performance Due the Coronavirus Pandemic

Contract law in the United States has recognized and accommodated cases in which one party’s contractual performance is made impossible or impractical by unprecedented and unforeseeable events such as the outbreak of a war or a catastrophic event. Stewart v. Stone, 127 N.Y. 500, 28 N.E. 595 (1891). California courts have explained that: “A thing is impossible in legal contemplation when it is not practicable; and a thing is impracticable when it can only be done at an excessive and unreasonable cost.” City of Vernon v. City of Los Angeles (1955) 45 Cal. 2d 710, 719–20.

“Impossibility’ is defined in section 454 of the Restatement of Contracts, as not only strict impossibility but as impracticability because of extreme and unreasonable difficulty, expense, injury, or loss involved. Temporary impossibility of the character which, if it should become permanent, would discharge a promisor’s entire contractual duty, operates as a permanent discharge if performance after the impossibility ceases would impose a substantially greater burden upon the promisor; otherwise the duty is suspended while the impossibility exists.” Autry v. Republic Prods. (1947) 30 Cal. 2d 144, 148–49; see G. W. Andersen Constr. Co. v. Mars Sales (1985) 164 Cal. App. 3d 326, 335.

Even further, Uniform Commercial Code Section 2-615 (governing sale of goods) as well as the Restatement (Second) of Contracts set forth a rule generally referred to as the doctrine of impossibility of performance. Every state recognize some form of the law of impossibility, either in the common law of contracts or by code. California has codified the law as California Civil Code Section 1511(2), set forth above.

The bar for proving impossibility is high in that it requires that the condition supposedly interfering with performance be entirely unforeseeable. In Mitchell v. Ceazan Tires, Ltd. (1944) 25 Cal. 2d 45, a tenant that had leased commercial space for an auto parts and tire store contended that the war triggered governmental regulations on the sale of new tires, which made performance impossible. The California Supreme Court rejected this argument on the basis that the contract was entered into when the country was debating entry into the war, making this not entirely an unforeseeable or remote possibility, and also because the contract still retained value notwithstanding the limitation.

Accordingly, a party seeking to avoid enforcement due to the Coronavirus pandemic could argue that performance would be impracticable because of extreme and unreasonable difficulty, expense, injury, or loss involved. For example, running a business that involves interacting with the public may put the employer or the employees at an unreasonable risk of injury.

If the contract was signed before the first reported COVID-19 cases during December 2019, then foreseeability should not be a bar to the  argument due to the unprecedented nature of the the pandemic. However, disputes arising from the contracts that were reached after the pandemic will have a difficult time in light of the requirement of unforeseeability.

Even if not entirely impossible to perform, if it is utterly impractical to perform, the same result obtains—performance of contractual duties may be excused.

Frustration of Purpose Due to COVID-19

“Where, after a contract is made, a party’s principal purpose is substantially frustrated without his fault by the occurrence of an event the non-occurrence of which was a basic assumption on which the contract was made, his remaining duties to render performance are discharged, unless the language or circumstances [of the contract] indicate the contrary.” Restatement (Second) of Contract Section 265.

In Brown v. Oshiro (1945) 68 Cal.App. 2d 393, the parties agreed to a lease contract whereby the tenant would live on the property and manage the property as a hotel. Following the Military Exclusion Order in 1942, the Defendant tenant, a Japanese American, was forced to evacuate the municipality wherein the lease contract took place. However, before evacuating, the Plaintiff subleased the property to an individual who managed the hotel. Nonetheless, the Plaintiff tried to enforce the lease signed by the defendant. In trial court, the defendant prevailed using frustration of purpose as a defense by contending that the Military Order was beyond his control and he could no longer fulfill the duties of the contract. Id. The Court of Appeal reversed the judgement after the plaintiff argued that frustration of purpose defense should not bar the judgment made by the lower court because the purpose of the lease was not frustrated. Specifically, the hotel still maintained its operations after the defendant evacuated. Thus, the defendant has not sustained “the burden of proving that the value of the lease has been destroyed.” Id. (citing Lloyd v. Murphy (1944), 25 Cal. 2d 48, 56.)

Accordingly, frustration of purpose would include a party whose business plans are impacted by the pandemic in a significant manner such that there is no purpose to the contract to the party asserting the defense.

Parties with contractual disputes should reach out to a business attorney or real estate attorney to discuss the particular facts in their case. A skilled lawyer will be able to reach a prompt, out-of-court settlement to avoid the costs and delays of litigation.