Coronavirus Negligent Transmission Lawsuits Have Become the Next Big Thing 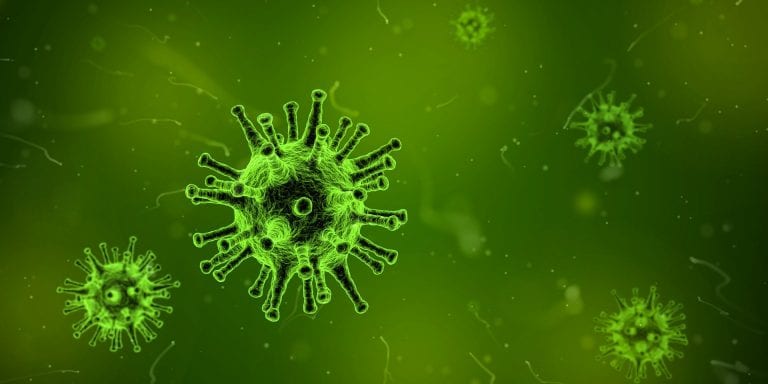 Contents hide
1. Can You Sue Someone for Transmitting Coronavirus? California Supreme Court seems to suggest negligence cause of action is possible.
2. Duty to Prevent Negligent Transmission of Infectious Diseases
2.1. “A Person is Liable if He Negligently Exposes Another to a Contagious or Infectious Disease”
3. Breach of Duty by Failing to Use Reasonable Care
4. Causation May be the Hardest Element to Prove
5. Damages Will be Obvious in a Wrongful Death Action

Can You Sue Someone for Transmitting Coronavirus? California Supreme Court seems to suggest negligence cause of action is possible.

With Coronavirus transmissions on the rise, lawyers will start asking whether someone can be sued for negligently transmitting Coronavirus. The answer appears to be that (you guessed it): it depends.

Chances are that the cost of bringing such a suit would be so expensive that it would never be filed by someone who lived, but missed work or was merely sick for a few weeks. Rather, such a lawsuit would be most likely to be brought by the family of someone who died from Coronavirus, i.e., a wrongful death action by the representative of the decedent’s estate.

On the issue of duty, you might be thinking: “I don’t owe a duty to everyone in the world!”

Not so fast. California Civil Code Section 1714(a) provides that: “Everyone is responsible, not only for the result of his or her willful acts, but also for an injury occasioned to another by his or her want of ordinary care or skill in the management of his or her property or person….” Many other states have similar laws.

Said another way: “All persons are required to use ordinary care to prevent others being injured as the result of their conduct.” Rowland v. Christian (1968) 69 Cal. 2d 108, 112. To determine whether there is a duty, courts weigh “the foreseeability of harm to the plaintiff, the degree of certainty that the plaintiff suffered injury, the closeness of the connection between the defendant’s conduct and the injury suffered, the moral blame attached to the defendant’s conduct, the policy of preventing future harm, the extent of the burden to the defendant and consequences to the community of imposing a duty to exercise care with resulting liability for breach, and the availability, cost, and prevalence of insurance for the risk involved.” Rowland v. Christian (1968) 69 Cal. 2d 108, 113; see Elements of Claim, Cal. Prac. Guide Civ. Pro. Trial Claims and Def. (The Rutter Group 2019) Ch. 6(I)-B, 6:18.

In 1980, the California Court of Appeal decided in Doe v. Roe (1990) 218 Cal.App. 3d 1538, 1541 the liability for transmission of herpes where it was undisputed that the defendant had actual knowledge he was infected was herpes, and had had several prior outbreaks, but “believed that he could not transmit it to [the plaintiff] as long as he was symptom free.” In affirming judgment for the plaintiff, the court emphasized that the “defendant admittedly had actual knowledge that herpes was sexually transmissible…. Having discovered that he had a venereal disease, defendant did nothing.” Id. at 1546; see Risk of Venereal Disease., 6 Witkin, Summary 11th Torts (2019) § 1044; see also Kathleen K. v. Robert B. (1984) 150 Cal. App. 3d 992, 997 (finding liability for transmission of herpes where “consent to sexual intercourse [was] vitiated by one partner’s fraudulent concealment of the risk of infection with venereal disease”).

The Doe case was cited in 2006 by the California Supreme Court in deciding the liability of a husband who was sued by his wife for infecting her with HIV. John B. v. Superior Court (2006) 38 Cal. 4th 1177. The John B. court found liability for negligent transmission of HIV extends to situations where the actor, under the totality of circumstances, had reason to know of the infection. John B. quoted a case from North Carolina finding that: “For over a century, liability has been imposed on individuals who have transmitted communicable diseases that have harmed others.” Berner v. Caldwell (Ala.1989) 543 So.2d 686, 688.

The California Supreme Court in John B. also quoted a case from North Carolina finding that “it is a well-settled proposition of law that a person is liable if he negligently exposes another to a contagious or infectious disease.” Crowell v. Crowell (1920) 105 S.E. 206, 208. John B. further cited American Jurisprudence that: “The general principle is established that a person who negligently exposes another to an infectious or contagious disease, which such other thereby contracts, is liable in damages.” 39 Am.Jur.2d (1999) Health, § 99, p. 549.

In other words, the issue of Coronavirus negligent transmission liability under civil law is hardly one of duty, but rather turns on questions of breach, causation and harm.

Breach of Duty by Failing to Use Reasonable Care

“After establishing the existence of a duty of care owed by the defendant, a plaintiff, to support a claim of negligence, must show that the defendant breached that duty.” Reasonable person standard, Cal. Civ. Prac. Torts (2019) § 1:19.

“All persons are required to use ordinary care to prevent others being injured as the result of their conduct; ordinary care is that degree of care which people of ordinarily prudent behavior can be reasonably expected to exercise under the circumstances of a given case. In other words, the care required must be in proportion to the danger to be avoided and the consequences that might reasonably be anticipated.” Hilyar v. Union Ice Co.,(1955) 45 Cal. 2d 30, 36.

In the case of Coronavirus transmission liability in civil court, given the expense, it would probably only be brought against a defendant who had actual knowledge that they were infected. A reasonably prudent person might stay away from the public until they were deemed healthy by following the CDC guidelines.

The standard would likely be heightened for those who interact with members of the public who are particularly susceptible to dying from Coronavirus, such as the elderly, according to an article in the Journal of the American Medical Association (JAMA).

Given the massive media exposure to information about the Coronavirus, it may not be difficult to establish that a person with knowledge that they had Coronavirus did not take reasonable precautions.

Causation May be the Hardest Element to Prove

“California has definitively adopted the substantial factor test of the Restatement Second of Torts for cause-in-fact determinations. Under that standard, a cause in fact is something that is a substantial factor in bringing about the injury. The substantial factor standard generally produces the same results as does the ‘but for’ rule of causation which states that a defendant’s conduct is a cause of the injury if the injury would not have occurred ‘but for’ that conduct.” Rutherford v. Owens-Illinois, Inc. (1997) 16 Cal. 4th 953, 968–69, as modified on denial of reh’g (Oct. 22, 1997) (citing Mitchell v. Gonzales (1991) 54 Cal. 3d 1041, et al.)

In the case of an alleged Coronavirus transmission, the plaintiff would bear the burden of proving that the particular defendant (or defendants) was (or were) the source of the transmission. Proving this would likely require experts, with the defendant(s) likely having no difficulty finding an expert to opine that it is not possible to determine the exact source of the infection.

This may turn on whether the transmission victim had extensive contact with various parties, as most people do. The exception may be a person who is in a confined place, such as a senior living in a senior home or person who’s only contact is with a caretaker who visits their house.

However, California imposes a second hurdle for plaintiffs: “The doctrine of proximate cause limits liability; i.e., in certain situations where the defendant’s conduct is an actual cause of the harm, the defendant will nevertheless be absolved because of the manner in which the injury occurred. Thus, where there is an independent intervening act that is not reasonably foreseeable, the defendant’s conduct is not deemed the ‘legal” or proximate cause.” 6 Witkin, Summary 11th Torts (2019) § 1335.

“Causation analysis in tort law generally proceeds in two stages: determining cause in fact and considering various policy factors that may preclude imposition of liability.” Viner v. Sweet (2003) 30 Cal. 4th 1232, 1235, n. 1. However, the HIV case from John B. v. Superior Court (2006) 38 Cal. 4th 1177 provides language suggesting that those with knowledge of their communicable disease should take reasonable precautions, meaning this may not be a barrier to liability.

Damages Will be Obvious in a Wrongful Death Action

As explained above, damages will be obvious if the transmission was made to a person who died from the Coronavirus.

Will litigation ensue from Coronavirus transmissions under the legal theory of negligence? Will courts find that such a theory is legally permissible? Only time will tell.