Neighbor Cut Trees on My Property Without Permission 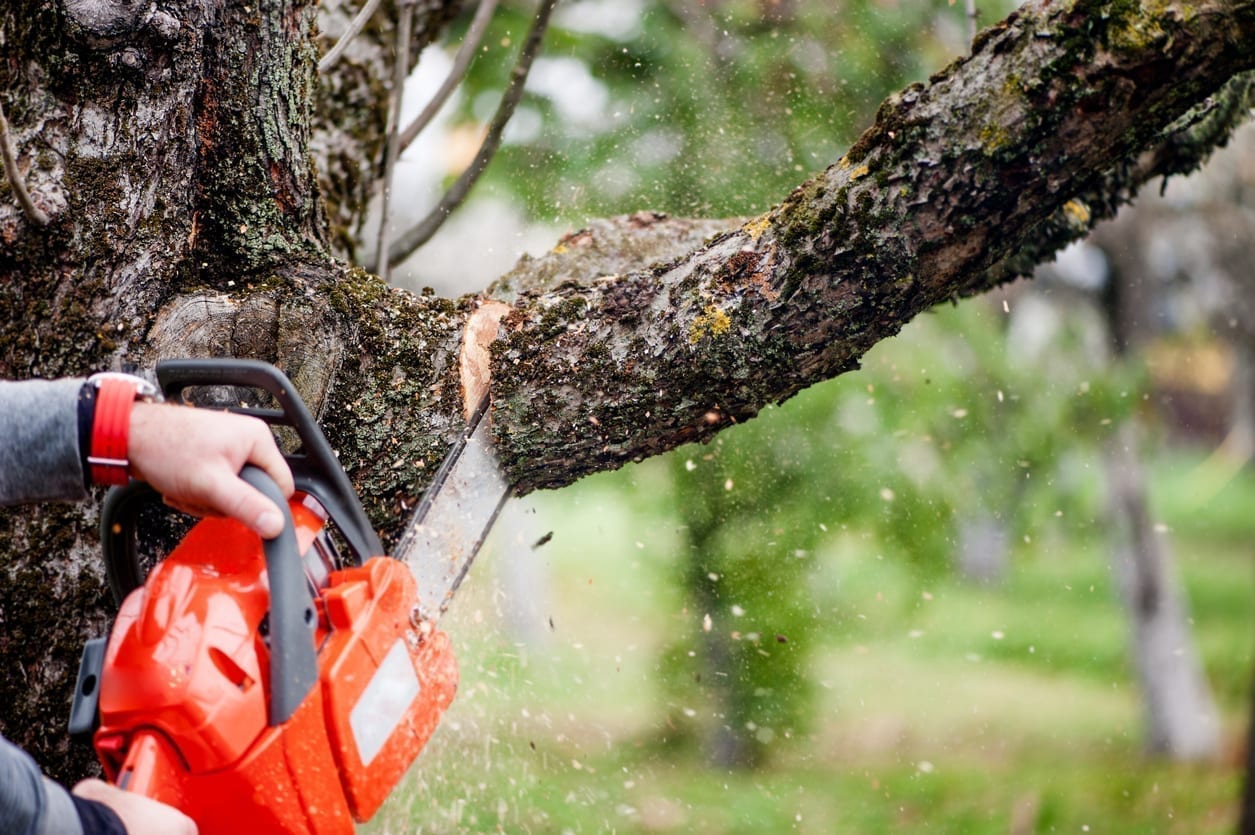 Contents hide
What Happens if a Neighbor Cuts Down a Tree on your Property?
How to Measure the Damage to Trees (Nuisance, Encroachment, Neighbors) under California Civil Code 3346 & Code of Civil Procedure 733
General Measure of Damages is Diminution in Value or Costs of Repair, Whichever is Less
Replacement Cost Damages Where There is a “Personal Reason” for Restoration
Reasonableness of Cost as a Limitation on Restoration Damages
Defense that Restoration Damages are Allowed Only if Restoration is Possible
Double and Triple (Treble) Damages Under Code of Civil Procedure § 733 & Civil Code § 3346
Mitigation of Damages
Consult an Attorney With Experience in Negligent Damage to Trees
Our Real Estate Attorneys Practice Throughout California

What Happens if a Neighbor Cuts Down a Tree on your Property?

How to Measure the Damage to Trees (Nuisance, Encroachment, Neighbors) under California Civil Code 3346 & Code of Civil Procedure 733

One of the heavily litigated issues when a neighbor cuts or chops trees on your property without permission or consent is the measure of damages.

As explained below, the rules are complex and give rise to numerous affirmative defenses that require the careful analysis of a real estate lawyer in California.

General Measure of Damages is Diminution in Value or Costs of Repair, Whichever is Less

“[T]he traditional rule in California for the measure of damages for tortious injury to real property has long been held to be diminution in value or costs of repair, whichever is less.” McKinney v. Christiana Cmty. Builders (1991) 229 Cal.App. 3d 611.

Stated another way, “[t]he measure of damages for tortious injury to property, including trees, ‘is the amount which will compensate for all the detriment proximately caused thereby, whether it could have been anticipated or not. Such damages are generally determined as the difference between the value of the property before and after the injury.’” Salazar v. Matejcek (2016) 245 Cal.App. 4th 634, 643–44.

For example, the trial court in Rony v. Costa (2012) 210 Cal.App. 4th 746, 754 “opted for a diminution in value measure of damages over a replacement cost measure” relating to damaged trees.

Replacement Cost Damages Where There is a “Personal  Reason” for Restoration

In 2016, the California Court of Appeal explained that: “‘Diminution in market value … is not an absolute limitation; several other theories are available to fix appropriate compensation for the plaintiff’s loss.’ ([Heninger] at p. 862, 162 Cal.Rptr. 104.) ‘There is no fixed, inflexible rule for determining the measure of damages for injury to, or destruction of, property; whatever formula is most appropriate to compensate the injured party for the loss sustained in the particular case, will be adopted.’ (Ibid.) One such alternative measure of damages is the cost of restoring the property to its condition prior to the injury, and a plaintiff may recover these costs even if they exceed diminution in value if there is a ‘personal reason’ for restoration. (Id. at p. 863, 162 Cal.Rptr. 104.)” Salazar v. Matejcek (2016) 245 Cal. App. 4th 634, 643–44. Extensive case law shows when it is appropriate for a court to find that a personal reason can be found.

Reasonableness of Cost as a Limitation on Restoration Damages

In 2016, the Court of Appeal explained that: “Even when the ‘personal reason’ exception applies, restoration costs ‘are allowed only if they are reasonable in light of the value of the real property before the injury and the actual damage sustained.’ (Orndorff v. Christiana Community Builders (1990) 217 Cal.App.3d 683, 690.) For example, ‘the owner of a unique home … cannot insist on its reconstruction where the cost to do so far exceeds the value of the home…. Nor are repair costs appropriate where only slight damage has occurred and the cost of repair is far in excess of the loss in value.’ (Ibid.) Whether the restoration costs are reasonable is a question for the trier of fact in the first instance, but an award of such costs may be unreasonable as a matter of law if it is grossly disproportionate to the value of the property or the harm caused by the defendant. (Ibid.; see also Heninger, supra, 101 Cal.App.3d at pp. 865–866.)” Salazar v. Matejcek (2016) 245 Cal. App. 4th 634, 644.

In 2017, the Court of Appeal explained even further that: “The measure of damages to be doubled or trebled under Code of Civil Procedure sections 733 and Civil Code section 3346 is not limited to the value of the timber or the damage to the trees. The statutes have been interpreted to permit doubling or trebling the full measure of compensable damages for tortious injury to property. (Salazar v. Matejcek (2016) 245 Cal.App. 4th 634, 643 (Salazar); Heninger v. Dunn (1980) 101 Cal.App.3d 858, 861 (Heninger).) ‘The measure of damages in California for tortious injury to property is ‘the amount which will compensate for all the detriment proximately caused thereby….’ (Civ. Code, § 3333.) Such damages are generally determined as the difference between the value of the property before and after the injury.’ (Heninger, at pp. 861–862, 162 Cal.Rptr. 104.) But ‘[d]iminution in market value … is not an absolute limitation; several other theories are available to fix appropriate compensation for the plaintiff’s loss.’ (Id. at p. 862, 162 Cal.Rptr. 104.) For example, a plaintiff may recover the costs of restoring the property to its condition prior to the injury—even if such costs exceed diminution in value—so long as there is a valid ‘personal reason’ to do so. (Id. at p. 864, 162 Cal.Rptr. 104; see, e.g., Kallis v. Sones (2012) 208 Cal.App.4th 1274, 1279–1281 [doubling not only the amount of damages determined for the tree, but also the amount awarded for restoring the property, including installation of a new tree and aftercare costs].) ‘[A]nnoyance and discomfort’ is another theory under which a plaintiff may recover damages for tortious injury to property in California. In Kornoff v. Kingsburg Cotton Oil Co. (1955) 45 Cal.2d 265, 272 (Kornoff), the California Supreme Court recognized that ”an occupant of land may recover damages for annoyance and discomfort that would naturally ensue….” from a trespass on the plaintiff’s land. In that case, the defendant operated a cotton gin on land adjacent to the plaintiffs’ property. Operating the gin caused the ‘lawns, flowers, shrubs, window screens, hedges and furniture’ on the plaintiffs’ property to be ‘covered with a thick coating of dust and lint and ginning waste.’ (Id. at p. 273.) The court noted that the defendant’s trespass, while not of ‘the type to cause fright or shock or even physical illness,’ nevertheless caused the plaintiffs ‘much annoyance and discomfort.’ (Ibid.) Even though the plaintiffs had suffered no physical injury, the court concluded they were entitled to compensation because their annoyance and discomfort was the natural and proximate cause of the defendant’s trespass. (Id. at pp. 272–273; see also Armitage v. Decker (1990) 218 Cal.App.3d 887, 905, 267 Cal.Rptr. 399 [‘The general rule is simply that damages may be recovered for annoyance and distress, including mental anguish, proximately caused by a trespass’].)” Fulle v. Kanani (2017) 7 Cal.App. 5th 1305, 1312–13.

If restoration of the land to a reasonable approximation of its former condition is impossible or impracticable, the landowner may recover the value of the trees or shrubbery, either as timber or for their aesthetic qualities, again without regard to the diminution in the value of the land.

Code of Civil Procedure § 733 provides that:

Any person who cuts down or carries off any wood or underwood, tree, or timber, or girdles or otherwise injures any tree or timber on the land of another person, or on the street or highway in front of any person’s house, village, or city lot, or cultivated grounds;  or on the commons or public grounds of any city or town, or on the street or highway in front thereof, without lawful authority, is liable to the owner of such land, or to such city or town, for treble the amount of damages which may be assessed therefor, in a civil action, in any Court having jurisdiction.

Civil Code Section 3346(a) provides that:

For wrongful injuries to timber, trees, or underwood upon the land of another, or removal thereof, the measure of damages is three times such sum as would compensate for the actual detriment, except that where the trespass was casual or involuntary, or that the defendant in any action brought under this section had probable cause to believe that the land on which the trespass was committed was his own or the land of the person in whose service or by whose direction the act was done, the measure of damages shall be twice the sum as would compensate for the actual detriment, and excepting further that where the wood was taken by the authority of highway officers for the purpose of repairing a public highway or bridge upon the land or adjoining it, in which case judgment shall only be given in a sum equal to the actual detriment.

While plaintiffs may believe these statutes equate to treble damages in all case, the law, as explained above and in numerous cases, means that obtaining such damages requires numerous perquisites.

Mitigation of damages as a defense to damage to trees involves a case that, in fact, arose from another case involving damage to trees. Green v. Smith (1968) 261 Cal.App.2d 392, 396, explained that: “A plaintiff cannot be compensated for damages which he could have avoided by reasonable effort or expenditure…. If a choice of two reasonable courses presents itself, the person whose wrong forced the choice cannot complain that one rather than the other is chosen.… It is sufficient if he acts reasonably and with due diligence, in good faith.”

Consult an Attorney With Experience in Negligent Damage to Trees

Chopping down trees without permission or having a neighbor cut down a tree on your property is inevitably a tense area of law. Damage to trees has become increasingly complex over the years based on the various measures of damages, defenses to these actions, and expert witnesses with knowledge of how to defeat and prosecute these claims. It is important to consult an experienced real estate litigation lawyer to consider your options.

Mitigation of Damages in Breach of Lease & Contract… Fraud Affirmative Defenses in California Motion for Attorney's Fees in Bankruptcy Adversary… Family Code 1100(b) - Spouses Can Gift No More than… Boilerplate Affirmative Defenses: Motion to Strike &…