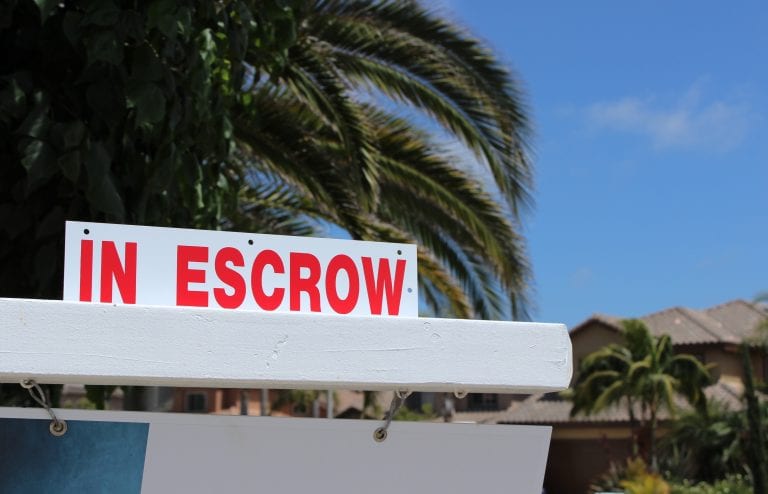 Escrow disputes may arise in a real estate or business context. One typical area where escrow is used and may be the source of litigation is in the course of a purchase and sale. Escrow disputes are one of many potential issues which may arise in the purchase of real property, generally, or in the bankruptcy context. Thus, it is important to understand what escrow is in order to properly describe the potential liability of an escrow holder to third parties.

The definition of escrow or an escrow account is provided in the California Civil Code.

A grant may be deposited by the grantor with a third person to be delivered on performance of a condition, and, on delivery by the depositary, it will take effect. While in the possession of the third person, and subject to condition, it is called an escrow.

Escrow has also been defined in California case law.

An escrow involves the deposit of documents and/or money with a third party to be delivered on the occurrense of some condition.

As if these two sources did not clear up the issue enough, the term escrow is also defined in California’s Financial Code.

‘Escrow’ means any transaction in which one person, for the purpose of effecting the sale, transfer, encumbering, or leasing of real or personal property to another person, delivers any written instrument, money, evidence of title to real or personal property, or other thing of value to a third person to be held by that third person until the happening of a specified event or the performance of a prescribed condition, when it is then to be delivered by that third person to a grantee, grantor, promisee, promisor, obligee, obligor, bailee, bailor, or any agent or employee of any of the latter.

Given the obligations created by the creation of an escrow account, the escrow holder’s liability is typically limited to the parties to the agreement under which the escrow holder is granted possession of the material in the account.

In limited cases, however, an escrow holder may be liable for damages suffered by a person who is not a party to the escrow.

Escrow Holder Liability to Third Parties Based on Direct Contract

It is not uncommon for third party lenders to provide closing instructions to an escrow holder that provide the conditions upon which the lender will fund the escrowed transaction. See Plaza Home Mortgage, Inc. v. N. Am. Title Co. (2010) 184 Cal.App.4th 130, 136.

Escrow Holder Liability to Third Parties Based on Equitable Estoppel

In Bear Creek, the escrow holder failed to comply with instructions in the escrow agreement obligating the escrow holder to properly record covenants, conditions, and restriction on all four units in a certain subdivision. Id. The homeowners association of the recent development disallowed construction for a buyer who proposed a development which would have been in violation of the covenants if they had been recorded by the escrow holder. Id. The homeowners association was sued for slander of title (as an aside, when filing a quiet title action, it is necessary to file a lis pendens (notice of pendency of action) concurrently with the complaint for quiet title) due to its recordation of a notice of violations against the buyer. Id.

The determination whether in a specific case the defendant will be held liable to a third person not in privity it a matter of policy and involves the balancing of various factors, among which are the extent to which the transaction was intended to affect the plaintiff, the foreseeability of harm to him, the degree of certainty that the plaintiff suffered injury, the closeness of the connection between the defendants’s conduct and the injury suffered, the moral blame attached to the defendant’s conduct, and the policy of preventing future harm.

Given the ability of third parties to hold an escrow holder liable, it would serve an escrow holder or third party well to contact an experienced business and real estate attorney to talk through the specifics of their dispute and their likelihood of recovery or liability.