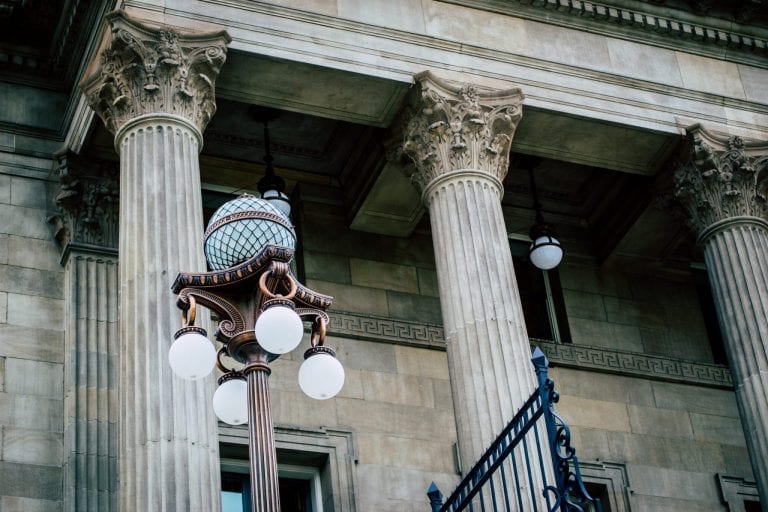 The general rule in California, Code of Civil Procedure, Section 2016(b), is that information “not privileged, which is relevant to the subject matter involved in the pending action” is discoverable. Evidence Code § 940, however, is a fundamental rule of California evidence law that prevents self-incriminating information from being discoverable.

According to the California Appellate Court, “courts have construed this principle to permit the privilege against self-incrimination to be asserted in any proceeding, civil or criminal, administrative or judicial, investigatory or adjudicatory.” (Pacers, Inc. v. Superior Court (1984) 162 Cal.App.3d 686; see also Kastigar v. United States (1972) 406 U.S. 441, 444).

In the Pacers case, the relevant facts are simply that petitioners were sued civilly for acts which a federal grand jury refused to issue criminal indictments, but for which the United States attorney was maintaining an “open file.” At petitioners’ depositions in the civil action, they asserted their Fifth Amendment privilege against self-incrimination due to the threatened criminal proceeding. They refused to answer any questions unless they were given use and derivative use immunity. The court denied the request.

‘Real parties’ (Plaintiffs in the state court case) asked the superior court for an order prohibiting petitioners from testifying at trial because they failed to answer deposition questions. Petitioners opposed real parties’ motion, asking the court instead to postpone their depositions until after the statute of limitations runs on the criminal prosecution (approximately two years). The court granted real parties’ request, prohibiting petitioners from testifying at trial “as to all matters forming the subject matter” of the lawsuit.

The Pacers court concluded the superior court abused its discretion in failing to fashion a remedy accommodating the interests of both petitioners and real parties.

The Pacers court found that “In framing its order, the superior court forced petitioners to choose between their silence and a ‘meaningful chance of avoiding the loss through judicial process of a substantial amount of property.’ People v. Coleman (1975) 13 Cal. 3d 867, 885. Petitioners were, in effect, penalized for exercising a fundamental constitutional right. Their inability to testify on their own behalf because they asserted their Fifth Amendment privilege made asserting that privilege ‘costly.’ Griffin v. California (1965) 380 U.S. 609, 614.”

The Pacers court further stated that “A party asserting the Fifth Amendment privilege should suffer no penalty for his silence. In this context ‘penalty’ is not restricted to fine or imprisonment. It means, as we said in Griffin v. California, 380 U.S. 609, 85 S. Ct. 1229 … the imposition of any sanction which makes assertion of the Fifth Amendment privilege ‘costly.’ (Spevack v. Klein (1967) 385 U.S. 511, 515).”

Can I Assert My Right To Remain Silent in Family Court in California?

The tug-of-war between Fifth Amendment protections and family court proceedings most often comes about when a litigant is facing criminal proceedings or proceedings led by a domestic violence restraining order attorney in family court based on the same allegations (generally, a single specific incident).

Must the Family Court Stay or Continue a Case Until Completion of Related Criminal Proceedings?

There is no easy answer to this question. As with most decisions made in family law, the courts have wide discretion and few bright-line rules.

When a party is confronted with parallel civil and criminal proceedings, the Court must evaluate the “particular circumstances and competing interests involved in the case,” and most importantly, evaluate “the extent to which the [party’s] fifth amendment rights are implicated.” (Federal Sav. & Loan Ins. Corp. v. Molinaro (1989) 889 F.2d 889, 902).

The court in Keating v. Office of Thrift Supervision, (1995) 45 F.3d 322 established factors that should be considered by the court when making a decision regarding whether to stay (continue) civil proceedings, including:

Ultimately, the Pacers court articulated the issue as follows:

To allow the prosecutors to monitor the civil proceedings hoping to obtain incriminating testimony from petitioners through civil discovery would not only undermine Fifth Amendment privilege but would also violate concepts of fundamental fairness.

What this means is that the family court should weight the factors outlined in the Keating case and make a case-by-case determination of whether a particular matter should be continued or stayed pending completion of criminal proceedings “when the interests of justice seem to require such action.” Keating v. Office of Thrift Supervision, supra.

The principles discussed in the article are often complex, involving fundamental rights. If you are navigating your way through the family law court while also facing criminal proceedings, contact a skilled California family law attorney to help guide you through the process. Whether you have questions for a family law contempt attorney, call the experienced family law attorneys at Talkov Law at (844) 4-TALKOV (825568) or contact us online for a free consultation about your case.