Little-Known Secrets and Rules to Succeed in Family Law Contempt

A party subject to a valid family court order who, with knowledge of the order and the ability to comply, fails to comply with the terms of the order may be subject to a contempt adjudication and statutory penalties thereto (Cal Civ. Proc. Code § 1218 & 1219).

Whether you find yourself defending charges for contempt of court, or you are thinking about filing a contempt action against the other party for violation of a court order, you have come to the right place! This article is the ultimate guide to family law contempt proceedings.

Contempt proceedings in family court are commenced by presenting a prescribed “charging affidavit” to the court (Cal Civ. Proc. Code § 1211(a)). Based on the affidavit (which recites the facts constituting the prima facie contempt), the court must then issue and sign an order to show cause directing the alleged ‘contemnor’ (the party allegedly in violation of the order or judgment) to appear and be heard on the charge at a specified date and time (Cal Civ. Proc. Code § 1212).

In California family law cases, contempt proceedings must be initiated by filing and serving Judicial Council Form FL-410, Order to Show Cause and Affidavit for Contempt, along with an Affidavit of Facts Constituting Contempt (FL-411 or FL-412). These forms have been adopted for mandatory use by the Judicial Council, so contempt proceedings in family court cannot proceed without these forms and the requisite attachments.

If no objection is raised to the sufficiency of the charging affidavit, jurisdiction to adjudicate contempt may be established by facts proven at the time of the hearing on the contempt. Under such circumstances, the court must amend the affidavit to conform to the proof offered during the hearing (Cal Civ. Proc. Code § 1211.5(a)).

Due Process Rights in Family Court Contempt Proceedings – What Constitutional Rights is a Citee in a Contempt Action Entitled to?

Notice of the Contempt Charges in Family Court

The citee must be put on formal notice of the charge(s) and of the time and place for the court hearing on the charge(s). This includes a formal reading of the charges, although this is regularly waived by the citee upon arraignment. Conformed copies of the charging affidavit and the Order to Show Cause re Contempt (OSC re Contempt) must be served on the citee at least 21 calendar days before the hearing (Cal Civ. Proc. Code § 1005(b)).

Service of the notice must be effectuated in a manner authorized for service of summons (generally, personal service). OSC re Contempt is not properly served by the more lenient California Code of Civil Procedure, Section 1010 et seq. methods for service generally (Cal Civ. Proc. Code § 1016; Cal Fam. Code § 215). Service on the citee’s attorney will not suffice in a contempt proceeding (Cal Civ. Proc. Code § 1015, 1016; see also Cal Fam. Code § 215).

Opportunity to be Heard on Contempt Charges in Family Court

Contempt proceedings cannot be decided on the moving and responding pleadings alone because the citee is constitutionally entitled to a formal hearing and must be allowed to testify in his/her own defense, to call and cross-examine witnesses, and to introduce evidence (Cal Civ. Proc. Code § 1217).

Application of the 5th Amendment in Family Law Contempt Proceedings

The citee must be afforded the testimonial privileges of a criminally accused defendant. He or she is entitled to exercise the privilege against self-incrimination and the privilege is not waived by filing an answer to the charging affidavit (U.S. Const. Amend. V)

If the court proceeds to trial on contempt charges without a jury, and the citee has not expressly waived the right to a jury, the maximum sentence that may be imposed is 180 days (6 months).

A longer sentence in violation of the jury trial right will not invalidate a contempt conviction, but the court must reduce the sentence to six months or less (U.S. Const. Amend. VI).

Many citees simply retain or re-retain the family law attorney who represented him or her in the underlying family law case; however, it is advisable to contact a family law attorney with knowledge and experience in the specific field of contempt defense, as the punishment for a contempt conviction can include jail time.

The citee also has the same rights as a criminal defendant, in that the party alleging the contempt must present proof of a prima facie contempt case by competent evidence beyond a reasonable doubt (Cal Pen. Code § 1096). The contempt must be discharged if the charging party fails to meet this burden on each element of the prima facie case.

The U.S. Constitution guarantees that a person will not be subject to duplicate punishment or duplicate prosecution for the same criminal offense (U.S. Const. Amend. V; see also Cal Pen. Code § 1387). Double jeopardy protection attaches in a criminal contempt prosecution to the same extent it does in other criminal prosecutions. 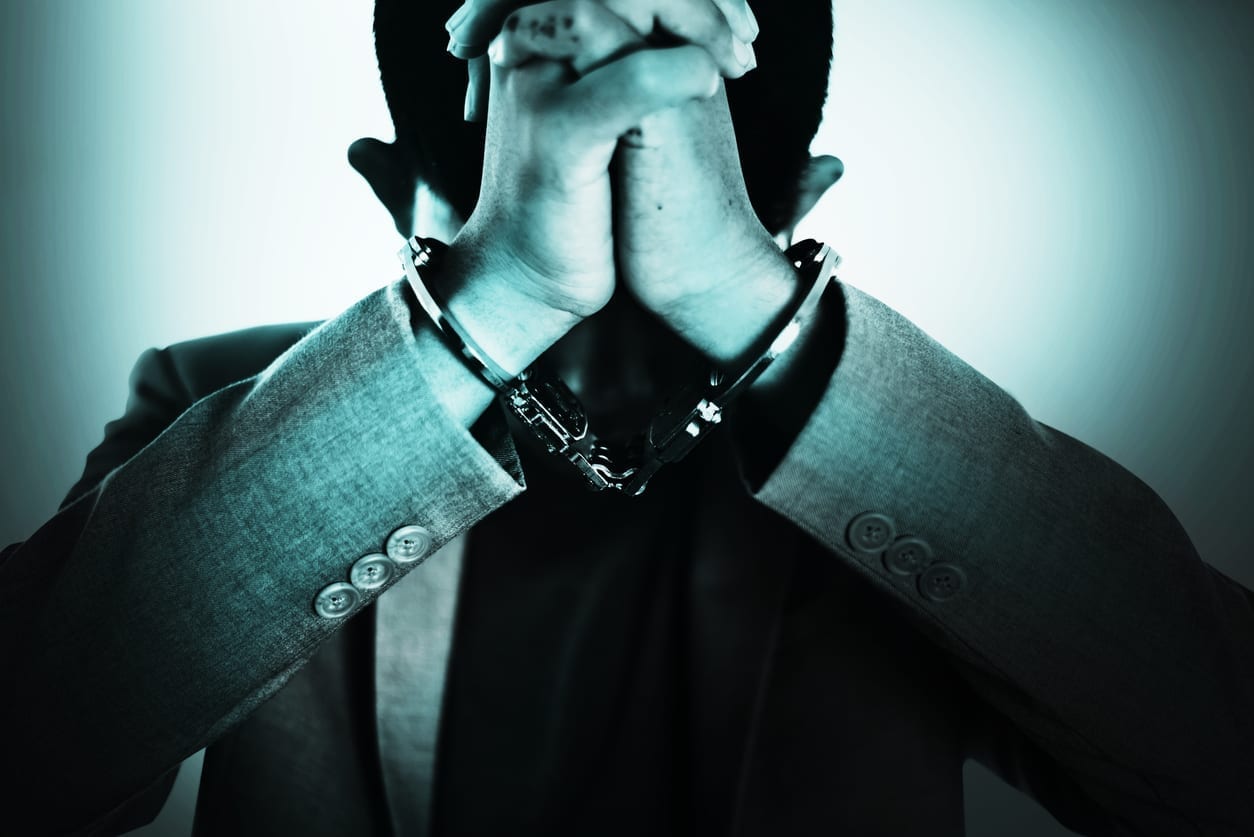 Punishment [Sentence] and Penalties for Contempt of Court in California

Following the contempt proceedings, wherein the contemnor will have been afforded all of the due process rights of any criminal defendant pursuant to the U.S. Constitution, and upon a contempt adjudication for violation of a valid court order made under the Family Code, the court “shall order” community service and/or imprisonment as prescribed by California Code of Civil Procedure Section 1218(c). This language makes punishment in family law contempt proceedings mandatory. Section 1218(c) provides that for each act (count) of contempt, the convicted party shall be fined up to $1,000 and/or imprisoned for up to 5 days.

The contemnor must also be ordered to pay an administrative fee not exceeding the “actual cost” of the contemnor’s administration and supervision while assigned to a community service program (Cal Civ. Proc. Code § 1218(c)(3)(B)).

Upon a first finding of contempt, the convicted party must be ordered to perform community service of up to 120 hours, or be imprisoned for up to 120 hours (5 days), for each count of contempt for which the party was convicted (Cal Civ. Proc. Code § 1218(c)(1)).

If there is a second contempt finding, the contemnor must be ordered to perform community service of up to 120 hours and be imprisoned for up to 120 hours for each count of contempt for which the party was convicted (Cal Civ. Proc. Code § 1218(c)(2)).

If there is a third contempt finding, the contemnor must be ordered to perform community service of up to 240 hours and be imprisoned for up to 240 hours for each count of contempt for which the party was convicted (Cal Civ. Proc. Code § 1218(c)(3)(A)).

Can I Really Go to Jail for Violating a Family Court Order?

The court must take into account a contemnor’s employment schedule when ordering community service or imprisonment. It would be counter-intuitive to have such punishments interfere with a contemnor’s employment, especially when the conviction is based on violation of a child support or spousal support order.  The court will consider what kind of family court order the contemnor violated in fashioning the sentence that seems appropriate in any given case, but the discretion is less vast in this arena than in many other areas of family law.

Parties in family law matters have a right to a remedy when the opposing party violates the court’s orders. The knowledge that in the event the other party does not perform under the terms of a stipulated agreement or court order the court will punish that party for non-compliance creates trust and security for the people who enter the family court seeking help from the judicial system.  No one would follow court orders if there was no consequence for violations.

It is important to contact an experienced family law contempt attorney to guide you through the court process in a prompt and clear manner. 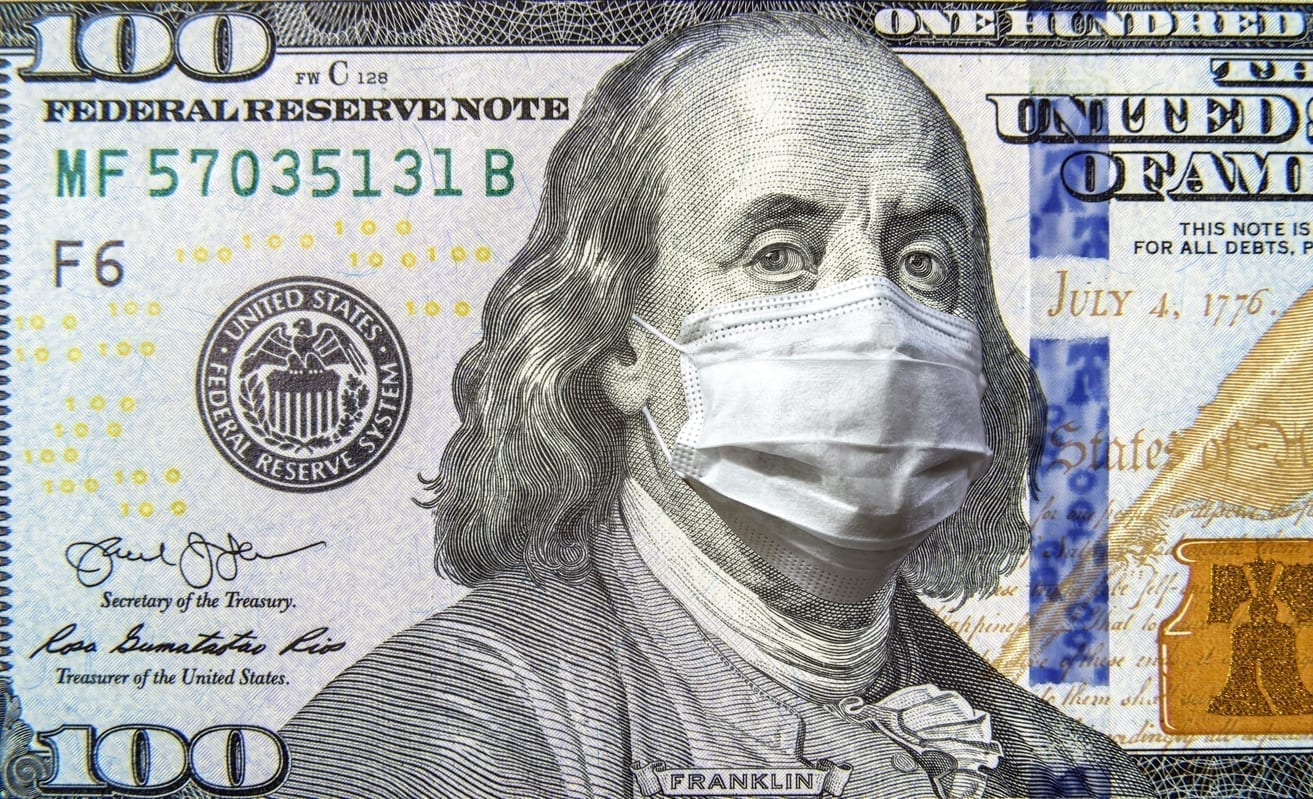 The #1 Reason You Can't Afford to Wait to File a… 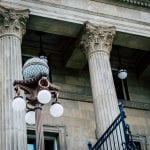 How To Use Evidence Code 940 in Family Court to…

Can I Modify My Custody Arrangement Without Going to Court? 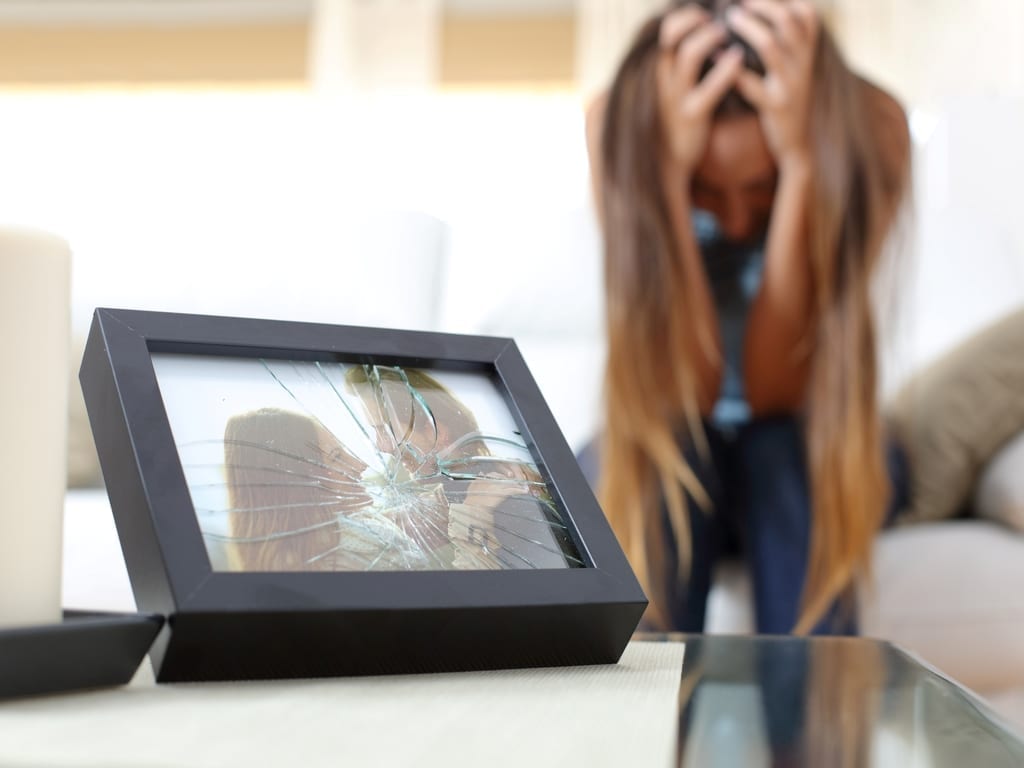 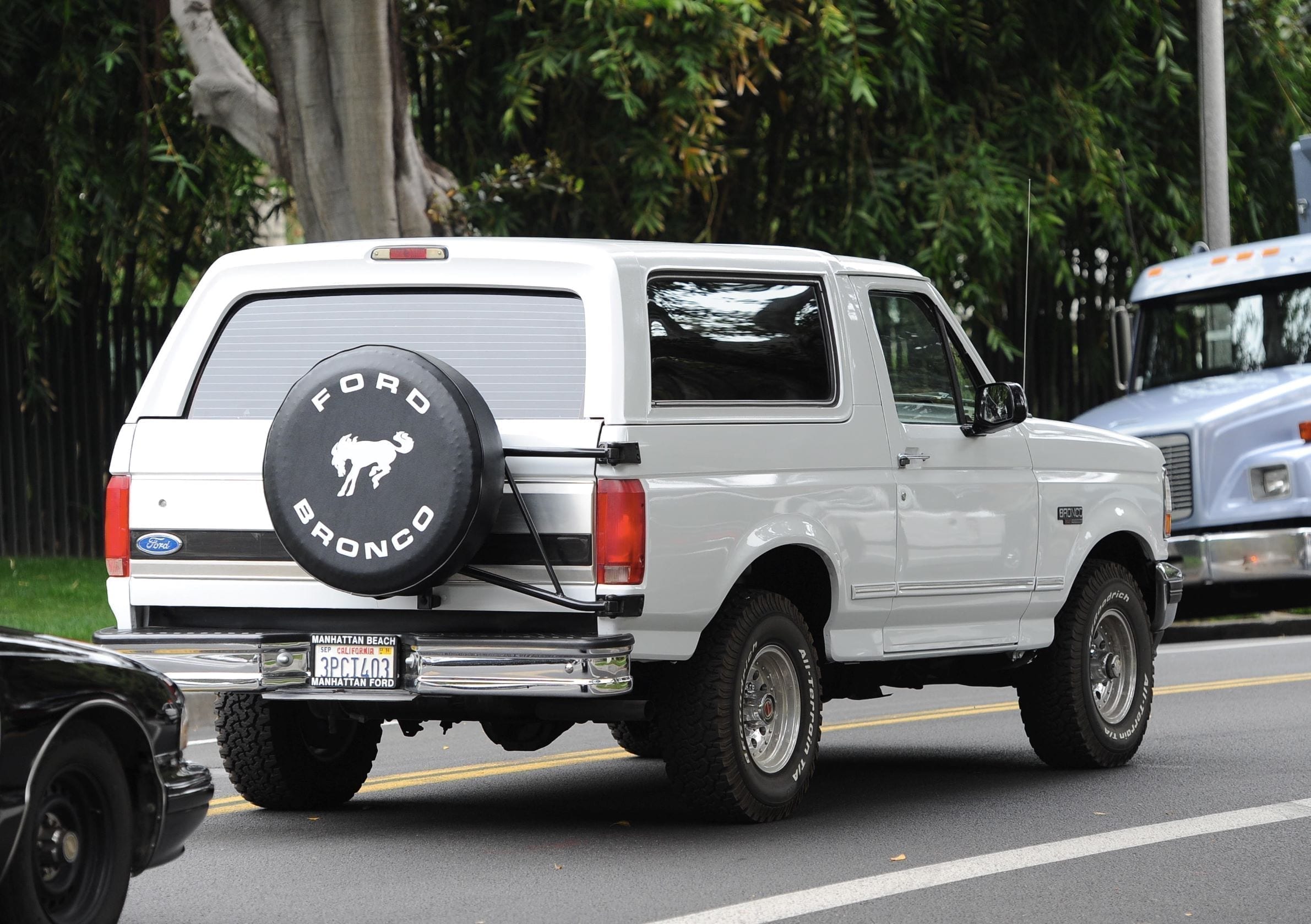 How To Request or Oppose a Change of Venue in… 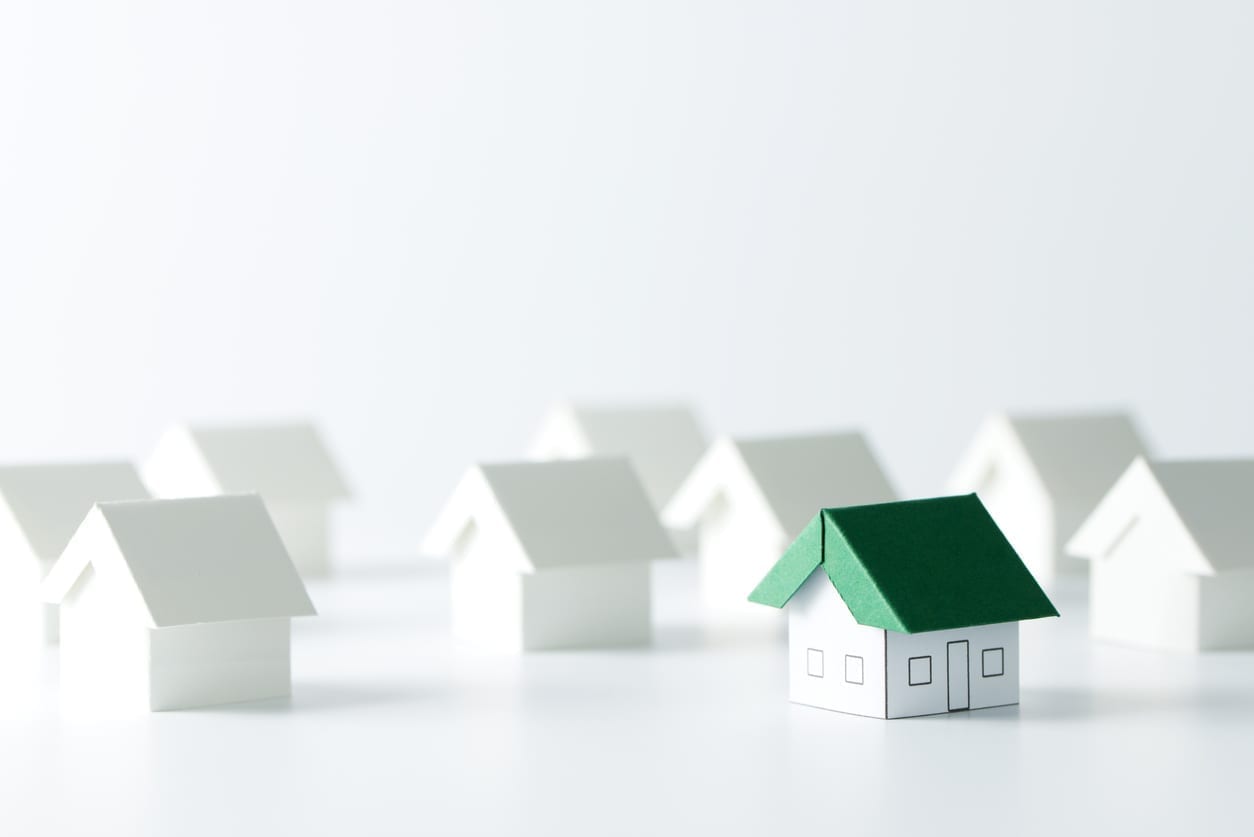 Can an HOA Place a Lien or Foreclose on my Property? 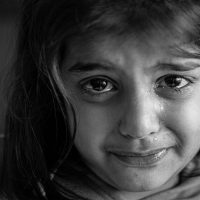 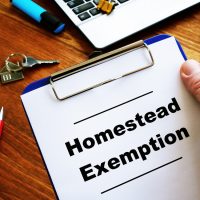 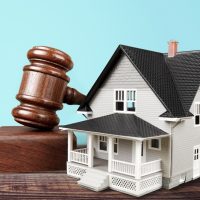 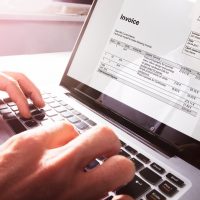