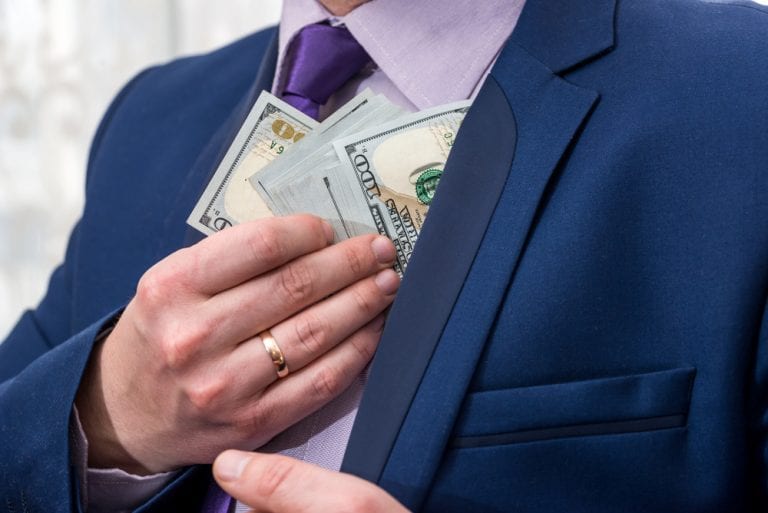 Elements of Fraudulent Misrepresentation in California

Under California law, to establish a claim for fraudulent misrepresentation, the plaintiff must prove:

Actual fraud, what. Actual fraud, within the meaning of this Chapter, consists in any of the following acts, committed by a party to the contract, or with his connivance, with intent to deceive another party thereto, or to induce him to enter into the contract:
1. The suggestion, as a fact, of that which is not true, by one who does not believe it to be true;
2. The positive assertion, in a manner not warranted by the information of the person making it, of that which is not true, though he believes it to be true;
3. The suppression of that which is true, by one having knowledge or belief of the fact;
4. A promise made without any intention of performing it; or,
5. Any other act fitted to deceive.

A fraudulent misrepresentation should not be confused with cases where something is not represented, but should have been. In those cases: “The required elements for fraudulent concealment are: (1) concealment or suppression of a material fact; (2) by a defendant with a duty to disclose the fact to the plaintiff; (3) the defendant intended to defraud the plaintiff by intentionally concealing or suppressing the fact; (4) the plaintiff was unaware of the fact and would not have acted as he or she did if he or she had known of the concealed or suppressed fact; and (5) plaintiff sustained damage as a result of the concealment or suppression of the fact.” Bank of America Corp. v. Superior Court (2011) 198 Cal.App.4th 862, 870.

Negligent misrepresentation does not require knowledge of falsity, unlike a cause of action for fraud. Tindell v. Murphy (2018) 22 Cal. App. 5th 1239.

The first requirement for fraudulent misrepresentation is that the representation have been material, which is another way of saying important. In other words, immaterial, or unimportant, misrepresentations are not actionable as fraud. “Under California law, a fact is material if a reasonable man would attach importance to its existence or nonexistence in determining his choice of action in the transaction in question. In this context, a fact is material, and the jury was so instructed, if there is a substantial likelihood that, under all the circumstances, a reasonable investor would consider it important in reaching an investment decision. Materiality is a question of fact for the jury, “unless the ‘fact misrepresented is so obviously unimportant that the jury could not reasonably find that a reasonable man would have been influenced by it.” Persson v. Smart Inventions, Inc. (2005) 125 Cal.App.4th 1141, 1163 (citing Engalla v. Permanente Medical Group, Inc. (1997) 15 Cal.4th 951, 977).

2. Falsity of the Fraudulent Misrepresentation

“When pleading fraud, a complaint must adequately specify the statements it claims were false or misleading, give particulars as to the respect in which plaintiff contends the statements were fraudulent, state when and where the statements were made, and identify those responsible for the statements.” Glen Holly Entertainment, Inc. v. Tektronix, Inc., 100 F.Supp.2d 1086, 1094 (C.D. Cal. 1999). “[T]he most direct way for a plaintiff to demonstrate the falseness of the charged statements is to plead ‘inconsistent contemporaneous statements or information which were made by or available to the defendants.’…This means that “a plaintiff does not satisfy the falsity requirement by merely asserting that a company’s later revelation of bad news means that ‘earlier, cheerier’ statements must have been false. In fact, these types of allegations are called ‘fraud by hindsight’ and they do not establish falsity.” Glen Holly Entertainment, Inc. v. Tektronix, Inc., 100 F.Supp.2d 1086, 1094 (C.D. Cal. 1999).

4. Intent for the Plaintiff to Rely on the Fraudulent Misrepresentation

The law is that: “The representation must have been made with the intent to defraud plaintiff, or a particular class of persons to which plaintiff belongs, whom defendant intended or reasonably should have foreseen would rely upon the representation. One who makes a representation with intent to defraud the public or a particular class of persons is deemed to have intended to defraud every individual in that category who is actually misled thereby.” Murphy v. BDO Seidman (2003) 113 Cal.App.4th 687, 695, as modified on denial of reh’g (Dec. 24, 2003).

5. Reasonable Reliance on the Fraudulent Misrepresentation

6. The Plaintiff was Harmed – Damages for Fraudulent Misrepresentation

Deception without loss is not actionable as fraud or negligent misrepresentation. Creative Ventures, LLC v. Jim Ward & Associates (2011) 195 Cal.App. 4th 1430. Accordingly, no matter how big the lie may be, there is no cause of action for fraud absent damages.

Election of Remedies for Fraud

“When a party learns that he has been defrauded, he may, instead of rescinding, elect to stand on the contract and sue for damages.” Storage Services v. C.R. Oosterbaan (1989) 214 Cal.App.3d 498, 511. This means that a party may indeed consummate a transaction, then sue for damages.

Only Intentional Misrepresentation Allows for the Recovery of Punitive Damages, Also Known as Exemplary Damages

The final requirement in fraudulent misrepresentation is that the plaintiff’s reliance on the defendant’s representation was a substantial factor in causing that harm to the plaintiff. Said another way, the fraud must have been the cause of the damages claimed by the plaintiff. As courts have explained: “To recover for fraud, a plaintiff must prove loss proximately caused by the defendant’s tortious conduct. (Civ.Code, § 1709; 1 Witkin, Summary of Cal. Law (10th ed. 2005) Torts, § 718, p. 1041.)” Fladeboe v. American Isuzu Motors Inc. (2007) 150 Cal.App.4th 42, 65, as modified (Apr. 24, 2007) (“Deception without resulting loss is not actionable fraud.”)

There are a number of affirmative defenses to fraud. One such allegation that can be raised in a motion to dismiss is that the plaintiff did not plead fraud with the required pleading of particularity for fraud of who, what, where, why, and how. Even further, misrepresentations of opinion cannot form the basis of fraudulent misrepresentation, meaning the representation cannot be mere puffing. For example, a car dealer can describer a vehicle as a “solid vehicle” even if it may not be in the best of shape.