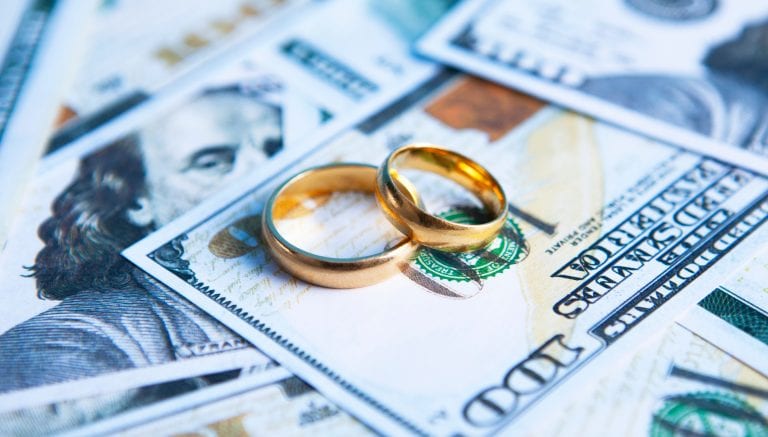 Often times, divorcing couples decide to allocate their assets by a stipulated marital settlement agreement (MSA) that provides a property division that may not be entirely equal. Creditors, either those during the marriage or those post-separation owed only from the assets of one of the spouses may challenge the transaction as a fraudulent transfer, effectively arguing that the non-debtor spouse received an oversized allocation of the community assets.

“Under the UFTA, a transfer is fraudulent, both as to present and future creditors, if it is made ‘[w]ith actual intent to hinder, delay, or defraud any creditor of the debtor.’ (Civil Code § 3439.04(a).) Even without actual fraudulent intent, a transfer may be fraudulent as to present creditors if the debtor did not receive ‘a reasonably equivalent value in exchange for the transfer’ and ‘the debtor was insolvent at that time or the debtor became insolvent as a result of the transfer or obligation.’ (Civil Code § 3439.05.)” Mejia v. Reed (2003) 31 Cal. 4th 657, 664.

Mejia v. Reed is the touchstone in this area of law. “The UFTA on its face encompasses transfers made under an MSA. Consequently, most decisions of other states construing parallel provisions of the UFTA hold that it does apply to marital property transfers, including those in connection with divorce.” Mejia v. Reed (2003) 31 Cal. 4th 657, 664. The court adopted these opinions in finding that, “based on the policy considerations underlying the UFTA and the Family Code provisions governing dissolution judgments and settlements, that the UFTA applies to property transfers under MSA’s.” Mejia v. Reed (2003) 31 Cal. 4th 657, 669.

Ultimately, the court found that the husband in Mejia was “not insolvent at the time of the transfer nor was he rendered insolvent by the transfer,” thereby precluding a constructive fraudulent transfer. “Actual fraud, however, remains a triable issue for decision by the trial court.” Mejia v. Reed (2003) 31 Cal. 4th 657, 672.

It is no secret that financial and marital distress regularly go hand-in-hand. If you are a debtor or creditor with an issue relating to whether the division of community assets in a divorce marital settlement agreement (MSA) may constitutes or has constituted a fraudulent transfer under California law, contact a fraudulent transfer attorney in California skilled in debtor-creditor relations in state court and bankruptcy to discuss your options.