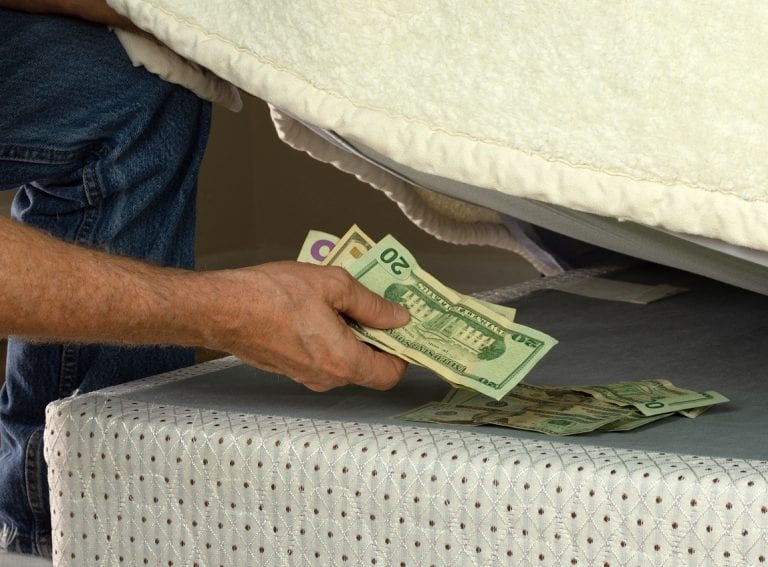 What is a “Fraudulent” Transfer in California?

A judgment is merely a piece of paper signed by a court that allows a creditor to take the debtor’s assets or to force a debtor to pay the debt from their income. Some judgment debtors, realizing that judgment collection methods will allow the creditor to take their assets, decide to hide or dispose of their assets. For example, debtors may transfer their assets to relatives, friends, legal entities, simply place the assets under false names, or encumber their assets using fictional debts. The courts and legislature have long recognized that debtors may engage in such schemes. Accordingly, the Uniform Fraudulent Transfer Act provides remedies for creditors faced with this issue.

The purpose of California’s Uniform Fraudulent Transfer Act (UFTA) is to prevent debtors from handing out their assets before creditors can collect. For example, before filing for bankruptcy, a debtor may try to give his or her home or other properties to a relative, a close friend, or a business associate. A debtor might also try to sell their property at a discounted price. These types of transactions are illegal under California law, and may give rise to an action by creditors to void the transaction. This brings property back into the name of the debtor to allow the creditor to collect on their assets.

California Civil Code § 3439 et seq. reflects the current Uniform Fraudulent Transfer Act.  The UFTA prohibits debtors from transferring or placing property beyond the reach of their creditors when that property should be available for the satisfaction of the creditors’ legitimate claims.  A transfer under the UFTA is defined as “every mode, direct or indirect, absolute or conditional, voluntary or involuntary, of disposing of or parting with an asset …, and includes payment of money, release, lease, and creation of a lien or other encumbrance.” Cal. Civ. Code § 3439.01(i).

There are two types of fraudulent transfers–actual fraud and constructive fraud. Actual fraud means that the debtor had the intent to defraud a creditor. Usually, a debtor donates his or her assets to an “insider” who is a friend or family member, thereby leaving nothing to pay creditors. Constructive fraud does not require proof of an actual intent to hinder or delay a creditor’s rights. Rather, it looks to the underlying financial result of the transaction to conclude whether a fraudulent transfer has occurred. For example, where the debtor was insolvent and did not receive reasonably equivalent value for the property transferred, the transfer may be deemed constructively  fraudulent.

Actual Fraudulent Transfers: Conveyances Made with the Intent to Defraud

The most common allegation is that the debtor transferred assets to third parties for less than fair value for the purpose of evading the creditor.  The “actual intent” referred to in California Civil Code § 3439.04(a)(1) is determined upon consideration of eleven factors showing indicia or badges of fraud in § 3439.04(b). See Filip v. Bucurenciu (2005) 129 Cal.App.4th 825, 834. Finding actual intent places the burden of proof on the party asserting the fraudulent intent and upon a showing by a preponderance of the evidence. California Civil Code § 3439.04(c).

(1) With actual intent to hinder, delay, or defraud any creditor of the debtor.
(2) Without receiving a reasonably equivalent value in exchange for the transfer or obligation, and the debtor either:

(A) Was engaged or was about to engage in a business or a transaction for which the remaining assets of the debtor were unreasonably small in relation to the business or transaction.
(B) Intended to incur, or believed or reasonably should have believed that the debtor would incur, debts beyond the debtor’s ability to pay as they became due.

(b) In determining actual intent under paragraph (1) of subdivision (a), consideration may be given, among other factors, to any or all of the following:

It is not necessary that the transferor acted for the purpose of desiring to harm his or her creditors. Rather, Economy Refining & Service Co. v. Royal Nat’l Bank (1971) 20 Cal.App.3d 434, 441, found held that the debtor’s intent to make the transfer, rather than any evil intent to harm the creditor, was sufficient to find intent to defraud. 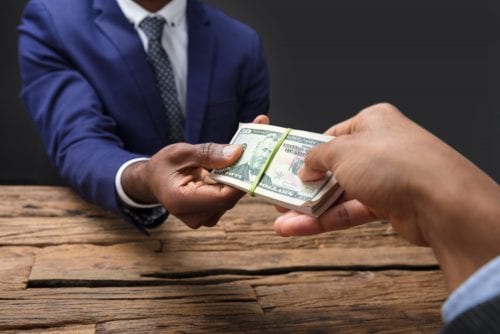 Constructively Fraudulent Transfers Made Without Intent to Defraud

The second type of fraudulent transfer is a constructive fraudulent transfer by which the court deems a transfer made without an intent to defraud to be avoidable on the basis that the transfer was made while the debtor was insolvent and received less than reasonable equivalent value in exchange.

This might arise in the context of a party who gifts their property to close relatives or friends at a time where they have creditors making claims, even if three is a lack of improper motive.

Injury from the Fraudulent Transfer Must be Shown

The UFTA is not the exclusive means by which a creditor may attack a fraudulent conveyance. “The UFTA is not the exclusive remedy by which fraudulent conveyances and transfers may be attacked. They may also be attacked by, as it were, a common law action. If and as such an action is brought, the applicable statute of limitations is section 338 (d) and, more importantly, the cause of action accrues not when the fraudulent transfer occurs but when the judgment against the debtor is secured (or maybe even later, depending upon the belated discovery issue).” Macedo v. Bosio (2001) 86 Cal.App.4th 1044, 1051. California Code of Civil Procedure § 338(d) provides a limitations period of three (3) years within which to bring a claim based on fraud. The rule is that: “An action for relief on the ground of fraud or mistake. The cause of action in that case is not deemed to have accrued until the discovery, by the aggrieved party, of the facts constituting the fraud or mistake.”

There are many different scenarios that can lead to a fraudulent transfer lawsuit other than the actions of a simple debtor and creditor. Innocent buyers thinking they were making a great investment as well as trustees and administrators may be liable for their part. Speaking with a trusted and knowledgeable fraudulent transfer attorney is the best line of defense. Alternatively, an experienced fraudulent transfer attorney is also needed if you believe you have a claim under the UFTA. Wherever you stand, the attorneys at Boyd Law Orange County know this area of law well. Contact Boyd Law today to discuss the details of your case.

Where actual intent to defraud can be shown by a creditor under California Civil Code § 3439.04(a)(1), an action must be brought within four (4) years after the transfer or conveyance was made. Or, if later, within one year of when the transfer or conveyance was or could reasonably have been discovered by the creditor. Where fraudulent intent is found under California Civil Code §§ 3439.04(a)(2)(A), (B) and 3439.05, an action must be filed within four (4) years after the transfer was made. If not, the debtor has a full defense of the statute of limitations. These statutes can be applied in bankruptcy under 11 U.S.C. § 548, despite the two year statute of limitations found in the Bankruptcy Code.

Statute of Repose for Fraudulent Transfers

Perhaps the strongest affirmative defense for debtors is the statute of repose. Specifically, California Civil Code § 3439.09 explains that no action may be brought for fraudulent transfer or avoidable conveyance more than seven (7) years after the transfer was made notwithstanding any other provision of law. This provides a defense for even the most obvious cases. Unlike a statue of limitation, a statute of repose is not subject to any fact sensitive inquiry.

Where a creditor can show that a debtor has fraudulently transferred property, the UFTA provides several remedies under California Civil Code § 3439.07, which provides that:

(a) In an action for relief against a transfer or obligation under this chapter, a creditor, subject to the limitations in Section 3439.08, may obtain:

(1) Avoidance of the transfer or obligation to the extent necessary to satisfy the creditor’s claim.

(2) An attachment or other provisional remedy against the asset transferred or its proceeds in accordance with the procedures described in Title 6.5 (commencing with Section 481.010) of Part 2 of the Code of Civil Procedure.

(3) Subject to applicable principles of equity and in accordance with applicable rules of civil procedure, the following:

(A) An injunction against further disposition by the debtor or a transferee, or both, of the asset transferred or its proceeds.

(B) Appointment of a receiver to take charge of the asset transferred or its proceeds.

(C) Any other relief the circumstances may require.

(c) If a creditor has obtained a judgment on a claim against the debtor, the creditor may levy execution on the asset transferred or its proceeds.

(d) A creditor who is an assignee of a general assignment for the benefit of creditors, as defined in Section 493.010 of the Code of Civil Procedure, may exercise any and all of the rights and remedies specified in this section if they are available to any one or more creditors of the assignor who are beneficiaries of the assignment, and, in that event (1) only to the extent the rights or remedies are so available and (2) only for the benefit of those creditors whose rights are asserted by the assignee.

Although some transfers are voidable under California Civil Code § 3439.07, it is § 3439.08(a) that embodies the good faith exception to the voidable transfer remedy.  Where a debtor transferred assets with actual fraudulent intent, pursuant to § 3439.04(a)(1), § 3439.08(a) provides that the transfer is not voidable against a person who took for reasonably equivalent value and on good faith, or against subsequent transferees.  The transferee’s good faith or knowledge of the debtor’s fraudulent intent may be inferred where the transferee had “notice of such facts and circumstances as would induce an ordinarily prudent man to inquire into the purpose [of the debtor in] making the conveyance.” Boness v. Richardson Mineral Springs (1956) 141 Cal.App.2d 251, 252.

To the extent the transaction is voidable pursuant to California Civil Code § 3439.04(a)(1), a creditor may obtain judgment to recover from a party other than a good faith transferee the asset or even the value of the asset under California Civil Code § 3439.08(b). Nonetheless, where the transferee is in good faith, that transferee may retain their interest or rights in the property to the extent of the value given to the debtor for the property.

With the possible exception of transferring exempt property, any debtor who thinks that transferring money or property to friends or family will solve their problems may not be aware of the ramifications. Indeed, this may enlarge the litigation whereby the creditor will include family and friends who were unfortunate enough to be included in the transfers. If the creditor is aggressive and represented by competent legal counsel, they will end up involving family, which makes the situation even worse. It may be better to consider your options under bankruptcy law, particularly since the California homestead exemption may provide a place for debtors to exempt their assets that is supported by existing law.