A Free Guide on How to Enforce Arbitration Agreements 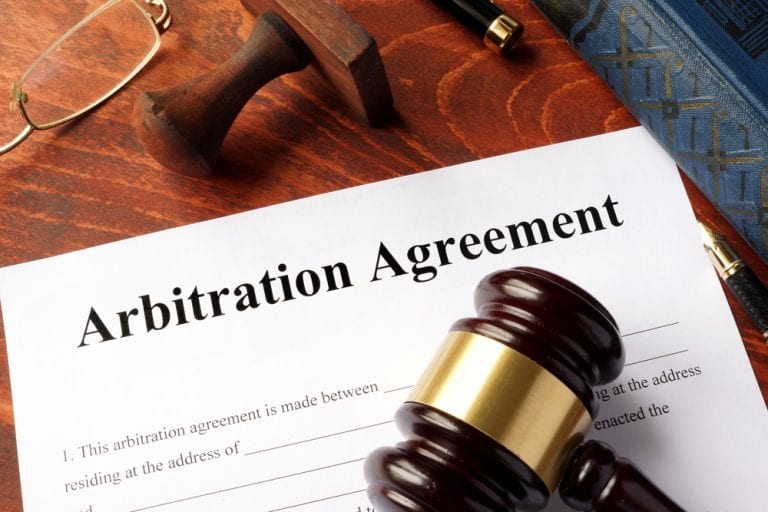 Arbitration agreements are becoming more and more prevalent in a wide range of contracts. For example, depending on the breadth of the arbitration clause governing the parties’ relationship, arbitration may be compelled in real estate litigation, business litigation, breach of contract actions, and business fraud actions. As such, it is important to understand what arbitration is and how to compel arbitration.

Arbitration agreements are generally enforceable under both federal and California law.

A written provision … to settle by arbitration a controversy thereafter arising … or … to submit to arbitration an existing controversy … shall be valid, irrevocable, and enforceable, save upon such grounds as exist at law or in equity for the revocation of any contract.

A written agreement to submit to arbitration an existing controversy or a controversy thereafter arising is valid, enforceable and irrevocable, save upon such grounds as exist for the revocation of any contract.

Section 2 [of the FAA] is a congressional declaration of a liberal federal policy favoring arbitration agreements, notwithstanding any state substantive or procedural policies to the contrary.

California law, like federal law, favors enforcement of valid arbitration agreements. … As we have observed: “Two years after the FAA was enacted, [California] adopted its first modern arbitration statute…, declaring arbitration agreements to be irrevocable and enforceable in terms identical to those used in Section 2 of the federal act, and since that time California courts and its Legislature have ‘consistently reflected a friendly policy toward the arbitration process.'”

Arbitration is a form of alternative dispute resolution whereby a neutral third-party renders a final and binding decision upon the parties to the dispute. Arbitration agreements are becoming more and more common in private contracts. Further, despite the presence of an arbitration agreement, some disputes (i.e. “core” disputes in bankruptcy such as preference and fraudulent transfer actions) are not subject to the liberal policy favoring arbitration.

Further, the choice of fact-finders is up to the contracting parties may lead to selection of someone more qualified to hear a given dispute. The privacy of arbitration also allows for greater confidentiality of disputes. Further, the burden on the courts is alleviated by the increasing commonality of arbitration clauses in contracts.

Arbitration has shortcomings as well. First, absent an agreement to the contrary, there is no generally no right to discovery in arbitration. See  McRae v. Sup.Ct. (Hale) (1963) 221 CA2d 166, 172. Plaintiffs may be sad to give up their right to a jury in an arbitration proceeding. This is especially problematic given that an arbitration may hand down a ruling based on broad principles of fairness and justice, rather than rules of law that would apply in court. Courts will have limited ability for judicial review of an arbitrator’s decision because “it is the general rule that parties to a private arbitration impliedly agree that the arbitrator’s decision will be both binding and final.” Moncharsh v. Heily & Blase (1992) 3 Cal.4th 1, 9.

How to Compel Arbitration

A party to an arbitration agreement may seek a court order to compel arbitration of the dispute covered by the parties’ agreement in both California courts (CCP Section 1281.2) and federal courts (9 U.S.C. Section 4). “A proceeding to compel arbitration is in essence a suit in equity to compel specific performance of a contract.” Freeman v. State Farm Mut. Auto Ins. Co. (1975) 14 Cal.3d 473, 479.

Another option is for a party to file a motion to stay the pending litigation pending the outcome of the arbitration. A stay must be granted where a court of competent jurisdiction compels arbitration in California under CCP Section 1281.4.

Finally, a party may file a petition for the appointment of an arbitrator. The existence of an arbitration agreement is a pre-requisite for the filing of this petition under both federal (9 U.S.C. Section 5) and California (CCP Section 1281.6) law.

Generally, any doubts as to the enforceability of an arbitration agreement will be resolved against the party asserting the defense “whether the problem at  hand is the construction of the contract language itself or an allegation of waiver, delay, or a like defense to arbitrability.” Moses H. Cone Mem. Hosp. v. Mercury Constr. Corp., 460, U.S. 1, 24 (1983); Ericksen, Arbuthnot, McCarthy, Kearney & Walsh, Inc. v. 100 Oak Street (1983) 35 Cal.3rd 312, 320. Thus, no matter which of the three one chooses, arbitration will likely be compelled by the court.

Do I Need an Attorney in an Arbitration Dispute?

There are certain instances where hiring an attorney, or at least consulting with an attorney, can be very helpful for arbitration. If you are currently in litigation and want to understand if your dispute is enforceable by arbitration, contact an experienced business attorney who can help you understand your rights. A lawyer can help you create strong pleadings for your case and find an arbitrator who is fair. Because an arbitrator’s decision is final, we highly recommend speaking with an attorney who can help draft the strongest case possible for you going into arbitration.