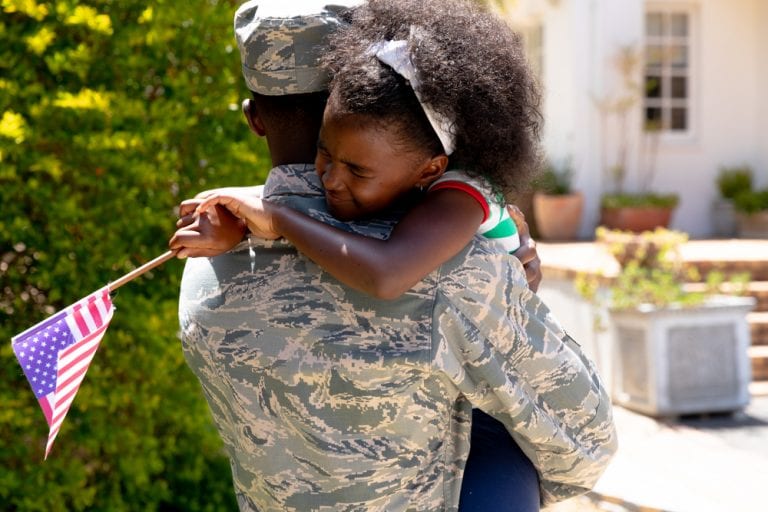 Active duty military personnel have unique family law issues that generally require the help of an experienced attorney. Between overseas divorce, the establishment of paternity involving out of state service members, and the potential high conflict regarding custody of minor children, military families require special assistance through their family law matters.

Each year, thousands of men and women in the military are deployed to serve their country. These deployments can be hard enough without the added stresses of custody battles. Unfortunately, these are realities many of our servicemen and servicewomen face. A military parent might wonder if a custody order can be modified due to military duty, how to get visitation if they are away due to military duty, and what happens if a parent cannot attend a hearing due to military duty.

Military members with shared custody of a child who have received notice of deployment or mobilization should contact an experienced California custody lawyer to discuss their rights as military parents.

For military personnel stationed out of the area, it is even more important to have representation from an attorney who can effectively communicate with their clients and give them timely updates regarding their case, regardless of whether the client lives down the street or in another country.

If military parents are fighting for custody – either prior to deployment or after they have left – California law provides ways in which they can have their voice heard in court. If they have not yet been deployed, but have been tapped for service in the near future, a military parent may ask the court to move the child custody hearing up to an earlier date so that they can attend.

If a military parent has already been deployed or if there is no way to move up the hearing, they may request to attend the hearing virtually, by phone or video-teleconference. As long as a judge determines that the virtual appearance by the parent is not unfair to another party, they will generally grant the request. California courts are most concerned with the wellbeing of a child and will go to great lengths to ensure hearings are comprehensive and fair for everyone involved. 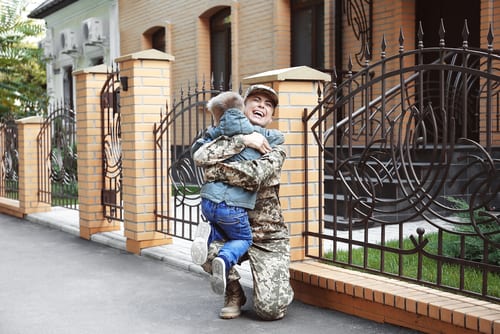 Temporary Changes in Child Custody due to Military Duty

California Family Code Section 3047 governs the custodial rights of parents who are mobilized or deployed by the military. If a California military parent is deployed, their parental rights – including those related to custody and visitation – may not be altered absent any additional factors.

(a) A party’s absence, relocation, or failure to comply with custody and visitation orders shall not, by itself, be sufficient to justify a modification of a custody or visitation order if the reason for the absence, relocation, or failure to comply is the party’s activation to military duty or temporary duty, mobilization in support of combat or other military operation, or military deployment out of state.

(b) (1) If a party with sole or joint physical custody or visitation receives temporary duty, deployment, or mobilization orders from the military that require the party to move a substantial distance from the party’s residence or otherwise has a material effect on the ability of the party to exercise custody or visitation rights, any necessary modification of the existing custody order shall be deemed a temporary custody order made without prejudice, which shall be subject to review and reconsideration upon the return of the party from military deployment, mobilization, or temporary duty.

(2) If the temporary order is reviewed upon return of the party from military deployment, mobilization, or temporary duty, there shall be a presumption that the custody order shall revert to the order that was in place before the modification, unless the court determines that it is not in the best interest of the child. The court shall not, as part of its review of the temporary order upon the return of the deploying party, order a child custody evaluation under Section 3111 of this code or Section 730 of the Evidence Code, unless the party opposing reversion of the order makes a prima facie showing that reversion is not in the best interest of the child.

(3) (A) If the court makes a temporary custody order, it shall consider any appropriate orders to ensure that the relocating party can maintain frequent and continuing contact with the child by means that are reasonably available.

As often happens, when one parent begins active military duty, the other parent gains primary custody solely because they are the parent who spends the majority of time
with the child. And then, sometime thereafter, the parent returning from military service wishes to resume a more equal parenting time and the parent with more time
refuses to do so.

Military child custody orders cannot be established or modified based on one parent absence that resulted from active military service and deployment outside the State of California. A parent who must serve on active duty does not lose joint custody of their child because they are serving their country.

To put it simply, in the State of California, military service members rights to raise their child are protected and serving in the military is not justification for depriving that parent of custody.

If a military parent who shares custody of a child is deployed, any changes to existing custody agreements may not be permanent. Military parents can try to work with the other parent outside of court or in child custody mediation to reach an agreement.

If an agreement is not possible, the court may be called upon to  make changes to the existing order. However, those changes are to be for the duration of the deployment. Once the military parent’s tour of duty has ended and they have returned to California, the custody arrangement reverts back to its prior terms.

Temporary changes to a child custody agreement may be imposed if the military parent’s mobilization or deployment results in:

Courts will determine if these factors are met by interviewing the parents and family members, and reviewing the specific facts of the case. Any changes that are imposed will be temporary unless the court later determines that reverting back to the old terms is not in the best interest of the child.

The Servicemembers Civil Relief Act (SCRA) – previously known as the Soldiers’ and Sailors’ Civil Relief Act – protects a service member’s legal rights when they are called to active duty, including their custody rights. The act applies to:

The Service members Civil Relief Act allows a service member to obtain a stay or postponement of court or administrative proceedings if their military service materially affects their ability to proceed in the case. They are entitled to an automatic stay of 90 days in the proceedings when they request this protection in writing. Any additional delay beyond the 90-day stay is given at the discretion of the court.

If the other parent attempts to change the child custody status while a service member is deployed, they can invoke their rights under the SCRA to postpone the hearing. This stay prevents civilians from blindsiding military parents with malicious or unexpected custody requests on the cusp of their deployment.

This protection does not apply to any criminal court or criminal administrative proceedings. 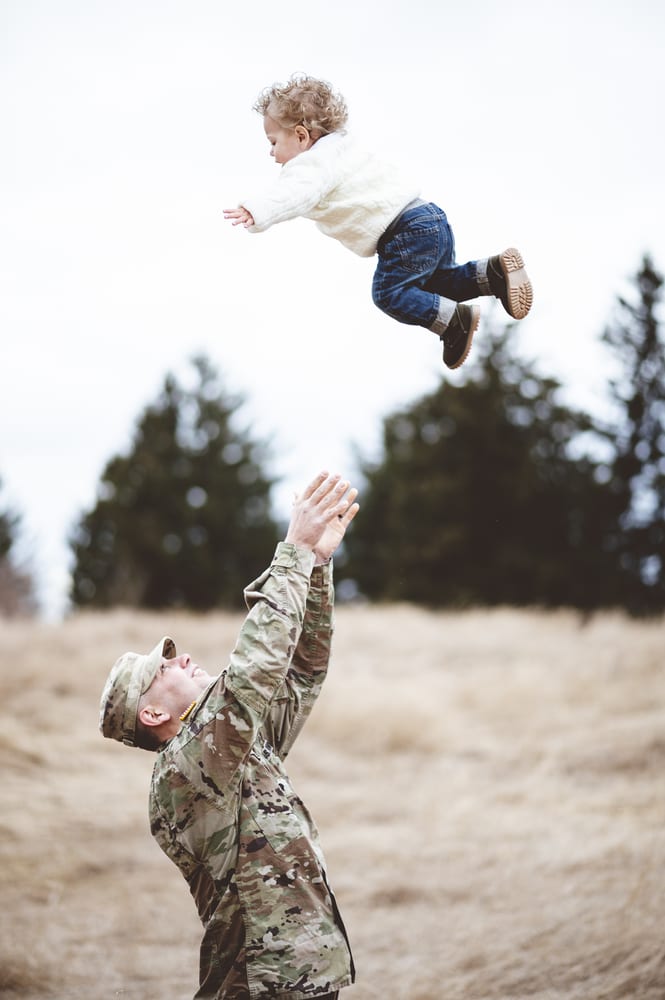 If a California military parent is deployed, their parental rights – including those related to custody and visitation – may not be altered absent any additional factors. This is because, under Family Code 3047, a parent’s absence, relocation, or failure to follow a custody or visitation order due to activation to military duty or temporary duty, mobilization in support of combat or other military operation, or military deployment out of state is not enough, by itself, to justify a modification of the current order.

However, if the military assignment requires a parent who has sole or joint physical custody to move a significant distance from home or otherwise has a significant effect on that parent’s ability to exercise their custody or visitation rights, the order can be modified. In the temporary custody order, the judge should do whatever is appropriate to make sure that the moving parent can keep regular and continuing contact with the child in reasonable ways.

Note: These visitation rights to a family member do not affect the calculation of child support.

If a parent’s deployment, mobilization, or temporary duty will affect that parent’s ability to be at a regularly scheduled hearing in person, the family court may do either of the following upon request of the military parent:

Military service is a noble and commendable act, but it can also add stress to an already stressful time. Military parents who have received notice of pending deployment or mobilization should consult with a California family law attorney to learn about the rights and protections they are afforded by California law.