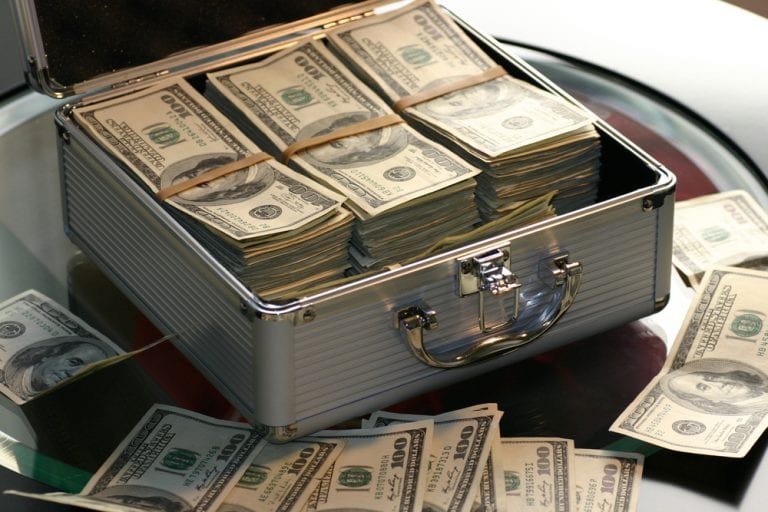 Bankruptcy is often the court of last resort when bad actors have tried to perpetrate financial schemes to avoid paying their debts. For example, some debtors attempt to transfer their assets or those of an entity they control with the intent to delay or hinder a creditor in collecting on a debt. In legal parlance, this is known as a fraudulent transfer.

When an fraudulent transfer occurs before a debtor files for protection under the United States Bankruptcy Code, creditors should promptly protect their rights to ensure that the bankruptcy does not discharge the debtor’s liability for their fraudulent transfer or the underlying debt. Specifically, creditors should consult with counsel to consider filing a timely bankruptcy adversary complaint for non-dischargeability under 11 U.S.C. § 523(a)(6) or (a)(4)- two differing theories to obtain a finding that the bankruptcy discharge will not impact the debt owed to the creditor.

One way to obtain a non-dischargeability judgment is to establish the elements of Section 523(a)(6) of the Bankruptcy Code, which provides that a debtor cannot discharge a debt “for willful and malicious injury by the debtor to another entity or to the property of another entity.”

In the Ninth Circuit, “§ 523(a)(6)’s willful injury requirement is met only when the debtor has a subjective motive to inflict injury or when the debtor believes that injury is substantially certain to result from his own conduct.” Carrillo v. Su (In re Su), 290 F.3d 1140, 1142 (9th Cir. 2002). Both aspects of the willfulness standard inquire into the debtor’s subjective state of mind, and both can be proven by circumstantial evidence. Id. at 1144-47 & n.6. “The Debtor is charged with the knowledge of the natural consequences of his actions.” Ormsby v. First Am. Title Co. (In re Ormsby), 591 F.3d 1199, 1206 (9th Cir. 2010); see Su, 290 F.3d at 1146 (“In addition to what a debtor may admit to knowing, the bankruptcy court may consider circumstantial evidence that tends to establish what the debtor must have actually known when taking the injury-producing action.”).

In 2013, the Ninth Circuit Bankruptcy Appellate Panel (“BAP”) affirmed a case where “the state court explicitly determined that Vazquez . . . fraudulently transferred Alliance’s assets, ‘virtually the entire business,’ to All Blueprint ‘for the sole purpose of hindering [AAA’s] efforts to collect its judgment.’” Vazquez v. AAA Blueprint & Digital Reprographics (In re Vazquez), 2013 WL 6571693, at *4-6 (9th Cir. BAP Dec. 13, 2013) (unpublished). The BAP “agree[d] with the bankruptcy court that the state court’s finding regarding Vazquez’s subjective motive for transferring Alliance’s assets meets § 523(a)(6)’s willfulness requirement. In other words, the state court’s finding that Vazquez sought to hinder AAA’s collection efforts is tantamount to a finding that Vazquez intended to harm AAA by transferring all of Alliance’s assets to All Blueprint.” Id.

In 2014, the BAP found that, with the state court “finding of actual fraudulent transfer, it follows that Gould intended to cause injury to Red Hill or believed that injury was substantially certain to occur with his conduct of transferring Learning Tree’s funds to LTU Extension to prevent Red Hill from levying on its 1998 Judgment.” Gould v. Red Hill Enters. (In re Gould), BAP No. CC-13-1437-KiLaPa (B.A.P. 9th Cir. Aug. 25, 2014) (unpublished). Thus, tracking the required state law elements of an actual (intentional) fraudulent transfer in the state where the transfer occurred should be sufficient to meet the willful injury element.

In 2013, the BAP addressed a debtor where the state court, in ruling on the fraudulent transfer claim, “explicitly found that Vazquez’s conduct was wrongful. This wrongfulness, furthermore, is self-evident given the very nature of Vazquez’s conduct in transferring Alliance’s assets for the purpose of hindering AAA. The state court also found his conduct intentional. The intentional nature of Vazquez’s conduct is reflected in the state court’s account of Vazquez conspiring and plotting with Huerta to interfere with AAA’s collection efforts. That the act of hindering AAA’s collection efforts necessarily harmed AAA also is self-evident.” Vazquez v. AAA Blueprint & Digital Reprographics (In re Vazquez), 2013 WL 6571693 (B.A.P. 9th Cir. Dec. 13, 2013) (unpublished).

The BAP continued that there was no “genuine doubt that Vazquez had no just cause or excuse for his conduct. He apparently asserted in the state court that he transferred Alliance’s assets to All Blueprint because he desired to set up Huerta in a reprographics business separate and independent from Alliance, but the state court in its findings unequivocally rejected this assertion. In any event, even if there had been any truth to this assertion, it would not as a matter of law constitute just cause or excuse for Vazquez’s wrongful acts, given Vazquez’s specific intent to harm AAA.” Id.; see Gould v. Red Hill Enters. (In re Gould), BAP No. CC-13-1437-KiLaPa (B.A.P. 9th Cir. Aug. 25, 2014) (unpublished; cited only for persuasive value, if any) (“As for the ‘malicious’ prong, a wrongful act is self-evident given the nature of Gould’s conduct in transferring Learning Tree’s funds to LTU Extension for the purposes of hindering Red Hill’s collection efforts”).

It is sometimes the case that the creditor has already obtained a state court finding of actual fraudulent transfer. In those cases, the creditor is well positioned to apply preclusion. In 2014, the BAP, in an unpublished opinion, found that “[a] judgment for ‘actual’ fraudulent transfer can satisfy the elements for a willful and malicious injury.” Correia-Sasser v. Rogone (In re Correia-Sasser), BAP No. AZ-13-1461-KiTaPa (B.A.P. 9th Cir. Aug. 19, 2014).

This case law in the Ninth Circuit establishes that the requirements of § 523(a)(6) should apply to most actual (intentional) fraudulent transfers.

In certain circumstances, the facts giving rise to a fraudulent transfer may also meet the requirements for non-dischargeability under Section 523(a)(4), which excepts from discharge any debt “for fraud or defalcation while acting in a fiduciary capacity, embezzlement, or larceny.”

Littleton found that “[e]mbezzlement, thus, requires three elements: (1) property rightfully in the possession of a nonowner; (2) nonowner’s appropriation of the property to a use other than which [it] was entrusted; and (3) circumstances indicating fraud.” In Littleton, the creditor “contend[ed] that when the individual debtors did not segregate the proceeds and did not pay [creditor], they intended to defraud [creditor], and therefore the debtors embezzled the proceeds.” Littleton found that “[w]hether the debtors intended to defraud [creditor] is a question of fact.”

In Littleton, the “bankruptcy court held that [the creditor] did not meet its burden of proof on the embezzlement claim.” The BAP affirmed, finding that “at all times the debtors acted with the intent to benefit the corporation by securing financing so that the company could pay all its debts . . . negates any contention that the debtors intended to defraud [the creditor]. The Ninth Circuit in Littleton affirmed, stating that, “[g]iven the bankruptcy court’s finding that the debtors applied their entire effort and resources to make the business survive and that this was their dominant motivation, it was not clearly erroneous for the BAP to hold that the debtors did not act with the intent to defraud [the creditor].”

The application of Littleton may be helpful if the debtor took all of the funds from a defunct business. However, if the business had a potential future that might repay the funds, Littleton may not be very helpful as it is difficult for courts to determine whether a debt is a run of the mill breach of contract, or an embezzlement of funds.

These cases establish that creditors with a debt owed by an individual or corporation where a fraudulent transfer occurred should promptly consult a skilled bankruptcy attorney if their debtor files for bankruptcy protection.

Special thanks for Bankruptcy Debtor’s Counsel Ori Blumenfeld for inspiring this blog post.