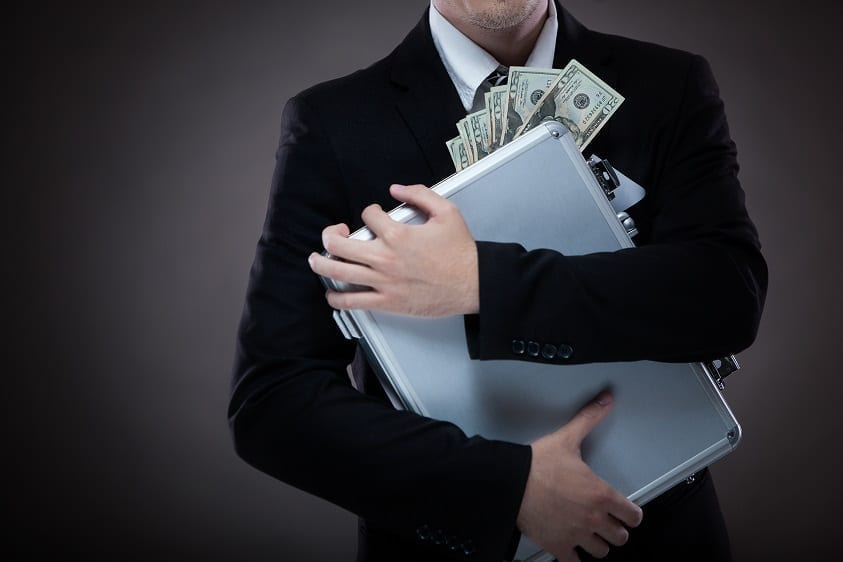 What is a Preference in Bankruptcy?

The trustee in bankruptcy is incentivized to claw-back any transfers made by the debtor before the bankruptcy petition is filed in order to maximize the trustee’s own compensation. In addition to the trustee’s ability to attack fraudulent conveyances and actions taken by creditors in violation of the automatic stay, a trustee may attack a payment made to a creditor as a voidable preference. Preferential transfers are defined in 11 U.S.C. 547. The Bankruptcy Code section provides:

the trustee may, based on reasonable due diligence in the circumstances of the case and taking into account a party’s known or reasonably knowable affirmative defenses under subsection (c), avoid any transfer of an interest of the debtor in property—

(1) to or for the benefit of a creditor;
(2) for or on account of an antecedent debt owed by the debtor before such transfer was made;
(3) made while the debtor was insolvent;
(4) made—
(A) on or within 90 days before the date of the filing of the petition; or
(B) between ninety days and one year before the date of the filing of the petition, if such creditor at the time of such transfer was an insider; and
(5)that enables such creditor to receive more than such creditor would receive if—
(A) the case were a case under chapter 7 of this title;
(B) the transfer had not been made; and
(C) such creditor received payment of such debt to the extent provided by the provisions of this title.

In short, transfers made to creditors within 90 days of the filing of the bankruptcy petition on account of an antecedent debt and made at a time when the debtor was insolvent is a preference in bankruptcy which may be subject to an adversary proceeding by the trustee trying to recover the transferred property. The question becomes, would a bankruptcy attorney be able to mount any defenses on behalf of creditors in response to the trustee’s claw-back attempt.

Section 11 U.S.C. 547(c) provides a list of nine possible affirmative defenses in a preference action brought by the trustee. The section provides:

The trustee may not avoid under this section a transfer—

(1) to the extent that such transfer was—

(A) intended by the debtor and the creditor to or for whose benefit such transfer was made to be a contemporaneous exchange for new value given to the debtor; and

(B) in fact a substantially contemporaneous exchange;

(A) made in the ordinary course of business or financial affairs of the debtor and the transferee; or

(B) that is perfected on or before 30 days after the debtor receives possession of such property;

(A) not secured by an otherwise unavoidable security interest; and

(B) on account of which new value the debtor did not make an otherwise unavoidable transfer to or for the benefit of such creditor;

(5)that creates a perfected security interest in inventory or a receivable or the proceeds of either, except to the extent that the aggregate of all such transfers to the transferee caused a reduction, as of the date of the filing of the petition and to the prejudice of other creditors holding unsecured claims, of any amount by which the debt secured by such security interest exceeded the value of all security interests for such debt on the later of—

(B) the date on which new value was first given under the security agreement creating such security interest;

(6) that is the fixing of a statutory lien that is not avoidable under section 545 of this title;

(7) to the extent such transfer was a bona fide payment of a debt for a domestic support obligation;

(8) if, in a case filed by an individual debtor whose debts are primarily consumer debts, the aggregate value of all property that constitutes or is affected by such transfer is less than $600; or

(9) if, in a case filed by a debtor whose debts are not primarily consumer debts, the aggregate value of all property that constitutes or is affected by such transfer is less than $5,000.

Of these nine defenses, the two most applicable defenses most heavily litigated defenses are in subsections (1) and (2).

“For a contemporaneous exchange defense, the parties’ intent, the existence of new value, and contemporaneousness are all questions of fact.” Kendall v. Liquid Sugars, Inc., 227 B.R. 530, 533 (N.D. Cal. 1998) (Kendall). Thus, the bankruptcy court will look to each of these three elements to determine if the alleged preferential transfer is able to be avoided.

One element of the contemporaneous exchange of new value defense to be evaluated by the court is whether the parties intended the debtor’s transfer to creditor was intended to be in exchange for new value. In Kendall, the court used statements of the officers of both the debtor and creditor to glean the parties’ intent in the transactions being challenged. The creditor’s “CEO instructed [debtor] to ‘send as much money as dollar value of product taken on a weekly basis.'” Kendall at 533. The court held “[t]his direction is an unequivocal statement that [creditor] intended to supply [debtor] so long as it paid contemporaneously for the goods shipped.” Id. The court also looked to the debtor’s statements that it “intended to pay [creditor] for the goods shipped (and not prior debt).” Id.

Kendall stands for the fact that the parties’ intent may be gleaned from statements made by the parties during negotiations and testimony, and the determination of parties’ intent is not limited to accounting records showing what payments are being applied to.

“new value” means money or money’s worth in goods, services, or new credit, or release by a transferee of property previously transferred to such transferee in a transaction that is neither void nor voidable by the debtor or the trustee under any applicable law, including proceeds of such property, but does not include an obligation substituted for an existing obligation[.]

This is somewhat of a circular definition which may be cleared up by comparative case law. The Ninth Circuit has held that when the stipulation of facts stated “that the debtor was required to pay past debts before it would receive further credit[,]” there was no new value given for the debtor’s payment made to the creditor within the preference period. In re Wadsworth Bldg. Components, Inc., 711 F.2d 122, 124 (9th Cir. 1983). Thus, a payment on past debt, even if the payment is made in order to secure new credit, is not an exchange for new value.

This holding was distinguished in Kendall. “Although [creditor] would have stopped sending products if [debtor] had stopped paying in the amount of goods received, there was no stipulation, such as in Wadsworth, that the debtor was required to pay past debts before receiving further credit.” Kendall, at 534. The Kendall court then compared the facts in the case to Matter of Advance Glove Mfg. Co., 42 B.R. 489 (Bankr. E.D. Mich. 1984) where in order to decrease the debtor’s outstanding balance, the creditor agreed to continue shipments if it could be assured of payment for current shipments and any excess would be applied to past debts.

New value is a complex concept which an experienced bankruptcy attorney may be able to help solve in your case.

The final question of fact to be weighed by the court is the contemporaneousness between the exchange and the new value provided. The Bankruptcy Appellate Panel of the Ninth Circuit weighed in on the contemporaneous element, quoting a bevy of cases from other circuits and holding:

The focus of the “in fact” prong of the [§ 547(c)(1) analysis] is obviously on the temporal proximity between the issuance of credit and transfer of assets to secure that credit. However, the modifier “substantial” makes clear that contemporaneity is a flexible concept which requires a case-by-case inquiry into all relevant circumstances (e.g., length of delay, reason for delay, nature of the transaction, intentions of the parties, possible risk of fraud) surrounding the allegedly preferential transfer.

The Ninth Circuit has weighed in on this issue, recently holding that:

In determining whether transfers are ordinary in relation to past practices under § 547(c)(2)(A), courts consider the following factors:
1) the length of time the parties were engaged in the transactions at issue;
2) whether the amount or form of tender differed from past practices;
3) whether the debtor or creditor engaged in any unusual collection or payment activity; and,
4) whether the creditor took advantage of the debtor’s deteriorating financial condition.

to assess what is “ordinary” among parties who have interacted repeatedly, the Court must “inquire into the pattern of interactions between the actual creditor and the actual debtor in question, not about what transactions would have been ‘ordinary’ for either party with other debtors or creditors.” [Edmund J. Wood v. Stratos Product Development, LLC (In re Ahaza Sys., Inc.), 482 F.3d 1118, 1124 (9th Cir. 2007).] Conducting this inquiry requires the Court to first identify a baseline historical period reflecting the parties’ typical payment practices. [Sigma Micro Corp. v. Healthcentral.com (In re Healthcentral.com), 504 F.3d 775, 790 (9th Cir. 2007).] The allegedly preferential transfers can then be compared to this historical baseline period to determine whether the § 547(c)(2) defenses apply. Id.

Transfers Made According to Ordinary Business Terms Defense in Preference Actions

The Ninth Circuit recently held that in order to establish that a payment was made according to ordinary business terms, a creditor defending the transaction must show:

Sigma Micro Corp. v. Healthcentral.com (In re Healthcentral.com), 504 F.3d 775, 791 (9th Cir. 2007). Further, “[e]valuation of a creditor’s § 547(c)(2) defense requires the Court to first identify the industry in which the creditor and debtor operate. … Once that determination has been made, the Court can then assess whether the payments were ordinary in relation to the business terms prevailing within that industry.” In re Blue Global, LLC, 591, B.R. 433, 446 (Bankr. C.D. Cal. 2018).
Given the complexities which arise in both of the transfers during the ordinary course of business options, it would be prudent to contact a skilled bankruptcy attorney to walk you through the circumstances of your case.

Please note that this article only discusses two of the nine affirmative defenses available in a preference action. This is a very complex area of law shown by the breadth of this article discussing less than 25% of the defenses available to creditors being pursued by a bankruptcy trustee. As such, if a trustee has filed an adversary complaint alleging that a bankruptcy creditor has received a preferential transfer, contact a skilled bankruptcy lawyer to determined whether defenses are available.