Partition Offsets and Accounting in California 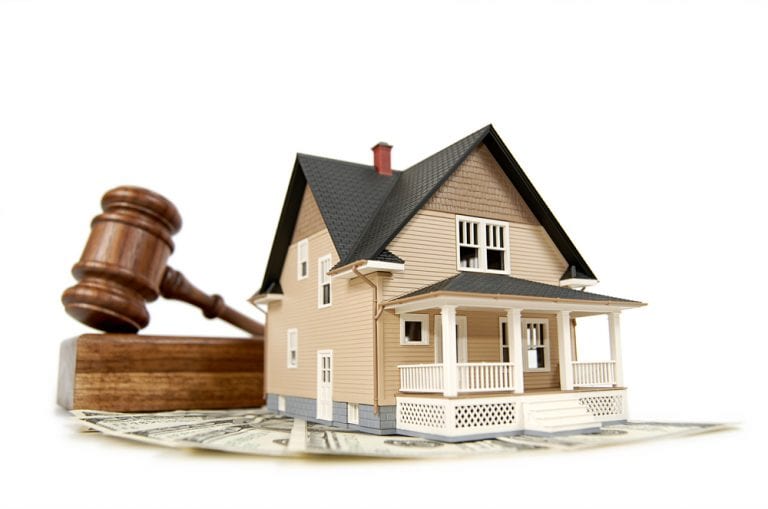 When co-owners of shared property in California cannot agree on what to do with a property, they may petition the court to force the sale of the property through a partition action. Very often, co-ownership issues go hand-in-hand with financial issues related to the property. Perhaps one co-owner paid the entire down payment and all mortgage payments but the other co-owner is requesting one half of the proceeds of the sale of home. Or maybe one co-owner makes the mortgage payments but the other co-owner paid for a kitchen remodel and built a pool. How do California courts equitably distribute the proceeds of sale of such properties? The short answer is that the courts will calculate each co-owner’s expenditures related to the home through an accounting and then distribute the proceeds equitably.

Accounting in a partition action

The partition process includes an accounting whereby attorney’s fees, costs, offsets, reimbursements and credits can be awarded by the court in a partition. Generally, allowable costs and fees are apportioned among the owners “in proportion to their interests,” though the court may “make such other apportionment as may be equitable.” [1]Code of Civil Procedure Section 874.040. To qualify for this exception, it is important to include in the record facts to “support an apportionment in any manner other than according to the respective interest of the parties in the property.” [2]Stutz v. Davis (1981) 122 Cal. App. 3d 1, 5.

In certain cases, the court may appoint a partition referee, whose duties can include selling the property and holding the proceeds of sale until the court determines the costs, fees, offsets and expense reimbursements in an accounting between the co-owners. [3]Code of Civil Procedure Sections 873.030(a) & 873.010. Even further, ” The referee may perform any acts necessary to exercise the authority conferred by this title or by order of the court,” which may include changing the locks on uncooperative co-owners of real estate and occupants, if allowed by the court. [4]Code of Civil Procedure Section 873.060 & 873.070.

What is included in an accounting in a partition action?

Proceeds of the sale generated by the partition shall be applied in the following order under Code of Civil Procedure. section 873.820:

Indeed, “The accounting the court performs in a partition action under section 872.140 includes contributions from the parties for the down payment on a property, payments on a promissory note secured by a deed of trust on the property, and improvements to the property. (See Wallace v. Daley, supra, 220 Cal.App.3d at pp. 1035-1036, 270 Cal.Rptr. 85 [“[c]redits include expenditures in excess of the cotenant’s fractional share for necessary repairs, improvements that enhance the value of the property, taxes, payments of principal and interest on mortgages, and other liens, insurance for the common benefit, and protection and preservation of title”]; Milian v. De Leon (1986) 181 Cal.App.3d 1185, 1194, 226 Cal.Rptr. 831 [“a cotenant who pays taxes, trust deed payments or other charges against the property or expends money for the preservation of the property or who, with the assent of his cotenant, makes improvements to the property is entitled to contribution from the cotenant, and on partition by sale is entitled to reimbursement for those expenditures before division of the proceeds among the property owners”]; In re Marriage of Leversee (1984) 156 Cal.App.3d 891, 897, 203 Cal.Rptr. 481 [in a partition action, “the court may order an equitable compensatory adjustment to compensate [a spouse] for her use of separate funds for the down payment on the residence”].)” [5] Medina v. Di Pieri, No. B283909, 2019 WL 1236384, at *4 (Cal. Ct. App. Mar. 18, 2019).

What kinds of costs of partition are recoverable?

The costs of partition under Code of Civil Procedure Section 874.010 include:

These costs of partition constitute a “lien on the share of the party specified” and have “priority over any other lien on the share except those imposed under this section.” [6]Code of Civil Procedure section 874.120.

Recovering attorney’s fees against co-owners in a partition

Parties commonly attempt to shift the attorney’s fees they have incurred to their co-owners by asking for a determination that they were the prevailing party. Code of Civil Procedure section 874.010(a) allows for this to occur since it includes as an allowable category of recoverable costs “reasonable attorney’s fees incurred or paid by a party for the common benefit.”

“This section, read in conjunction with California Code of Civil Procedure section 874.040 which states: ‘Except as otherwise provided in this article, the court shall apportion the costs of partition among the parties in proportion to their interests or make such other apportionment as may be equitable,’ leads to the conclusion that costs should be awarded in proportion to the litigant’s interest in the property….The purpose of the statute is to divide the cost of legal services among the parties benefited by the result of the proceeding.” [7]Stutz v. Davis (1981) 122 Cal. App. 3d 1, 4.

To recover fees, it is important to find special facts that suggest the inequity of requiring one party to pay all of their own fees. For example, in the Lin case, the actions cited by the court involved both (1) active wrongdoing towards other co-owners, and (2) efforts to increase the cost to other parties.

Co-owners in partition actions often have claims for reimbursement that arose before the lawsuit was filed. These offsets are treated under the law as being claims against the sale proceeds.

Code of Civil Procedure Section 872.140 allows the court to “order allowance, accounting, contribution, or other compensatory adjustment among the parties in accordance with the principles of equity.” The purpose of this rule is found in the Law Revision Commission Comments to this section, which sets forth that it is intended to allow courts to make adjustments among the owners for “such items as common improvements, unaccounted rents and profits, and other matters for which contribution may be required.”

“An ouster, in the law of tenancy in common, is the wrongful dispossession or exclusion by one tenant of his cotenant or cotenants from the common property of which they are entitled to possession. The ouster must be proved by acts of an adverse character, such as claiming the whole for himself, denying the title of his companion, or refusing to permit him to enter. Actual or constructive possession of the ousted tenant in common at the time of the ouster is not necessary.” [10]Zaslow v. Kroenert (1946) 29 Cal. 2d 541, 548. The bottom line is that co-owners should be entitled to “admittance upon demand.” [11]Zaslow v. Kroenert (1946) 29 Cal. 2d 541, 548.

“The practical borderline between privileged occupancy of the whole by a single cotenant and unprivileged greedy grabbing which subjects the greedy one to liability to his cotenants is not crystal clear.” [12]Estate of Hughes (1992) 5 Cal. App. 4th 1607, 1612.

However, courts have found it proper to “offset the reasonable value of the use of plaintiff’s interest in the property against the payments for interest, taxes and insurance made by defendants in preservation of the property.” [13]Hunter v. Schultz (1996) 240 Cal.App. 2d 24, 32.

The bottom line is that a skilled partition attorney in California will ensure that the rights of co-owners are properly advanced in the courts to maximize the outcome. If you have further questions, do not hesitate to call us at (844) 4-TALKOV (825568) or email us at info(at)talkovlaw.com to speak with a real estate attorney in California.