Reimbursement for Improvements in Partition Actions 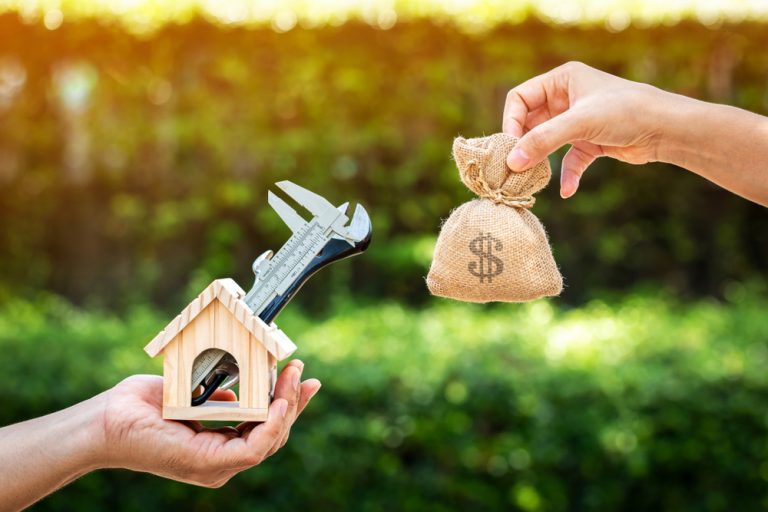 Compensation for Improvements When Ending Co-Ownership of Real Property

California law allows for compensation for improvements made by one co-owner in partition actions. However, the circumstances in which an offset will be awarded vary with courts also creating varying rulings as to the measure of damages in such an offset between the out-of-pocket cost, the increase in rental value, and/or the increase in value to the property.

The general rule under the partition statutes in California is that: “The court may, in all cases, order allowance or other compensatory adjustment among the parties in an action for partition according to the principles of equity.”[1]California Code of Civil Procedure 872.140

California law clearly applies this rule to improvement as follows: “As far as practical, and to the extent it can be done without material injury to the rights of the other parties, the property shall be so divided as to allot to a party any portion that embraces improvements made by that party or that party’s predecessor in interest. In such division and allotment, the value of such improvements shall be excluded.[2]California Code of Civil Procedure 873.220

This statute suggests that improvements can be awarded regardless of the manner of partition whether a partition by sale or partition in kind. As one secondary source explains: “Whether the partition is by a division of the property or the distribution of the sales proceeds, the cotenant who has made the improvement is entitled to the resulting enhancement in value.” [3]Miller & Starr, Right of partition—Compensation for improvements, 4 Cal. Real Est. (4th ed.) § 11:19 (citing Wallace v. Daley (1990) 220 Cal.App.3d 1028, 1035–38

The general rule explained by courts is as follows: “where one cotenant, in good faith, with or without the consent of the other cotenant, makes permanent improvements necessary to preserve the common property, partition will not be decreed without first ascertaining the cost of those improvements and making suitable allowance for them.”[4]48 Cal. Jur. 3d Partition § 16 (citing Ventre v. Tiscornia (1913) 23 Cal. App. 598, 602 (“Accordingly it has been uniformly held that, where it is shown that one cotenant in common has, in … Continue reading

Improvements Made by a Co-Owner’s Predecessor In Interest

On some occasions, the improvement was not made by the co-owner, but rather by a former owner who transferred their interest to the current owner. This can arise, for example, when a co-ownership interest is inherited. The law suggests that such improvements can be claimed by the predecessor in interest (current owner), with one statute allowing for the recovery of “any portion that embraces improvements made by that party or that party’s predecessor in interest.”[5]California Code of Civil Procedure 873.220; seeWallace v. Daley (1990) 220 Cal.App. 3d 1028, 1036

One secondary source suggests a limit to the ability to recover for improvement by a co-owner in possession as follows: if “the expenditures were for the ordinary type of repairs and improvements and the property was occupied solely by the persons who expended the money, there is no error in refusing an allowance therefor.”[6]48 Cal. Jur. 3d Partition § 16 (citing Gerontopoulos v. Gerontopoulos (1937) 20 Cal. App. 2d 261, 265- 66)

Courts also suggest no ability to recover for improvements where the co-owner is or was a tenant at the property. In one case, the co-owner had formerly been a tenant, but then became a co-owner. The court found that: “Where, in addition to being tenants-in-common, the relation of the parties to partition is, in fact, that of landlord and tenant, no improvement of all or any part of the common property, made by the tenant in possession in the character of an ordinary tenant, can, in the absence of a covenant covering the construction and cost of such improvement, constitute the basis of an enforceable claim for contribution on partition.”[7]Wallace v. Daley (1990) 220 Cal. App. 3d 1028, 1039 Yet another case found that: “We know of no rule of law requiring a cotenant out of possession to contribute for moneys paid in connection with the property by the cotenant in possession while during the very period for which the moneys were paid he asserted exclusive ownership in himself.“[8]Regalado v. Regalado (1961) 198 Cal.App.2d 549, 552

This case suggests that there may be no recovery for repairs or improvements by a co-owner where the co-owners have a lease allowing one or more co-owners to be in sole possession.

Recovery for Improvements by Joint Tenants is Unclear

Some courts allow only the out-of-pocket cost, finding that: “Even though one cotenant does not consent to the making of an improvement, since an action for partition is essentially equitable in its nature, a court of equity is required to take into account the improvements which another cotenant, at his own cost in good faith, placed on the property which enhanced its value and to award such cost to him.”[10]Mercola v. Chester (1950) 97 Cal.App. 2d 140, 143; seeHunter v. Schultz (1966) 240 Cal. App. 2d 24, 33 (affirming the decision where a trial “court found that defendants expended … Continue reading One statute suggests that “the value of such improvements shall be excluded” in a division of the property by partition in kind and, perhaps, partition by sale.[11]California Code of Civil Procedure 873.220

Other commentators suggest that the award would relate to the increased rental value, perhaps awarding a co-owner the portion of the back rent paid by tenants as a result of the improvement. “If improvements made by one cotenant were necessary and enhanced the rental value of the property, the other cotenant must elect either to contribute equally to the cost or to relinquish all claim to increased rentals resulting from the improvements. A cotenant who shares in the benefit of the improvements is chargeable with that cotenant’s proportion of their cost though they were made without that cotenant’s consent, express or implied.”[12]48 Cal. Jur. 3d Partition § 164 (citing Ventre v. Tiscornia (1913) 23 Cal.App. 598)

The measure of damage can be important when improvements increase the value of the property in excess of the out-of-pocket costs. Conversely, there are times where the increased value is minimal in comparison to the cost of the improvement.

Issues of proof can also arise when the claim is an out-of-pocket expense to the extent the co-owner lacks documentation in support of the improvement. Conversely, it can create an debatable issue between the co-owners as to the increased value resulting from the improvement.

The case law suggest various factors for whether the court will award improvements to the co-owner who paid for the improvement as follows:

Understanding whether improvements to a property can be compensated requires the skill of an experienced partition attorney.