Am I Responsible For My Spouse’s Debts? 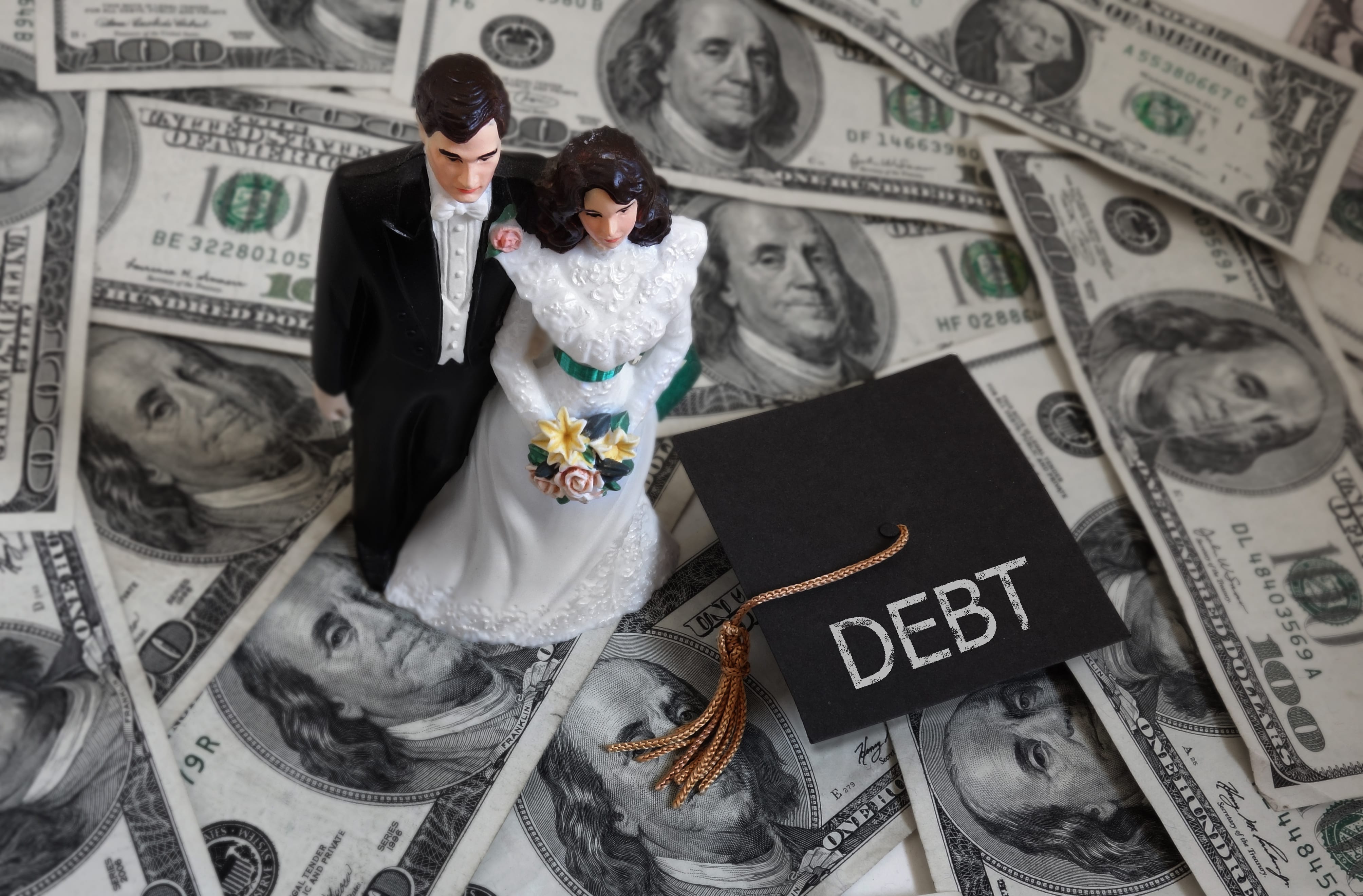 Contents hide
When Are You Responsible For Your Spouse’s Debts?
Do you live in a community property state?
What does community property mean?
Community property
Separate property
Debt Acquired During Marriage—Community Debt
Debt Acquired Before and During Marriage—Separate Debt
Debt Acquired After Legal Separation or Divorce—Separate Debt
When Can My Separate Property Be Used To Satisfy A Debt?
Your Own Debts
Your Spouse’s Debts and Community Debt
What Debts Can a Creditor Hold the Community Property Liable?
How Can I Ensure I Will Not be Liable for My Spouse’s Separate Debts?
Am I Responsible for My Spouse’s Debt After Marriage (Divorce)?
Contact an Experienced Family Law and Bankruptcy Attorney in Los Angeles, Orange County, San Diego, Riverside, Palm Springs, San Bernardino, Palo Alto, and San Jose

When Are You Responsible For Your Spouse’s Debts?

Marriage should be a joyous time of love and unity. The “what’s mine is yours” mentality can apply to almost everything in a marriage, including debt. With consumer debt reaching $14 trillion, it is no wonder that many people are concerned how their financial liabilities will affect their spouse (and vice versa). The experienced family law attorneys and bankruptcy litigators at Talkov Law explain how spousal debt can affect both parties of a marriage, even the party that did not initially incur the debt.

Do you live in a community property state?

What does community property mean?

In California, a married person’s property is characterized as either community property or separate property.

Even further, the earnings and accumulations of a spouse after the date of separation of the spouses, are the separate property of the spouse. Cal. Fam. Code § 771(a)

A debt is considered community debt, meaning each spouse is liable for the debt, if:

Debt Acquired Before and During Marriage—Separate Debt

Debt acquired after legal separation or divorce is generally owed solely by the spouse that incurred the debt, unless incurred for family necessities or to maintain jointly owned assets.

When Can My Separate Property Be Used To Satisfy A Debt?

A spouse’s separate property may be used to satisfy debt incurred by that spouse before or during marriage. Cal. Fam. Code §910.

Your Spouse’s Debts and Community Debt

Separate property cannot be held liable for repaying another spouse’s separate debts (non-community debt), whether incurred before or during marriage, unless the debts were incurred for necessities of life (i.e. food, shelter). Cal. Fam. Code §914(a)(1), (b).

What Debts Can a Creditor Hold the Community Property Liable?

Except as otherwise expressly provided by statute, the community estate is liable for a debt incurred by either spouse before or during marriage, regardless of which spouse has the management and control of the property and regardless of whether one or both spouses are parties to the debt or to a judgment for the debt.

However, the wages of one spouse cannot be reached to satisfy a debt incurred by the other spouse before marriage so long as the wages are held in a deposit account where the debtor spouse has no right of withdrawal. The non-debtor spouse must also ensure that their wages remain separate (uncommingled) from community property. Cal. Fam. Code §911(a).

How Can I Ensure I Will Not be Liable for My Spouse’s Separate Debts?

In community property states such as California, couples can sign a prenuptial (before marriage) or postnuptial (after marriage) agreement to both recharacterize property and have their debts treated as separate debts. Cal. Fam. Code §1500.

If you sign a postnuptial agreement, such agreement will only protect you from liability of future debts and you will remain liable for debts already owed/incurred.

Am I Responsible for My Spouse’s Debt After Marriage (Divorce)?

If you and your spouse divorce in California, the debts you brought into the marriage are yours alone. Debts incurred after marriage can be divided equally between you and your former spouse.

Navigating intricacies of debt before, during, and after marriage is a complicated subject and there are exceptions to every rule. We highly recommend you consult an experienced California family law attorney or bankruptcy lawyer. For a free consultation with the attorneys at Talkov Law, contact (844) 4-TALKOV (825568) or info(at)talkovlaw.com.

Marriage of Mullonkal & Kodiyamplakkil - Community… How Long Does a Divorce Really Take in California? Bifurcation of Marital Status in a California… The Ultimate Guide to California Spousal Support Can the Family Court Dismiss My Case? In re Brace: Is Your House Community or Separate…

Ferdeza Zekiri is an attorney at Talkov Law in San Diego. The focus of her practice is real estate law and trusts, probate & estate law in California. She can be reached at (858) 800-3300 or ferdeza@talkovlaw.com