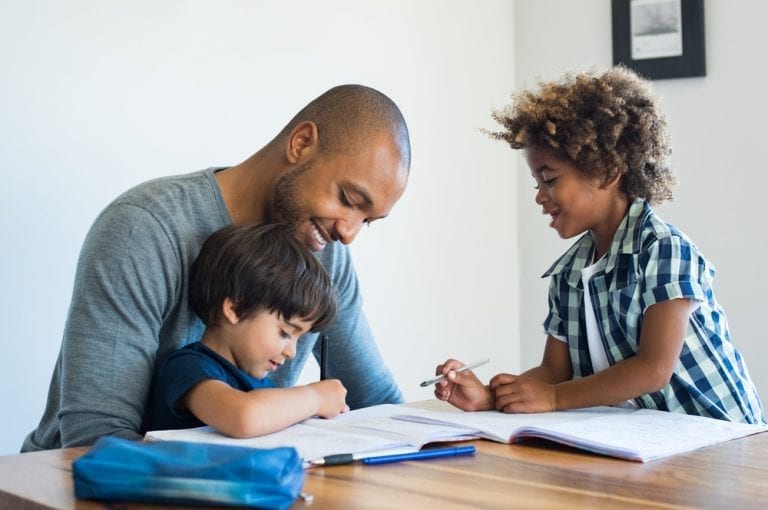 Before entering into the arena of family law and custody battles, people tend to talk about “custody” in very general terms. You hear about someone having “custody” of their kids or parents “sharing custody” of their kids. When parents first find themselves in front of a child custody attorney, family court judge, or child custody mediator, they often still use these general terms, vehemently advocating for “full custody” of a child. These parents often find themselves frustrated, feeling like no one is understanding or listening to them.

What is the Difference Between Legal Custody and Physical Custody?

Having a basic understanding of how child custody laws in California work is important for any parent to better be able to communicate what child custody arrangement would be in the best interests of their child.

Here is a complete beginner’s guide to child custody laws in California.

Types of Child Custody in California

Child custody determinations may arise in any of the following matters under Family Code 3021:

Legal Custody of a Child in California

Legal custody has to do with who has the authority to make major decisions about the health, education, and welfare of a child.

A parent with legal custody of a child makes the decisions about:

An example of language found in a court order or stipulation (agreement) for joint legal custody is:

A. The parents shall share in the responsibility to make decisions regarding the health, education, and welfare of the child.

B. Each parent shall notify the other of the name and address of each health practitioner who examines or treats the child, such notification to be made within 3 days of the commencement of the first such treatment or examination.

D. Each parent will have access to the child’s school, medical, and dental records and the right to consult with those professionals providing services to the child.

E. Each parent shall be designated as a person the child’s school is to contact in the event of an emergency.

F. Notification of parent’s current address. Each parent shall keep the other advised at all times of his/her current residence address, telephone numbers (home and work), the child’s school, and the location of any place where the child will be spending any extended period of lime four days or longer.

Neither parent may use such information for the purpose of harassing, annoying or disturbing the peace of the other or invading the other’s privacy. If a parent has an address with the State of California’s Safe at Home confidential address program, no residence or work address is needed.

G. Notification of proposed move of child when that move will impact the ability of the child to visit regularly with the non-custodial parent. The parent intending to move the child must notify the other parent 45 days prior to any planned change in residence of the child.

H. In exercising joint legal custody, the parties will share in the responsibility and discuss in good faith matters concerning the health education, and welfare of the child. The parties must discuss and consent in making decisions on the following matters:

1) Enrollment in or leaving a particular private or public school or daycare center;
2) Beginning or ending psychiatric, psychological, or other mental health counseling or therapy;
3) Participation in extracurricular activities;
4) Selection of a doctor, dentist, or other health professional (except in emergency situations).

I. If a party does not discuss and obtain the consent of the other party to the decisions indicated in item H above,

1) He or she may be subject to civil or criminal penalties.
2) The court may change the legal and physical custody of the minor child.

J. In all other matters in exercising joint legal custody, the parents may act alone as long as the action does not conflict with any orders concerning the physical custody of the child.

Generally, in California, parents tend to end up sharing joint legal custody of their children, unless there is some reason for the court to award sole legal custody to one of the parents.

An example of language found in a court order or stipulation (agreement) for sole legal custody is:

A. Each parent will have access to the child’s school, medical, and dental records and the right to consult with those professionals providing services to the child.

This language notably lacks the requisite communication and joint authority contained in the joint legal custody example. The reason for that is simple: a parent without legal custody of a child does not have the authority to make such decisions and does not need to be consulted prior to such decisions. If a parent has sole legal custody, they can make all major decisions regarding the child without consulting the other parent. The other parent can still make small, day-to-day choices when caring for the child, however.

Generally, parents cannot be prevented from having access to their child’s school, medical, and dental records whether they have legal custody of the child or not. California Family Code 3025 provides rights, even to noncustodial parents, to a child’s “medical, dental, and school records.”

This general rule can be complicated by federal rules under certain circumstances, however. The main federal law that relates to a parent’s ability to access their child’s medical records is the Health Insurance Portability and Accountability Act (HIPAA). The HIPAA Privacy Rule specifically disallows parental access to their child’s records when state laws allow minors to consent for their own procedures. Here is a summary of procedures for which minors may consent in California (i.e. parents cannot access these records): 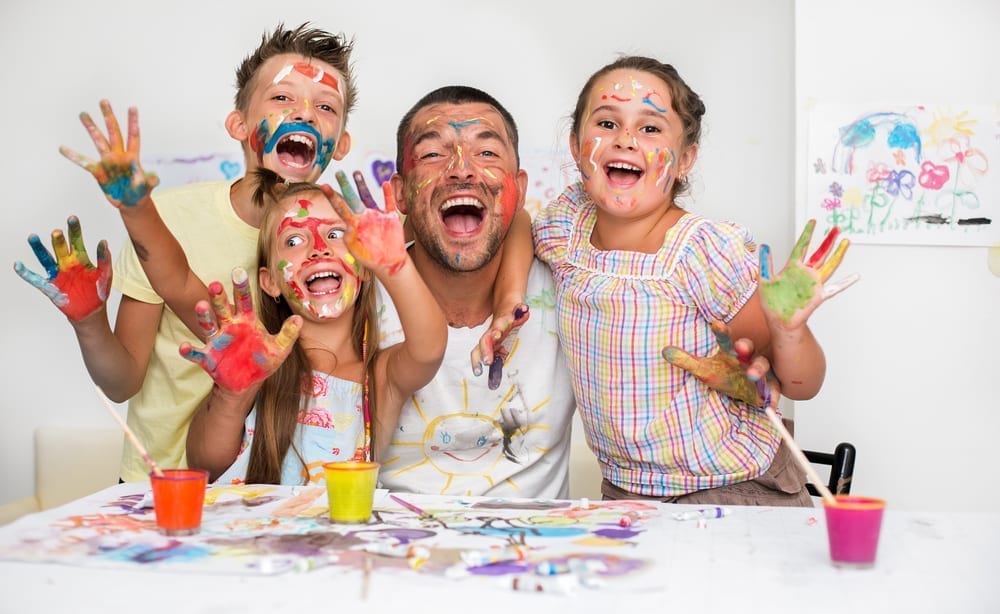 Physical Custody of a Child in California

1. Joint Physical Custody of a Child in California

An example of language found in a court order or stipulation (agreement) for joint physical custody is:

The parties shall share JOINT PHYSICAL CUSTODY of the child. Both parents shall share the physical care, custody, and control of the child reasonably between them in such a manner as to ensure that the child maintain frequent and continuing contact with both parents. FATHER/MOTHER’S home shall be considered the child’s primary residence for school enrollment purposes.

1) FATHER shall have the minor child at all other times.

C. BOTH PARENTS shall have as much additional parenting time with the child as can be agreed upon by the parents.

2. Sole Physical Custody of a Child in California

An example of language found in a court order or stipulation (agreement) for sole physical custody is:

FATHER/MOTHER shall have SOLE PHYSICAL CUSTODY of the child.

1) EXAMPLE: MOTHER shall have visitation with the child on alternating Saturdays from 10 AM until 6 PM, commencing December 19, 2020.

B. FATHER shall have the minor children at all other times not specifically allocated to MOTHER herein.

When one parent has sole physical custody of a child, the child will live with them full time and have visits, potentially supervised visits, with the other parent, unless the court finds that visits wouldn’t be in the child’s best interest.

Who Has Custody of a Child if There is No Court Order?

If there is no child custody order in place, both parents have an equal right to custody of the child and either parent may lawfully take physical possession of the child at any time. Oftentimes, unreasonably withholding a child from the other parent is the event which prompts the parent from whom the child has been withheld to seek judicial intervention. Taking the child away without the other parent’s consent can be held against a parent in court if that action was not reasonable.

Reasons for Sole Custody of a Child in California

Most courts start with an assumption that children benefit from spending time with both parents. However, they know joint custody is not appropriate in every situation. A father or mother can lose custody of their child resulting in an award of sole legal and/or physical custody of the child to the other parent in the following circumstances:

If the other parent decides to fight for custody and oppose the request, however, you may face a long battle. Be prepared to show why sole custody would be in the child’s best interest and provide proof of any allegations you make. If there is already an existing order for joint legal or physical custody, modifying the order will also require a showing of a change in circumstance.

Parents can always return to court to request more visitation time with the child down the road, however.

You Can Seek Sole Custody, but Be Cautious About Your Claims

While you are trying to seek primary custody, it’s important to be cautious about how you represent the other parent. The last thing you should do is anything that makes it seem like you’re talking badly about them to your children or making up stories to try to win custody. A judge wants to see facts, not claims made because of hurt feelings or emotional distress.

Badmouthing another parent is a big mistake in court. If the family court believes that you’re the one causing problems and creating a divide between that parent and your children, then you could actually be hurting your case for custody as it may appear you are trying to alienate your child’s affection. That doesn’t mean you can’t present facts, but you should be cautious about how you do so.

Allow the evidence to speak for itself, and ask for the custody arrangements that you want.

No parents really want to go to trial to have a judge decide on custody because that takes away control. However, if you have found that it’s the only option and that you want to fight for sole or primary custody, you should work closely with your attorney to do so in a favorable manner. Click here for help finding the best family law attorney for your child custody case.

All of the issues discussed in this article are inherently emotional and complex. Whether you want to reach a child custody agreement or are fighting for custody of your child, having a family law attorney who understands the legal principles and day-to-day struggles facing parents can help you get the best result for your family. If you have questions for a child custody lawyer, contact us online today for a free consultation.