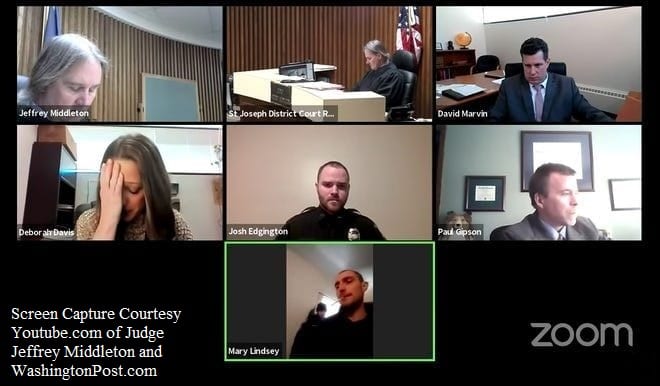 Whether it is a criminal proceeding for a defendant charged with a crime involving domestic abuse or a hearing in family law court for a domestic violence restraining order, alleged victims and abusers are now testifying remotely, from the “comfort” of their own home.

These proceedings are not confidential and the public has a First Amendment right to attend all stages of criminal trials and all non-confidential family law proceedings. (See Cal. Fam. Code § 214; Richmond Newspapers, Inc. v. Virginia (1980) 448 U.S. 555, 580.)

California courts, along with most others in the nation, have opted to live-stream these hearings in order to provide the public with access to the virtual proceedings. However, pre-pandemic access to the public generally meant that the 10 or 20 people in the audience of the courtroom, likely people waiting for their own case to be called, would bear witness to the proceedings. The reality of live-streaming virtual proceedings means that videos of these hearings are routinely posted by the court, and can amass thousands, perhaps even millions of views.

The virtual court hearing was cut short after the defendant was found at the same home as the alleged victim while the hearing took place on March 2, 2021. The YouTube video was viewed more than 1.4 million times before it was taken down, according to an in-depth March 12, 2021 article in the Washington Post by Hannah Knowles.

Coby Harris was charged with assault in connection to a February 9, 2021 incident with his girlfriend, Mary Lindsey. Harris was out on bond, a release which included the condition that he was not to contact Lindsey.

Lindsey appeared frightened during the virtual hearing as she spoke from her apartment, Assistant Prosecuting Attorney Deborah Davis first said, KIRO 7 reported. She appeared reluctant to answer any questions and unable to explain why she called the police on Defendant Harris, according to Attorney Davis.

“Your Honor,” Attorney Davis said during the hearing, which was streamed on the judge’s YouTube channel. “I have reason to believe that the defendant is in the same apartment as the complaining witness right now, and I am extremely scared for her safety. The fact that she’s looking off to the side and he’s moving around, I want some confirmation that she is safe before we continue.”

St. Joseph County District Judge Jeffrey Middleton ordered Defendant Harris to walk outside and show him the number on the home from which he was Zooming.

Defendant Harris refused to show the court the number on his door, saying his phone battery was about to run out.

Lindsey got up to answer. “Take your phone with you, so that I know you’re okay,” Attorney Davis said.

Moments later, Defendant Harris appears at Lindsey’s screen attempting to apologize for lying and asks that the no-contact order be dropped.

Judge Middleton interrupted Defendant Harris, “Mr. Harris, I advise, don’t say anything else. Take the cigarette out of your mouth. The hearing is adjourned. Your bond is canceled.”

“This is an issue we didn’t have when we were at live court,” Judge Middleton said. “It’s the first time I ever had anybody sitting in the next room potentially intimidating a witness,” Judge Middleton continued.

Defendant Coby Harris, who was charged as a habitual offender, faces a charge of assault with the intent to create great bodily harm, a felony that carries up to 10 years in prison with an enhanced sentence of up to 15 years in prison.

The video has struck a nerve with domestic violence survivors for how it exposes the complexities of abuse, but it also shines a spotlight on problems arising in this post-pandemic virtual access to justice.

Another sad reality is that baseless requests for domestic violence restraining orders are filed all the time in California family court. Pro per litigants often file a request for a domestic violence restraining order (DVRO) in an attempt to win a custody battle or obtain exclusive possession of a residence based on allegations of conduct which do not amount to abuse under California family law.

It is also not uncommon for a couple to have a fight and break-up, only to reconcile get back together. If a DVRO was filed during that fight/break-up, it could very well be that the hearing occurs after the parties have reconciled. In such a circumstance, the parties may indeed appear at the virtual domestic violence court hearing from the same location.

If we start assuming that any time this occurs the responding party is engaging in intimidation to influence the petitioning party, we are essentially saying that you can never reconcile with your significant other if they have filed a DVRO against you because that will be per se evidence that you are abusive because you are engaging in witness intimidation. We would in effect be shifting the burden of proof from the petitioning party in a DVRO to the responding party. 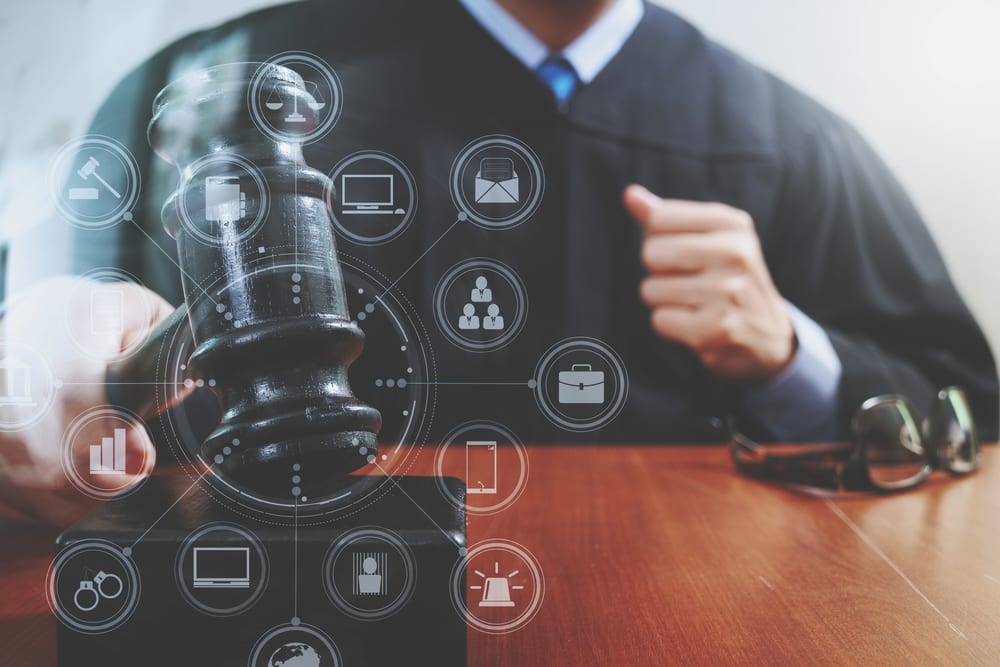 Are There Benefits to Virtual Domestic Violence Court Hearings?

Having gone through many of the potential downsides of holding domestic violence hearings virtually, the question seems to be whether there are any benefits to holding virtual domestic violence court hearings.

A federal judge in the Northern District of California recently announced he plans to continue holding status conferences virtually, even after the pandemic has ended. U.S. District Court Judge James Donato indicated he was interested in continuing virtual conferences, “regardless of what a post-vaccination world looks like.” Though the full return to in-person proceedings remains on hold, Judge Donato’s comments are a clear signal that the court system is embracing the benefits that virtual conferencing technology can offer.

In a pre-pandemic world, witnesses (including alleged victims of domestic violence) had to take a day off from work, drive (sometimes long distances) to the courthouse, and wait (sometimes hours) for their turn to testify. Hearings are regularly continued by the court for a litany of reasons, so parties and witnesses often had to return to the courthouse numerous times just to get their testimony on the record. Testifying meant sitting on the witness stand in the front of the courtroom, across from the alleged abuser, staring out at the audience, which varied in size, as they all listened to you testify and get cross examined.

The benefits of holding these hearings virtually in this regard are very clear. It is more convenient for witnesses to log in to the hearing from home or work and go about their day until it is their turn to testify. A post-it note over the alleged abuser’s face can even make testifying easier.

Holding hearings remotely can also be highly beneficial for California restraining order attorneys involved. Family law attorneys no longer have to waste hours in the car driving from courthouse to courthouse to attend hearings. Because family law attorneys bill by the hour, so this benefits litigants and attorneys alike. During the virtual hearings, attorneys can have the entire electronic file open on their screen, allowing them to quickly access documents, facts, and information without having to flip through boxes of files in the courtroom.

Whether virtual hearings are here to stay is yet to be determined, but it is clear that while there are bugs to work out, there are also many benefits to a more tech-forward family court system.

California’s domestic violence procedures are complex and trying to navigate them without help of a California family lawyer can be frustrating. If you have questions about restraining orders, contact our accomplished and dedicated lawyers by calling (844) 4-TALKOV (825568) or contact us online for a free consultation with our experienced family law attorney, Colleen Talkov, who can guide you through the court process in a prompt and clear manner.

Colleen Talkov is a Partition Attorney at Talkov Law in California. She can be reached at (844) 4-TALKOV (825568) or colleen@talkovlaw.com.