What is a Lis Pendens in California Real Estate Law? 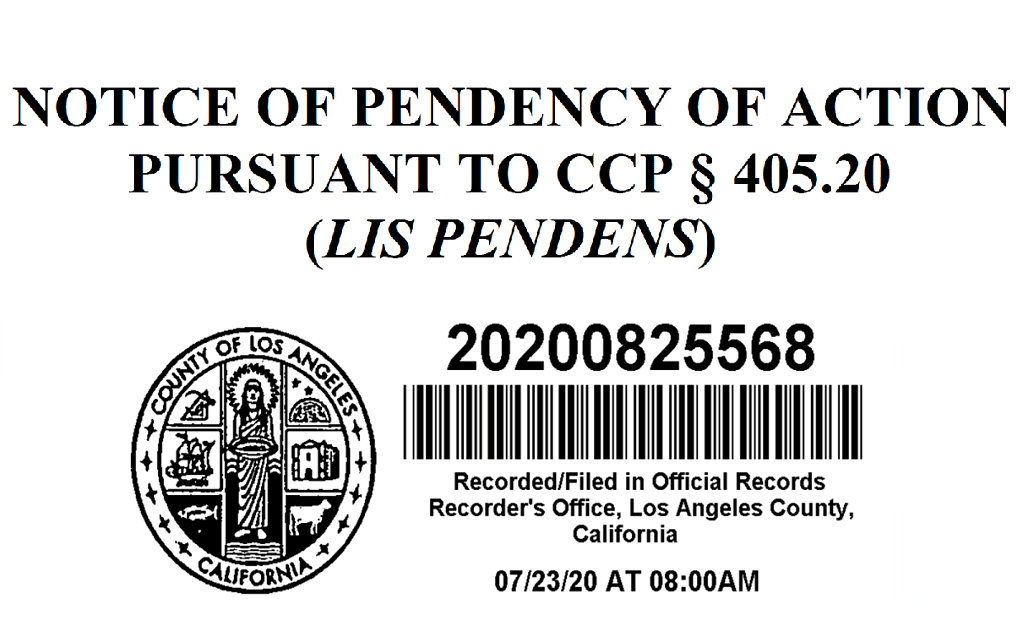 Contents hide
1. What is a Lis Pendens (Notice of Pendency of Action) under California Real Estate Law?
2. Recording a Lis Pendens is a Privileged Activity that Does Not Give Rise to Damages
3. Contact an Experienced Lis Pendens Attorney in California

What is a Lis Pendens (Notice of Pendency of Action) under California Real Estate Law?

Formerly known as a “lis pendens,” a notice of pendency of action is a written document, recorded with the county recorder, that provides constructive notice of a pending court action (i.e. a lawsuit) that affects title to, or possession of, real property. In other words, a lis pendens means that there is a pending lawsuit related to a property.

The trick to a lis pendens is found in California Code of Civil Procedure (CCP) § 405.24, which provides that: “From the time of recording the notice of pendency of action, a purchaser, encumbrancer, or other transferee of the real property described in the notice shall be deemed to have constructive notice of the pendency of the noticed action as it relates to the real property and only of its pendency against parties not fictitiously named. The rights and interest of the claimant in the property, as ultimately determined in the pending noticed action, shall relate back to the date of the recording of the notice.” 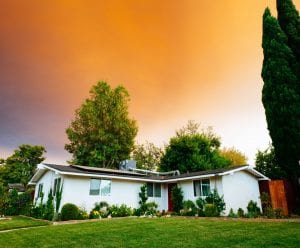 What this means is that the judgment in the pending lawsuit will be deemed as though it occurred on the date that the lis pendens was recorded. For example, if you hire a real estate lawyer who persuades the court in a quiet title action that the record owner has no interest in the property, any later-recorded judgments against the owner of record will not attach to the property.

This is because California Civil Code § 1214 codifies California’s race-notice recording statutes, providing that: “Every conveyance of real property . . . is void as against any subsequent purchaser or mortgagee of the same property, or any part thereof, in good faith and for a valuable consideration, whose conveyance is first duly recorded, and as against any judgment affecting the title, unless the conveyance shall have been duly recorded prior to the record of notice of action.”

As the Ninth Circuit explained, “[r]ecordation of a lis pendens binds all subsequent parties who acquire an interest in the property by the judgment thereafter rendered in the action.” In re Lane, 980 F.2d 601, 603 (9th Cir. 1992). The Lane court also found that “the filing of a valid lis pendens is a transfer within the meaning of the Bankruptcy Code” that may be avoided by way of a preference action. Id. at 606.

So long as the former spouse is outside the preference period (for insiders, one year before the bankruptcy petition), the lis pendens is notice to any buyer that the seller, such as a Chapter 7 trustee, may not hold title to the properties. See Dyer v. Martinez (2007) 147 Cal. App.4th 1240. This is one of the many overlays that allows an experienced divorce and bankruptcy attorney to provide a better result.

Sometimes, parties with a lis pendens on their property will look for any way to avoid the ramifications that their property cannot be sold such that they will try to generate some claim that the recording of the lis pendens created damages other than their attorney’s fees on a motion to expunge that lis pendens.

Such a claim would be totally without merit. That is because: “The publication of the pleadings is unquestionably clothed with absolute privilege, and we have concluded that the republication thereof by recording a notice of lis pendens is similarly privileged.” [1]Albertson v. Raboff (1956) 46 Cal. 2d 375, 379; see Miller & Starr, Privileged publication, 4 Cal. Real Est. (4th ed.) § 10:46 (citing Albertson)

In other words, the recording of the lis pendens with the county recorder is the same as filing with the court- no damages can result from filing a lawsuit, which is an activity quintessentially protected by the First Amendment. Fictional claims of damages should result in an Anti-SLAPP motion.

Because a lis pendens is such a powerful tool to resolve legal disputes regarding title to or possession of real property, California law requires that you either have an attorney file the lis pendens or apply to a court. Indeed, the ramifications of filing an erroneous lis pendens can be serious, including a lis pendens expungement. We have provided a free lis pendens form available for use with an attorney. If you have questions about lis pendens law, contact Talkov Law’s skilled real estate litigation attorneys either online or over the phone at (844) 4-TALKOV (825568).